Round 2 Preview: Predators Vs. Blues 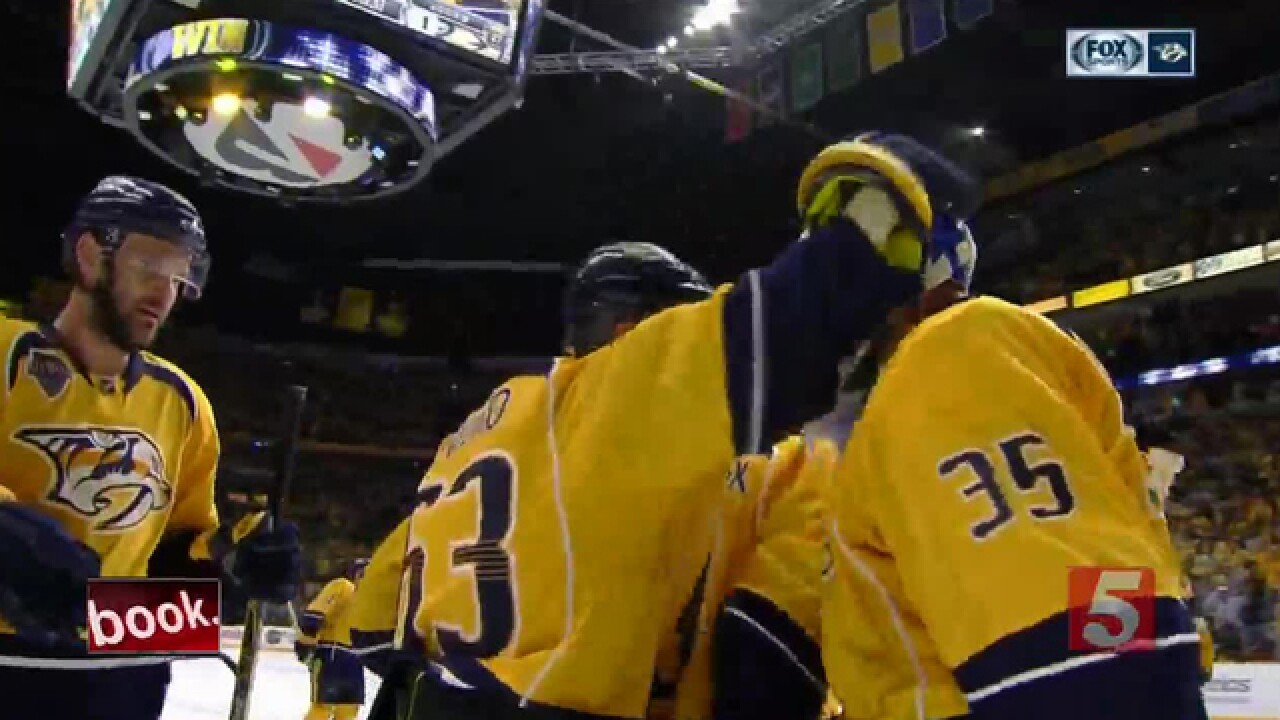 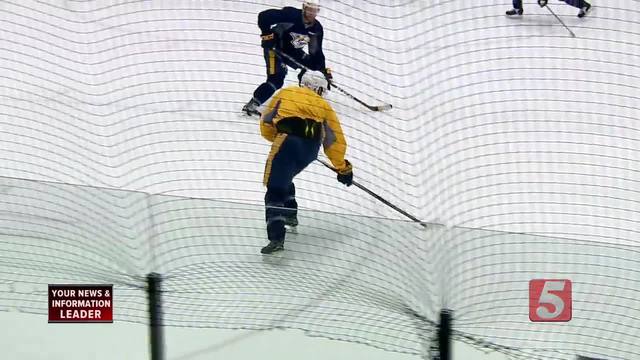 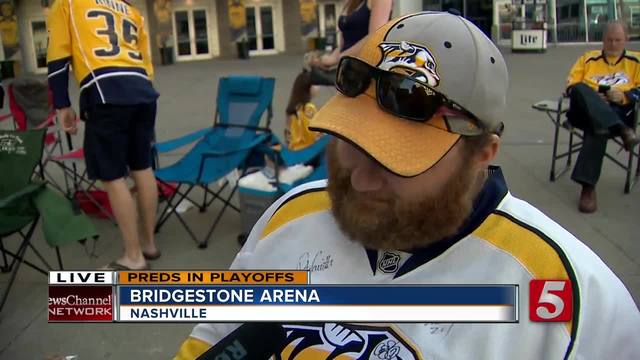 The Predators will finally drop the puck on round two of the playoffs Wednesday night in St. Louis against the Blues. It will be the team's first game since last Thursday when it completed a sweep of the Blackhawks.

The question heading into the night is whether the six days off will lead to a rested team or a rusty team in game one.

"We're going to practice every day," Predators defenseman Ryan Ellis said. "But you never turn down rest this time of year because you never know how long this series will go."

The Predators were at their absolute best in round against Chicago. We'll see if they can carry that over or if the layoff will have any impact.

A year ago the Predators traveled over 20,000 miles, flying back and forth to Anaheim and San Jose during the first two rounds of the playoffs. Throw in two grueling seven-game series and a weary Preds team had nothing left for it's game seven second round loss against the Sharks.

That should not be a problem this year. Besides their abbreviated work against Chicago, the Preds' flight to St. Louis Tuesday was just their second trip of the postseason.

Besides putting a dent in their frequent flier miles, that should lead to a fresher team as what they hope to be a long playoff run continues.

"We're normal this year," Nashville head coach Peter Laviolette said. "Last year wasn't normal, going back and forth to the west coast. Hopefully this will allow us to be at our best."

A lot was made of the Predators sending the rival Blackhawks packing from the playoffs for the first time ever in round one. The Preds and Blues have never met in the postseason, but their series is not without history.

The two teams' have been Central Division rivals since Nashville's inaugural season in 1998-99. That's 18 seasons of hockey with four or five games against the team that is each team's closest geographical rival.

But no playoff games until now.

Both teams are looking for a playoff breakthrough. A series win against the Blues would give the Predators their first ever trip to the Western Conference final.

St. Louis reached the conference final just last year but, like the Preds, has never won a Stanley Cup since the team was incepted in 1967-68.

This series will likely look and feel much different than the Blackhawks series for the Predators. The Blues play a much more defensive, physical style than the speedy, skilled Hawks.

How Nashville matches up with that contrasting style will be an interesting thing to watch in the early part of the series.

The Predators loved their matchup with Chicago, stacking their lines with their fastest and most skilled players. The result was a team that beat Chicago at its own game, controlling the puck and outchancing the explosive Hawks on the way to 13 goals in the four-game sweep.

Will Laviolette to elect to go with what got him there and stick with the speed and skill? Or might we see a heavier lineup that might include veterans like Vernon Fiddler or P.A. Parrenteau against the physical Blues.

"We didn't have to adjust in round one," Laviolette said. "But I think we've done a good job of adapting to the different styles we play against in the division. Some teams have speed, some teams are more physical and sometimes have both. I think our guys do a good job of figuring out how we need to play."

Laviolette figured out exactly how the Predators needed to play in round one, pushing all the right buttons against the Blackhawks. Can he duplicate that against the Blues?

He should get at least one assist when making up his lineup. Forward Colin Wilson has practiced the last three days and should return to action in game one after missing the entire first round due to a lower body injury.

St. Louis fired head coach Ken Hitchcock on February 1st, having won just 24 of its first 50 games. They replaced him with coach-in-waiting Mike Yeo, a move that paid immediate dividends.

The Blues finished the regular season with 22 wins in their final 32 games, tying the Capitals for the most points in the NHL during that span with 46.

"I don't know what goes on in that room, but I see the same stats you see," Laviolette said. "Since February 1st, they've been the best team in the National Hockey League."

Yeo deserves a ton of credit for changing the Blues defensive system, a move that turned them into the best defensive team in the league. The Blues allowed a NHL-low 60 goals over the final 32 games of the regular season.

That defense will try to slow down a Preds' attack that was at its best in round one, led by the potent top line of Filip Forsberg, Ryan Johansen and Viktor Arvidsson.

Goaltender Jake Allen has been a key to the Blues' success. The best goaltender in the NHL down the stretch of the season, Allen posted a .956 save percentage in their 4-1 series victory over the Wild in round one.

The only goalie better so far in the playoffs? The Predators' Pekka Rinne, who stopped .976 of the shots he faced in round one, allowing just .70 goals per game.

It'll be difficult for Rinne to match those numbers, but he needs to be good again in round two for the Predators to advance.