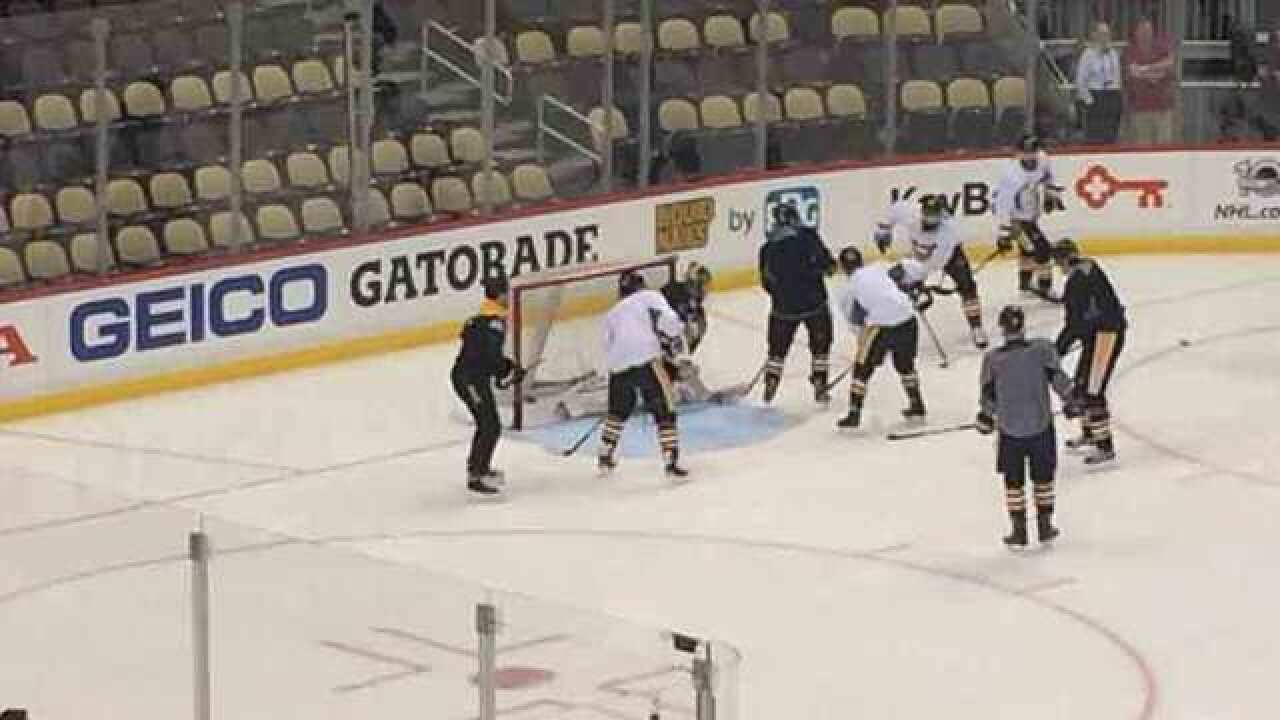 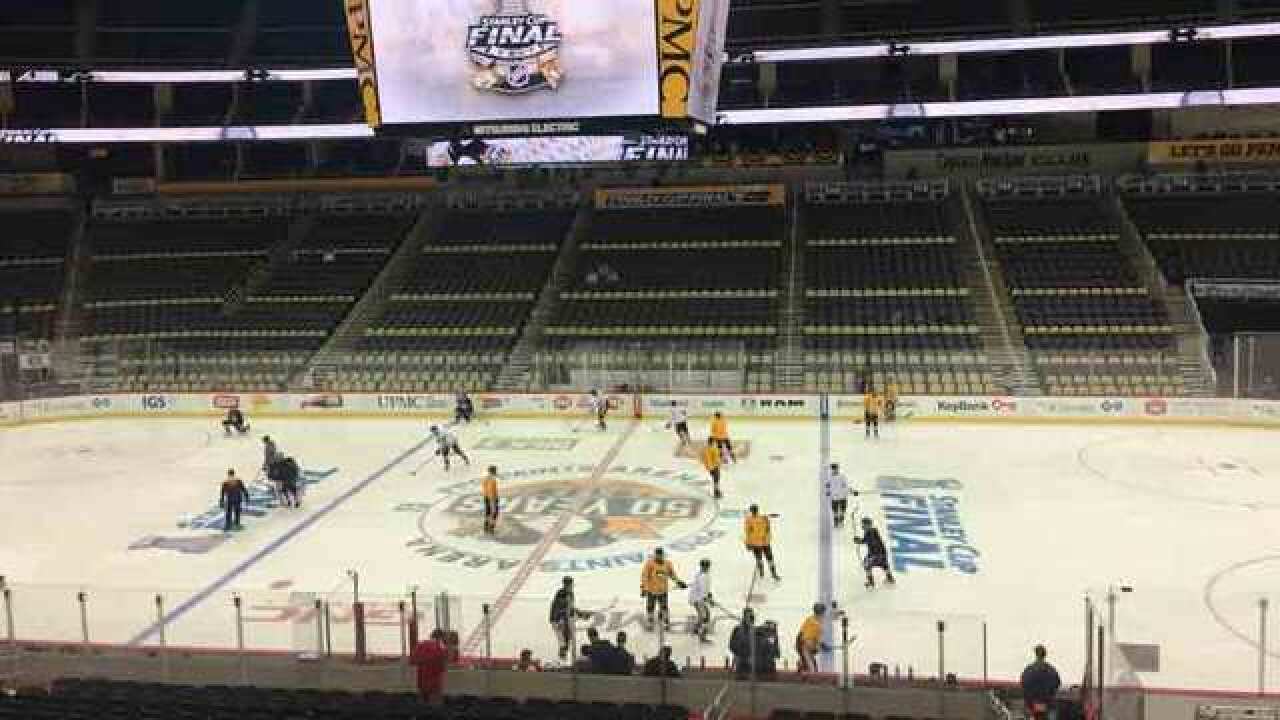 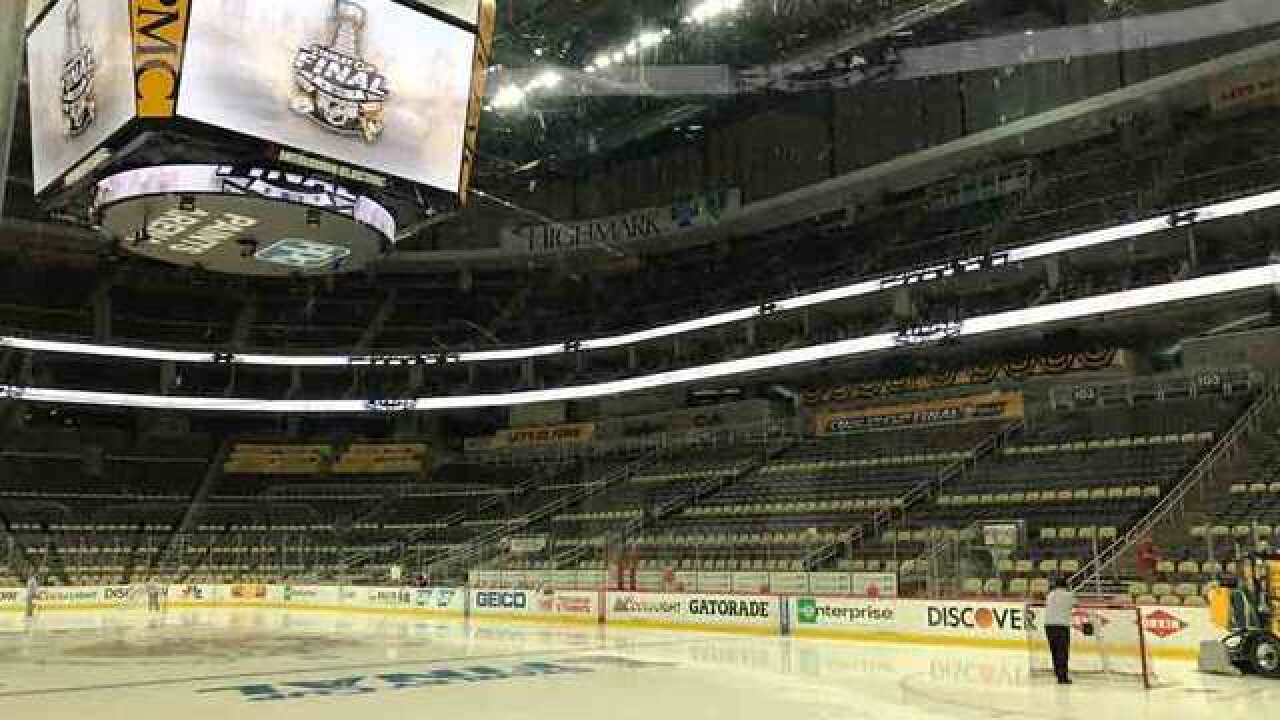 It's been nearly a week since the Predators won the Western Conference Championship and punched their tickets to the Stanley Cup Final.

But the idea became a reality Sunday as they took the ice for practice at PPG Arena, skating over ice freshly painted with the Stanley Cup Final logo.

"You land in the city you're playing in and it just kind of hits (you)," Predators defenseman Matt Irwin said. "This is what you're doing and this is what's on the line."

What's on the line for the Predators and Penguins in this series is the Stanley Cup, the most revered and celebrated trophy in all of sports. On Sunday the Cup sat on a podium near the NHL Network set, prominently displayed next to the Conn Smythe Trophy given to the MVP of the playoffs in a way that each player on both teams had to walk by it when they entered the media hall.

Another reminder that this is what's every single player in the NHL dreams of playing for, and now the Predators will get the chance to do it for the first time in franchise history.

"It's amazing," Predators defenseman Ryan Ellis said while gazing off in the distance at the trophy's shine. "As a kid, you dream of it, you see it on tv, you see all the games growing up and now that you're actually in a Stanley Cup Final and you have a chance to maybe actually raise it, its very exciting."

The Penguins, of course, know what it's like to play for and win the Cup, having done it just last year. They have the opportunity to become the first team since the 1997-98 Red Wings to repeat as Stanley Cup Champions in this series.

They say experiencing the thrill of hoisting the Cup a year ago has fueled their fire for this season. Now they have a chance to make history as one of the rare teams in NHL history to go back-to-back.

"We're right on the doorstep and we all can feel it," veteran Penguins forward Matt Cullen said Sunday. "It's a pretty incredible feeling to be here, but we're smart enough to know that there's still work to be done."

While the experience may play a factor in this series, the Predators should not be viewed as some kind of Cinderella.

Despite being the 16th and final seed in the Stanley Cup Playoffs, they entered confident in their health and the way they were playing. Despite injuries and adversity, the Preds have dumped all challengers during this playoff run, sweeping the Cup favorite Blackhawks in round one, beating the hottest team in the second half of the season in the Blues in round two and the Pacific Division Champion Ducks in the Western Conference Final.

It only seems fitting now that a team that has been considered an underdog from the beginning of these playoffs should now have to go through the defending champs if it is going to win a title.

"We haven't really been too concerned about what people think outside (our room) right from the get go because most people didn't think we'd get past the first round," said Mike Fisher, the Predators captain and only member of the team to have played in a Cup Final before. "As a team, we're definitely excited to be here and we've earned this."

The Predators most certainly have earned this trip to hockey's biggest stage, and on Sunday they appeared to enjoy themselves in the limelight (see P.K. Subban's interview takeover above).

But now it's down to business.

The real reason they've come all this way was sitting on display on a podium at one end of the room Sunday. It's shiny and weighs 35 pounds, and requires four more wins to hoist in the air.

The goal for the Predators is to win the Stanley Cup. And the real challenge begins Monday night in game one.