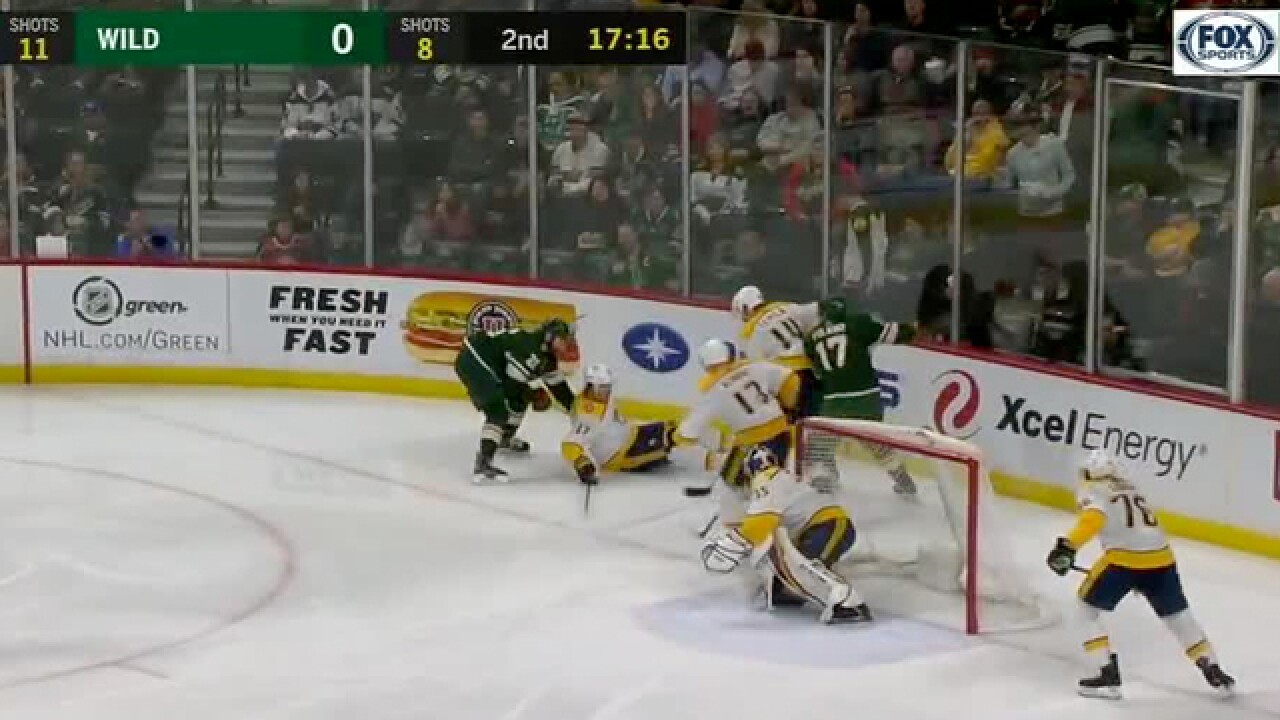 Devan Dubnyk stopped 19 shots and Jason Zucker scored his 30th goal and added an assist to lead the Minnesota Wild past the Nashville Predators 4-1 on Saturday night.

Joel Eriksson Ek, Nino Niederreiter and Zach Parise also scored for the Wild, who overcame a slow first period to outwork the West's top team and hand the Predators their second straight loss. After taking only six shots in the opening period, the Wild offense outshot Nashville 24-11 the rest of the way to start a crucial stretch of three games in four days.

Pekka Rinne had 26 saves and Ryan Johansen scored his 13th goal for Nashville, which couldn't rebound from a loss at home to Toronto on Thursday that snapped a four-game win streak and franchise-record 15-game point streak.

Nashville nursed a 1-0 lead after Johansen's goal at the 8:37 mark of the first period. But things changed quickly after the first -- Minnesota outshot Nashville 14-5 in a second period that saw Eriksson Ek's fifth goal of the season, followed by Niederreiter's 18th at 13:45.

Zucker beat Rinne's glove side at 1:29 of the third period to give Minnesota some breathing room, and Parise added an empty-netter with 1:41 to play.

Predators coach Peter Laviolette was ejected late in the third period shortly after arguing a boarding call against Scott Hartnell.

Predators: At Winnipeg on Sunday.