...in which I try to break down the OVC tiebreakers 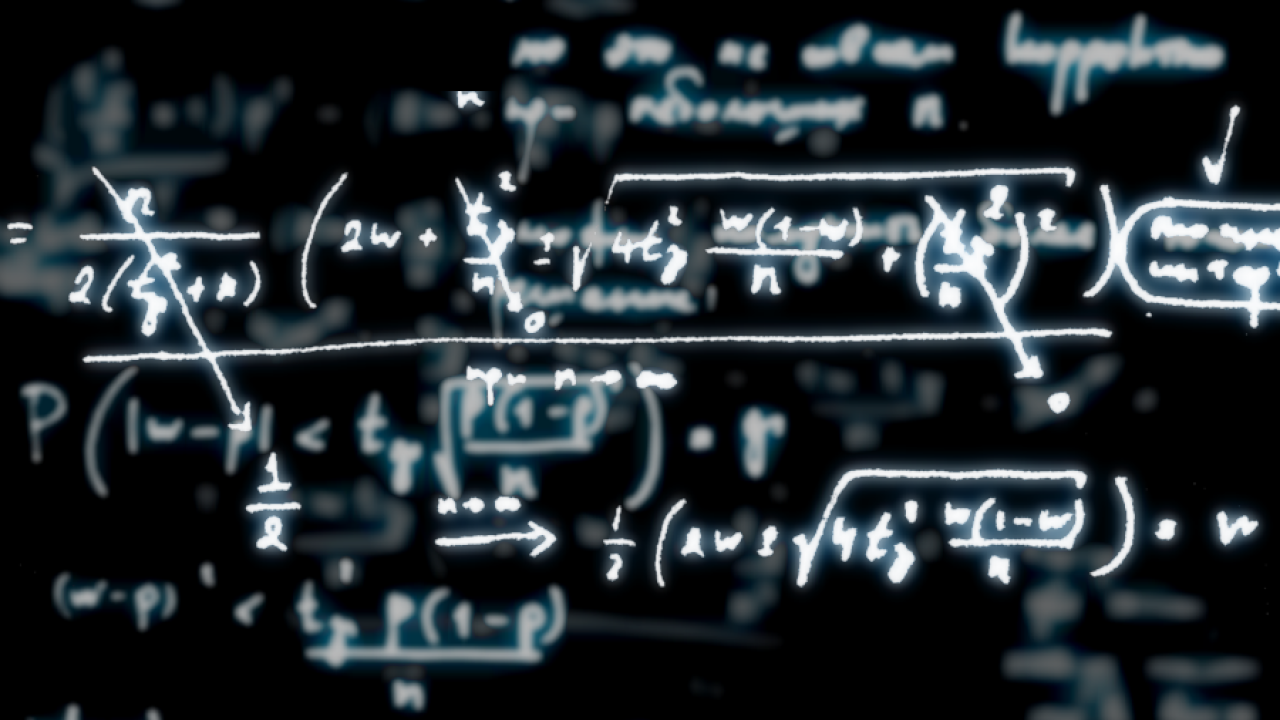 As is tradition, with the final week of the season here, let’s break down some tiebreakers scenarios! This won’t be a complete list, but ahead of the OVC’s official release (which I’m told they’re working on) here are the races worth noting.

What we know for sure

We know who will be getting at least a single bye: Belmont, Murray State, Austin Peay, and Jacksonville State are six to seven games clear of fifth place.

Tennessee Tech is eliminated — even if they win out, there’s no way for them to win a tiebreaker at 5-13; they lose a three-way tie with SIUE and UTM (UTM would be 3-0 against the group) and they lose a four-way tie if SEMO also was 5-13. If any of those teams get to six wins — that’s eight teams with six wins. Sorry Tech.

EIU is in the field. They’re 2-0 against SIUE, 2-0 against UTM, and 1-0 against EKU which insulates them from virtually any tiebreaker should they lose out and any of those teams win out. (0-2 against SEMO, but the Redhawks are three games back, so they can’t get involved)

The race for eighth

Okay, usually we focus on the double-bye first, and while that’s important, I think it feel like any of the top four teams can win the tourney with or without it. The race for eighth, on the other hand, is much more interesting.

Let’s start with what would be a hilarious scenario, but possible: What if there was a six-way tie for fifth at 7-11? These six teams don’t have many cross-matchups in the final week, so while it’s entirely unlikely, it could happen. In that scenario: EIU is the five-seed, (5-2 against the field) Morehead and TSU are in a tie for sixth (at 4-3 against the field) and SIUE is eighth. (3-4 against the field, tied with EKU, but SIUE beat EKU in their only matchup.) EKU and UTM would be the odd-men out.

MOREHEAD STATE: I have found one scenario that I think would eliminate the Eagles from the OVC Tournament.

If they lose out, they’re mid-pack against most teams that could tie them at 7-11. Here’s where are are against other potential 7-11 teams:

(Again, the following list assumes Morehead State loses out, and the other teams win/lose games necessary to get to 7-11

It’s a bit of a mixed bag. But the worst case scenario likely involves the following: a four-way tie for sixth including Morehead State, TSU, SIUE, and EKU. (We’ll assume for this scenario that EIU wins at least one, and UTM loses one of their final two.)

There was a change in how this is handled this year, but it still doesn’t work out for the Eagles.

Against the top-4 teams, Morehead State, in this scenario would be the following:

Regardless where the final seeds end, Morehead State is 0-2 against them all if they lose out.

That’s not the case for either EKU, who beat Austin Peay. So regardless of what seeds the top four shake out at, EKU would be the seven seed.

That leaves TSU and Morehead State, who split the season series. Which means, again, we go through the seeds line-by-line. The change this year means TSU going 0-1 against Murray State and Austin Peay isn’t better than Morehead State going 0-2. (It’s winning percentage now) But, in this scenario, Eastern Illinois is the five seed. TSU beat EIU. Morehead State did not. That means the Tigers are the eight seed, and the Eagles are staying home.

It’s a very specific scenario, and I think it may be the only one that exists. But, it does.

TENNESSEE STATE: TSU has SEMO and UTM to wrap up the season. Win out, you’re in.

But what happens if they only win one?

At seven wins, this puts TTU and SEMO are out of the mix. So now, TSU has to beat two of: EKU, UTM, Morehead St. and SIUE. One of their final games is against UTM — beat them, and this gets even simpler. Let’s look at this both ways

Here’s the short version: You don’t want SIUE or EKU in the mix. (Unless Morehead also stays in the 7-win club)

In this scenario TSU is 7-11 and here are their records against the potential crowd.:

(UTM can’t get to 7 wins in this scenario)

This is actually pretty simple: if SIUE is involved, TSU loses out to them. (SIUE also beat EKU and Morehead St.) That means it’s a three-way race. If Morehead State is involved — this is actually the Eagles’ doom scenario we mentioned above, which has TSU as the eight-seed. Great.

If Morehead State gets a win and clears TSU, then it’s a two-way tie between EKU and TSU. That’s not good for the Tigers: EKU’s win over Austin Peay would give the tiebreaker to EKU, and TSU would be out.

But, again, this assumes both EKU and SIUE win out. If either lose either of their games, TSU is a lock for the tournament with a win over UTM Saturday.

In short: Bad, bad things for TSU if there’s a tiebreaker at 7 wins, almost any way you slice it.

Okay, so we throw UTM into the mix here. Things get weirder...

For UTM to get to 7 wins, they would have to beat Belmont on Saturday, which puts them is strong tiebreaker position past head-to-head. But the head-to-head is a bit...challenging for the Skyhawks. Here’s UTM vs the potential 7-win field:

If SIUE is involved in a 7-win tiebreaker along with UTM, that would be a nightmare scenario for the Tigers. (Let’s assume Morehead gets to 8 or 9 wins, and EKU loses along the way) TSU would lose the three-way head-to-head outright and be knocked out.

If EKU is also involved at 7-wins with the above, TSU loses out again on the head-to-head to everyone.

So, in this scenario, TSU really just doesn’t want a tiebreaker to happen. (Unless, again, Morehead State is involved, and then we're back to a variation of the Eagles nightmare scenario, in which TSU beats out Morehead State for a seed, or the six-team 7-win scenario, which has TSU earning a bid.)

Okay, these three teams are so intertwined that it’s a complete mess.

So here’s the real question: Who controls their fate (guaranteed in the OVC Tournament if they win out) and who doesn’t.

The good news (for me) is...I’ve mostly answered this in the scenarios above. EKU / UTM do not have control, they both need help. (See the six-team 7-win scenario way up above)

SIUE...doesn’t either. No one does

And to that I answer...not necessary. Someone has to get in the OVC Tournament field, yes, but because other teams could get involved in a 7-win tiebreaker, each of these teams are actually reliant on things that happen above and around them.

SIUE is out if they get in a one-on-one tiebreaker with UTM: Say Morehead and TSU get a win, and EKU loses one, but both UTM and SIUE win out. That would give UTM the eight seed, and keep SIUE out.

So, entering Thursday, none of the five win teams control their own destiny.

Obviously, if only one wins out, they’re in.

So, what happens with ties at six wins? Well, look against the four lines above. Those tiebreakers? They stay the same, because none of these three teams play each other in the final week.

At six wins, though, SEMO could get involved. So...

Alright, what does SEMO need to do to get into the OVC Tournament.

Winning out is not a guarantee because, in part, they don’t play any of the teams in the 5-win mix. (Who also don’t play each other, which means they can all win out!)

But, let’s for argument sake say that SEMO does beat TSU and Belmont and gets to six wins. Here’s where they are against other potential six-win teams. (Spoiler: it’s...not great)

So, there’s not an especially strong matchup in there, except, this assumes SEMO beats Belmont and that’s where the Redhawks would have life — but they really need SIUE and EKU to lose out to avoid head-to-head comparisons against them.

In a one-on-one with TSU, SEMO would win out based on that win against Belmont. Against UTM — it depends a bit, because UT Martin beat Jacksonville State. If Belmont remains a higher seed than JSU, SEMO wins out. If JSU jumps them this weekend, (which only requires them to be the same record, since JSU swept the season series) then UT Martin wins out.

I can’t see a scenario where SEMO gets in with five wins, because they’re automatically in a tiebreaker with SIUE or EKU (or both...or one-or-both have eclipsed the five-win mark and the issue is moot)

Alright, this is actually relatively straightforward, in comparison.

Belmont beats both Murray State and Austin Peay in a head-to-head.

Jacksonville State beats both Murray State and Belmont in a head-to-head.

Murray State and Austin Peay play Saturday. Murray won the first matchup. (So, if Murray State loses Saturday, they do not have a single head-to-head tiebreaker. They would lose the tiebreaker with AP due to AP’s win over JSU)

The list below is the order the teams would finish if they were involved in a three-way tie: