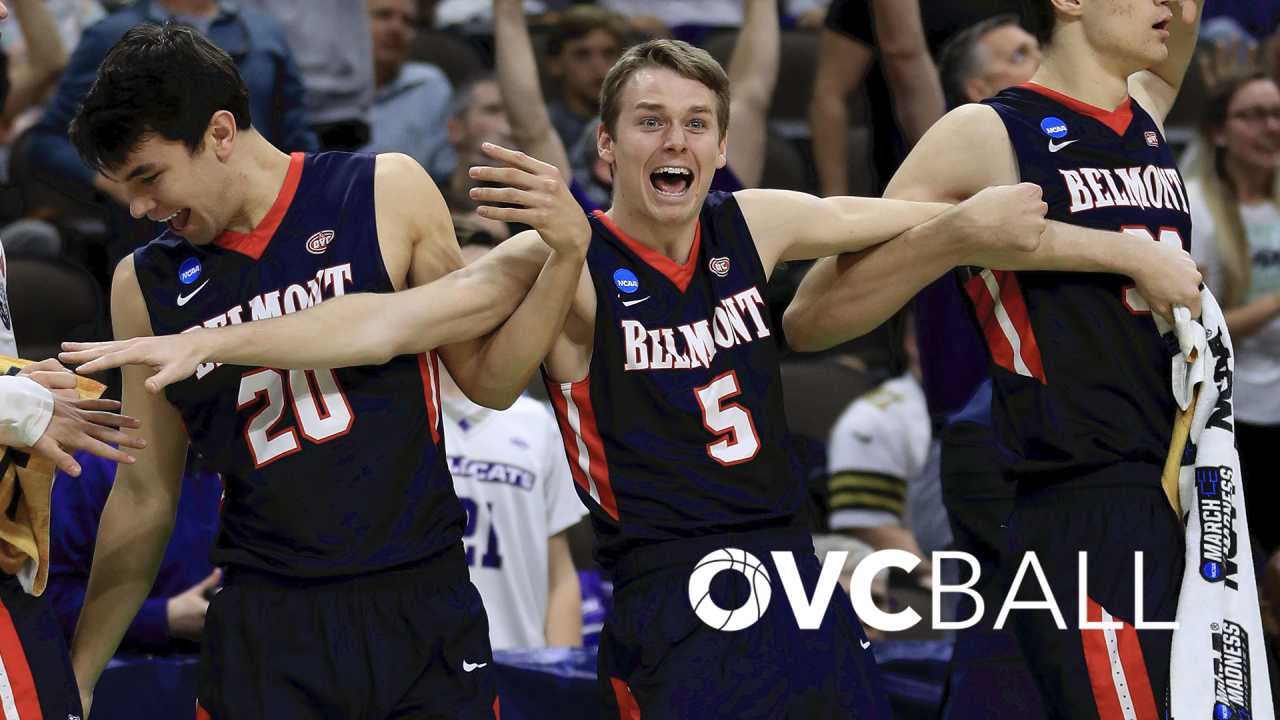 I’m not sure I’m allowed to type this word as a 35-year-old, but I’ll risk it: Kunkel has a certain swag to him that Windler doesn’t. (I’m not sorry.)

That being what it is...Kunkel sure has a pretty good Dylan Windler impression, though.

Somewhat lost in the Bruins loss at Illinois State, lost among another solid game from Nick Muszynski, and loss among the Redbirds 56 point second half, Kunkel was the only Bruin to really get it going from behind the three-point arc. He was 4-9, hitting more threes than his teammates combined.

At the end of the year, we may look back on tonight as Kunkel’s breakout night. A career-high in scoring in 15 minutes, Kunkel hit six of his first seven from deep, as an overly aggressive Samford defense doubled Muszynski on every touch, giving Belmont no shortage of open shooters on the perimeter.

The eighth three-point attempt from Kunkel was an airball. I doubt anyone else will remember that.

Among Grayson Murphy and Muszynski, Kunkel hardly registered among Belmont’s freshman a year ago. He hit just 10 threes all year in limited minutes as a backup.

He hit 10 threes in the first 55 minutes of this season.

It was the trio of Murphy, Muszynski and Windler that helped make last year so special. Muszynski could post up inside, or drive from the corner as needed. Windler had range from anywhere. And Murphy could find either with a dime.

With Windler gone, that dynamic obviously changes. Sure, Muszynski can, and still will, dominate in the paint. But when teams find a way to shut that down, like Illinois State did by going zone in the Bruins opener, you need that Windler-type player to knock down big shots.

Now, the comparison isn’t one-to-one. Kunkel hit big shots, but he didn’t have to get many of those shots himself, which Windler was especially talented at doing. And we’re just two games into the his sophomore season, so Kunkel obviously hasn’t proved he can be this guy night in an night out.

“7 for 11, I don’t know if we can expect that,” Belmont head coach Casey Alexander said after the game. “But he’s scored the ball really well in practice all season, so it’s not a surprise to us that he’s scoring and kind of leading us out of the chute like he has in both games.”

Was tonight that night for Kunkel?

The pick your poison offense is back...as long as Belmont can hit threes.

As good as Belmont’s offense has been for a long time, last year was one of the rare times that their inside game offensively received as much attention as their outside game, and Muszynski was the reason for that.

Both against Illinois State, and tonight in their first possessions against Samford, the Bruins were a “get the ball to Muszynski” offense first, and find a perimeter shooter later.

Samford’s plan was clear: Muszynski was triple-teamed immediately the first time he touched the ball, and would be double-teamed throughout the first half, on the semi-rare occasions where Belmont was forced to actually play half-court offense. (Samford was sloppy early, with 10 first half turnovers turning into 14 Belmont points)

So, as logic dictates, if you double team one player, there’s an open guy somewhere else. For Belmont, that’s almost certainly behind the three-point line.

“You’re definitely rolling the dice the more you do that, because he’s such a good passer,” Alexander said about Muszynski. “He’s a 2+ assist-to-turnover ratio last season, he’s a great passer. The more he can occupy two defenders, the better that should be for our offense long term.”

Which is great for Belmont...as long as you’re hitting threes.

Kunkel finished 7-11, and the rest of the Bruins hit 9-29, or 31% from behind the arc. That’s pretty similar to the stat line for the Bruins against Illinois State last week.

I’m not sure if this offense works long-term with only one three-point shooter.

Don’t tell me a 6’2 guard can’t rebound. Murphy, through two games, is the Bruins leading rebounder, and it’s not really a fluke. He aggressively chases down missed shots, which is the opposite intuition of most point guards.

Murphy finished with nine assists to only one turnover, eight rebounds, and five steals. He may only have put up three points, but he had a big impact on the game.

“...and great energy,” Alexander added when I rattled off his stat line. “It’s infectious. He’s the guy that makes us go, and he’ll have nights where he scores the ball. I’ll take that guy on the floor on my team anytime.”

Look, that flied for me when I was playing NCAA Basketball 2k2 back in the day, (yes, I’m old) so I’m sure it’s a great strategy in this day in age.

In a “where are they now,” I had completely forgotten that former Racer Jalen Dupree was at Samford. And, he looked okay. He did a solid job of bottling Muszynski (yes, he got double-team help, but he was also doing a solid job of keeping him from even getting the ball inside) and finished with a 15 points and 5 rebounds.

Next up: Boston College

So, this is an interesting matchup. BC is trending up in the ACC potentially, with solid wins over Wake Forest (why is the ACC doing conference games in November, again?) and USF to start the year. But this has been a sub-.500 program more often than not over the past decade, so this should be winnable?

Going into tonight, KenPom had the Eagles just a three point favorite at home and that was before Belmont’s drumming of Samford tonight. This might be a toss-up game, and if you’re looking to build a resume, wins against top-100 teams (which Boston College is likely to be based on the strength of the ACC alone) is a good way to start.