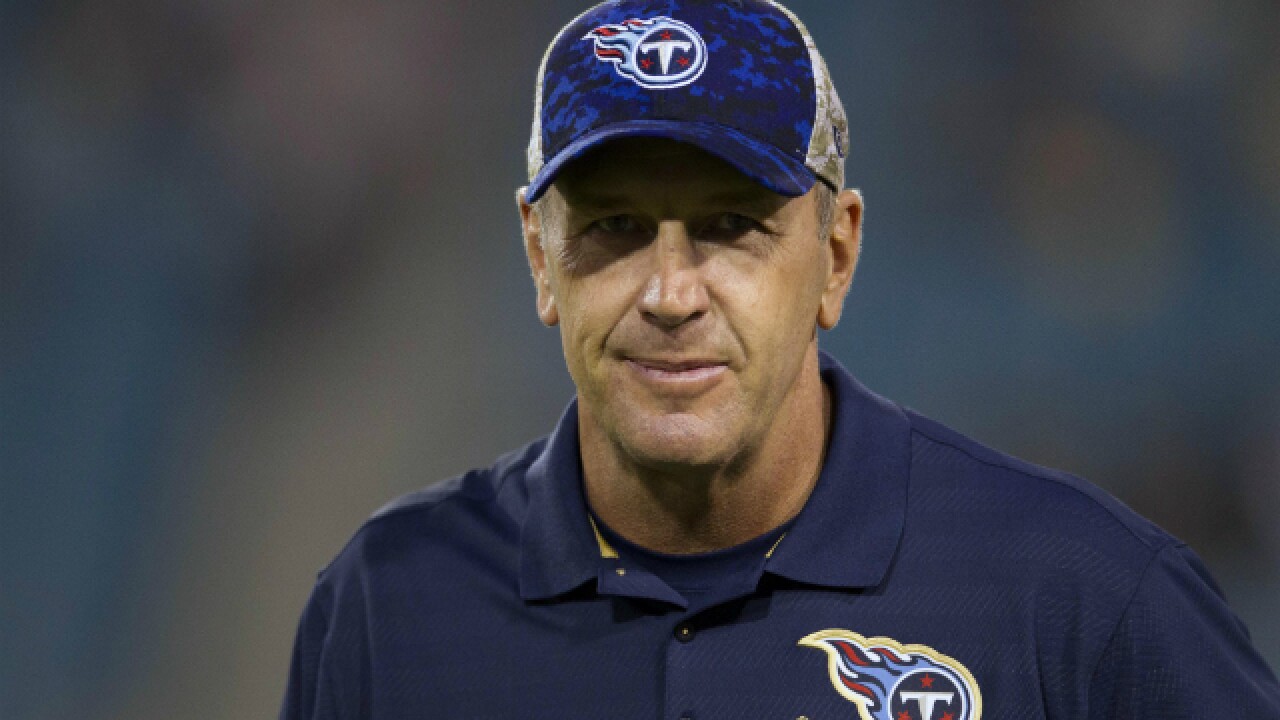 Copyright 2018 Scripps Media, Inc. All rights reserved. This material may not be published, broadcast, rewritten, or redistributed.
&lt;p&gt;Mike Mularkey has led the Titans to 18 wins in two seasons and their first playoff appearance since 2008.&lt;/p&gt;

When the Tennessee Titans take to the field at Arrowhead Stadium Saturday for their AFC Wild Card showdown with the Kansas City Chiefs it will be their first playoff appearance in nine years, seemingly a clear sign that this franchise is headed in the right direction.

But there is a growing faction of fans that don't feel that's the case, and believe that if the Titans return home from K.C. without a win changes will be necessary. NFL Network insider Ian Rappaport even reported last week that head coach Mike Mularkey's job could be in jeopardy if the Titans lose.

I think that would be a mistake.

It is easy to forget just how bad the Titans were two years ago when he was inserted as interim coach after the Ken Whisenhunt disaster. Tennessee won just five games total, including two under Mularkey's direction, in a two-year span, making it the worst team in the league.

In the two years since, Mularkey, 56, has created a winning culture, first by winning over the locker room and making his players believe they could win in this league.

"I said this (back in 2015), 'if Mike gets the opportunity to bring in his own staff and change the philosophy of this locker room and the team, that you'll see big things'," tight end Delanie Walker said. "And now everyone's starting to see it. The mindset he built around this facility, you can see it. You can see the difference from just two years."

There is a notably different atmosphere around St. Thomas Sports Park under Mularkey compared to Whisenhunt or even Mike Munchak before that. Players like their head coach and now believe they can win.

The results, while maybe not as pretty as some fans would like, are clear. The Titans have won 18 games in two seasons under Mularkey and are set for their first playoff game since January of 2009.

"This is for everybody who doubted us," All-Pro safety Kevin Byard said Sunday after the Titans clinched their playoff berth with a 15-10 win over the Jaguars. "We in the playoffs. I've been around middle Tennessee long enough to see the change that's been going on, and people need to respect that and know that we're here to stay."

That type of turnaround would be enough to get a raise for many coaches, but it hasn't protected Mularkey from criticism.

Some of that criticism is fair. The Titans need to explore changes to their offensive scheme and staff after a season in which virtually every part of the offense regressed. What was supposed to be one of the most explosive attacks in the NFL was a major disappointment, most notably is quarterback's Marcus Mariota's struggle to a career-low in touchdowns (13) and a career-high in interceptions (15).

The sometimes stubborn Mularkey needs to be willing to modify his favored smashmouth offense, opening up the passing game to better suit Mariota's skill set. That will probably involve moving on from offensive coordinator Terry Robsikie.

But if Mularkey's willing to do that, I think he's earned a shot to try to take this team to the next level. Two years ago when he was hired the Titans held the no. 1 pick in the NFL Draft after posting the worst record in the league. Now they are in the playoffs.

The Titans may not be sexy, but they are finally winning again. Something fans could only dream of just a couple short years ago.

Mularkey has directed that turnaround. And deserves the chance to see what he can do from here no matter what happens in Kansas City.