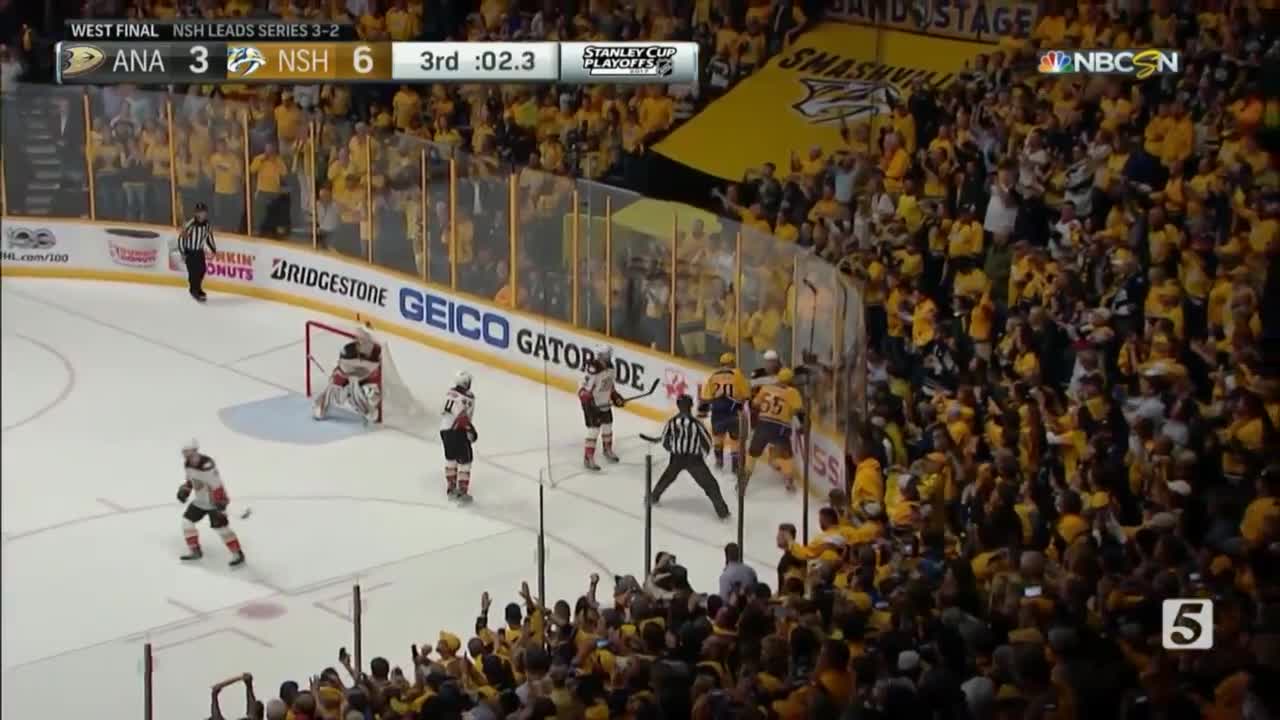 Every game is a sellout. Entertainers of the year and platinum-level recording artists sing the national anthem. And when the puck is dropped the decibel levels will make you reach for earplugs.

NASHVILLE, Tenn. (WTVF) — Every game is a sellout. Entertainers of the year and platinum-level recording artists sing the national anthem. And when the puck is dropped the decibel levels will make you reach for earplugs.

“As an opposing coach you just see, from the hockey perspective, the fans and the involvement from the community around the arena. It’s one of the most exciting places to play,” Predators head coach John Hynes said. “Now being in the organization, it’s so professionally well done. Our marketing, the game ops people, everyone works together.”

This season playoff hockey for the Predators means life inside the NHL’s Secure Zone in Edmonton. The COVID-19 pandemic that forced the pause of the season on March 12th has forced the sport’s resumption into two hub cities in Canada. The Preds are one of 12 Western Conference teams being housed in Edmonton, Alb. for the qualifying round and the entire Stanley Cup Playoffs.

But just because the Predators aren’t in Nashville doesn’t mean they’re without support. Players and coaches arrived in Edmonton to see a billboard that read, “Win for Smashville”. When they checked into the hotel they were each greeted by pictures of loved ones and pets and the nightstand.

And inside Rogers Place their home game operations have been the most detailed of any competing team. Predators game ops staff created videos of cheering fans, including the famous “it’s all your fault” chant directed at the opposing team’s goalie. They also play Tim McGraw’s “I Like It, I Love It” after each Preds’ goal, now seven and counting through the first two games, just like they would inside Bridgestone Arena.

And yes, even the anthems have had their usual Star-Spangled flare with Jesse James Decker singing it before game one and Old Crow Medicine Show doing the honors ahead of game two on Tuesday.

“To have those little things and those little reminders of what it’s like to play at home, it’s definitely nice to hear,” Predators center Ryan Johansen said. “As the game’s going on to get those reminders of our fans back home and their passion for our hockey club.”

There’s no question the Predators would rather be in Bridgestone Arena for home games in the playoffs, but even from afar players and coaches feel the support.

They appreciate it. And they want to give their city and their fans something to cheer about.

“That’s something we talked about as an organization before coming here is really trying to win for Nashville,” Hynds said. “And trying to involve the community and the Nashville Predators. You see what they’ve done – we’ve got the billboard, the hotel, the game ops. It’s a high, high-class organization, it’s really well run and they support the players unbelievably.”