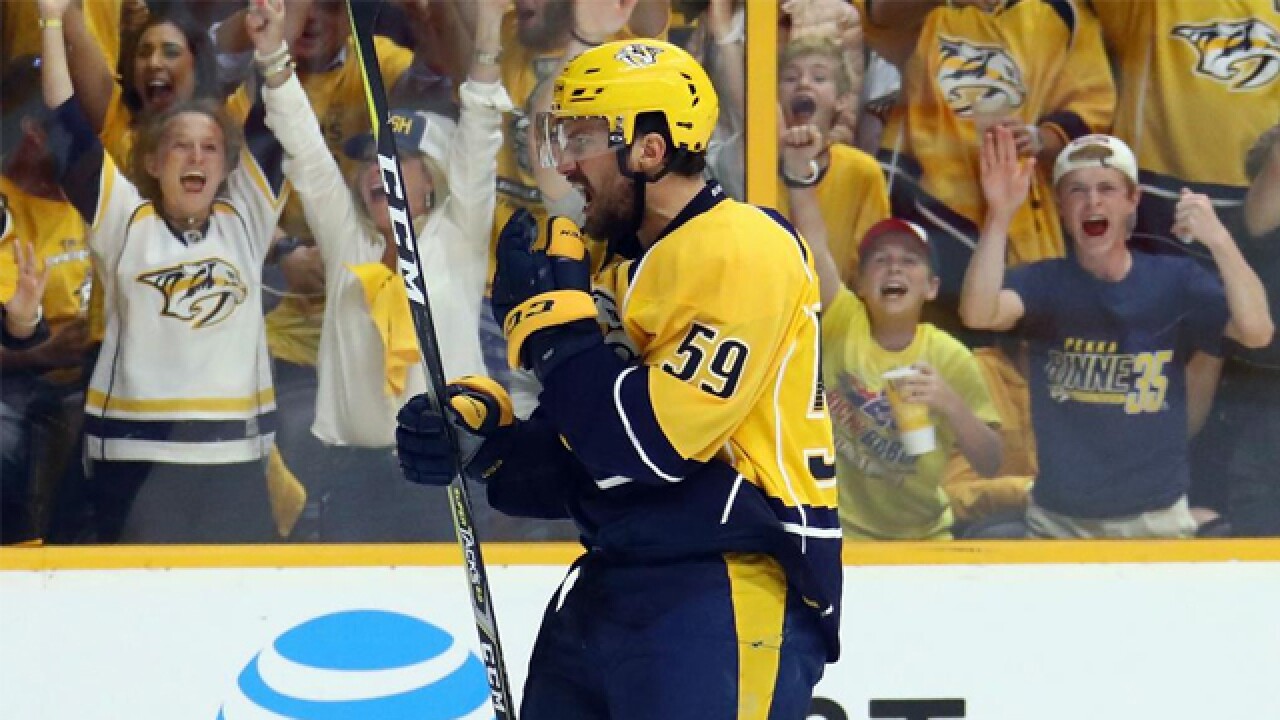 Copyright 2017 Scripps Media, Inc. All rights reserved. This material may not be published, broadcast, rewritten, or redistributed.
&lt;p&gt;Photo courtesy NHL.com&lt;/p&gt;

Multiple hockey insiders report the contract is for eight years with an average annual value of $9 million per season. That appears to be the sweet spot for a team trying not to break the bank while resigning one of the top defenseman in the league.

Josi is in the final year of a very team friendly contract and possibly could’ve commanded as much as $10 million in AAV if he made it to free agency. But it was clear both sides wanted to get a deal done.

The 29-year-old Swiss star was Nashville’s second round draft pick in 2008 and made his NHL debut in the 2011-12 campaign. He’s played 574 games since, scoring 98 goals and dishing out 263 assists while being a fixture on one of the best blue lines in hockey.

Josi has been one of the leaders of the leadership corps that has brought the Predators unprecedented success. Nashville has reached the playoffs in five straight seasons, second in the NHL behind only Pittsburgh. The Preds reached the Stanley Cup Final for the first time ever in 2017.

After that run, team captain Mike Fisher announced his retirement and Josi was promoted to captain. The team picked up where they left off, setting franchise records for wins and points in the 2017-18 season to win the President’s Trophy.

Entering the season without a contract, Josi is off to a terrific start to the year. He’s scored five goals and tallied 13 points through just 11 games. He had a pair of goals and four assists as the team went 3-0-0 last week, earning the NHL’s Second Star of the week.

Josi joins other key players like Filip Forsberg, Ryan Johansen, Viktor Arvidsson, Matt Duchene and Ryan Ellis that the Predators now have locked up long-term as they continue to seek the franchise’s first Stanley Cup.