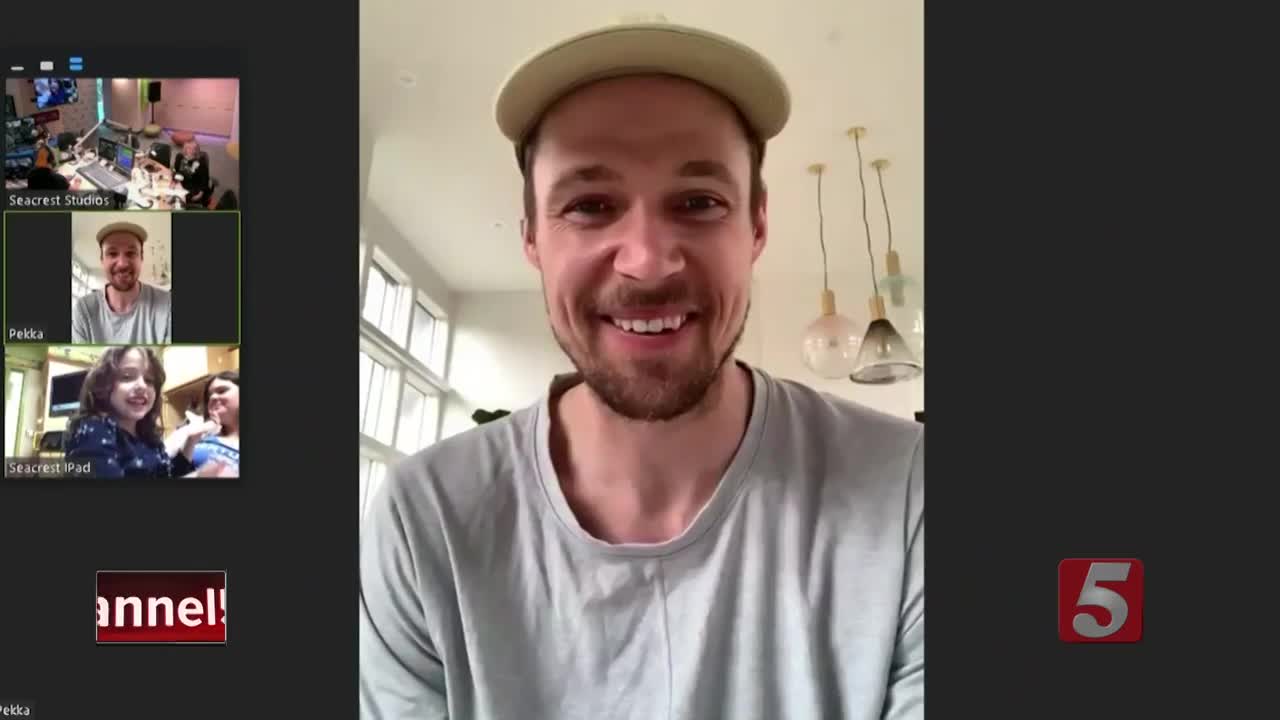 It's been 26 days since the NHL put its season on pause. Predators players are isolating as instructed at home, but they are still keeping busy.

NASHVILLE, Tenn. (WTVF) — It's been 26 days since the NHL put its season on pause. Predators players are isolating as instructed at home, but they are still keeping busy.

On Wednesday star forward Filip Forsberg went viral on league social media accounts after he sent in a video of all the things he’s doing at home during his time away from the rink. It started with the Swedish goal scorer pretending to learn to play the piano, then had him finishing a puzzle before showing off his home workout equipment and some art work. The 75 second clip finished with him sinking a putt on a green in his living room before sitting down to play video games.

Forsberg isn’t the only Predator picking up new skills as they pass the time.

“I learned how to juggle,” goaltender Pekka Rinne said. “After watching a little bit of YouTube and practicing, it’s not that hard.”

Meanwhile, captain Roman Josi’s staying connected with his team, even though the guys can’t be together on the ice.

“We’ve got a Snapchat group, so there’s a lot of videos a lot of pictures,” Josi said in a recent Zoom conference. “A ton of pictures and videos of kids, so it’s a lot of fun.”

The Predators have always prided themselves on being a bright light in the community, and in their ability to cheer up young children. Players do frequent visits with the patients at Monroe Carrol Junior Children’s Hospital, and that hasn’t stopped just because of quarantine.

Rinne and forward Austin Watson both took part in Zoom meetings with young hospital patients this week, trying to spread a little cheer in this most uncertain time.