Preds' Ekholm waiting out NHL pause at home in Sweden 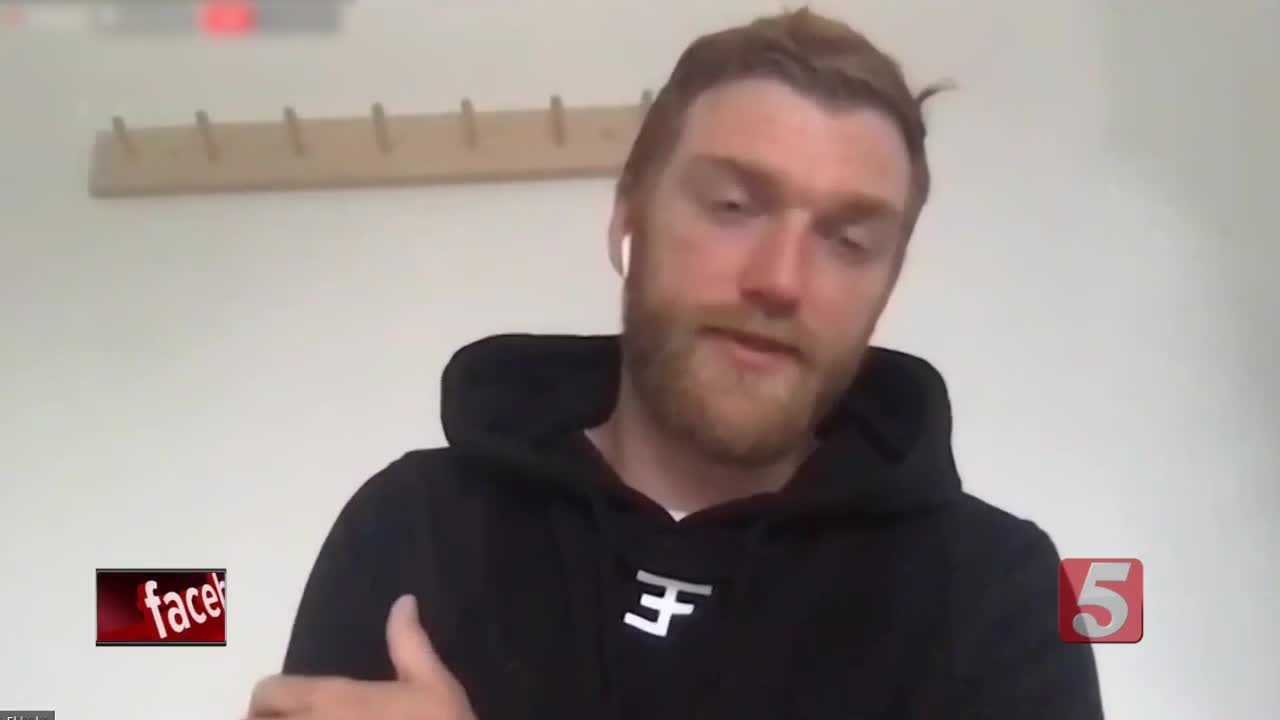 A couple weeks after the NHL pressed pause on its season, and with seemingly no end in sight, Mattias Ekholm made the decision to board a flight and take his family back to Sweden.

NASHVILLE, Tenn. (WTVF) — A couple weeks after the NHL pressed pause on its season, and with seemingly no end in sight, Mattias Ekholm made the decision to board a flight and take his family back to Sweden.

Home is where the heart is, but the mind of the Predators’ defenseman is still hoping hockey returns soon.

“You’re used to playing against the world’s best hockey players night in and night out,” Ekholm said Monday via Zoom from his home in Sweden. “I miss that, I miss all of (hockey).”

Despite being in the middle of a playoff push with his Predators’ teammates just a week or so earlier, Ekholm decided it would be better for him and his family to shelter in place back in his native Sweden, for however long the NHL’s shutdown might last.

So Ekholm, partner Ida and their young son William bought tickets and got on the last Scandanavian Airlines flight back to Sweden before the airline stopped intercontinental travel.

“It didn’t really look very good or very bright at that time, so we decided to go back,” Ekholm said.

Ekholm says he’s spent most of the past several weeks at home with his family. It’s been the rare opportunity for him to spend time with William during a time of the year normally reserved for the most stressful hockey of the season.

He put together William’s first bed, and has been called into action for several other projects around the house out of necessity.

“When you have a house in two countries and you come back and you haven’t seen the house in eight to nine months, there’s trees everywhere, there’s leaves everywhere, there’s grass that’s long and bushes that are too big,” Ekholm said. “So just been trying to clean up that kind of stuff. Other than that, just spending time with the family.”

Unlike most of the United States and Europe, Sweden never shut down completely. The country limited the size of events and encouraged residents to practice social distancing whenever possible, but kept primary schools open and allowed businesses to continue to operate.

Nearly 23,000 Swedes have tested positive for the Coronavirus with 2,769 deaths as of Monday. Those numbers are higher than neighboring countries Denmark and Norway which instituted total lockdowns, but far lower than many other European countries that put in place strict measures in an attempt to stop the spread.

After being criticized for its approach initially, last week Sweden was cited by the World Health Organization as the model for how nations can contain the virus while still keeping their economy, and way of life, open for business.

Ekholm says he’s been impressed by how the nation’s responded.

“I think Sweden’s done a great job with this thing,” Ekholm said. “I guess we’ve been taking some heat for it, but we’ll see, whenever this is settled down, who did it the right way. People over here are really pleased with the way the did it.”

As the U.S. now begins to re-open and the NHL ponders if, and when, it can safely re-open its team facilities for the possible resumption of the season, European players like Ekholm face a problem they maybe didn’t anticipate when they went home. A pretty good chunk of the league’s rosters are now stuck across the Atlantic Ocean with incoming traffic banned to both the U.S. and Canada.

But figuring out how to find a flight will be a problem Ekholm is happy to deal with if it means that hockey, and the world, can return to normal soon.

“I don’t think they even know, either, right now,” Ekholm said about any instruction he’s received from the Predators or the NHL. “It’s just so much stuff that’s up in the air. I mean, I’d like to be back tomorrow and we can play in three weeks, but it’s not looking like that’s the case, so I think we’ll do the best thing and stay at home and ride this thing out.”