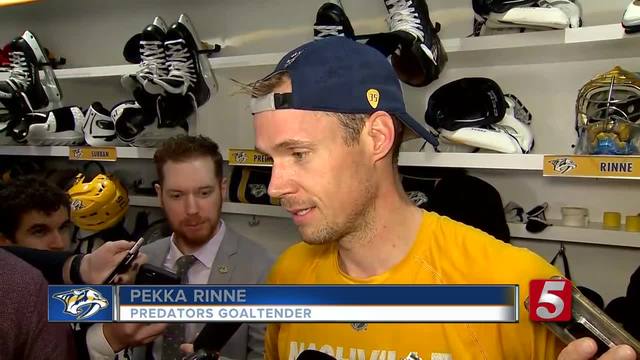 It won’t change what happened in May or ease the pain of a longer than anticipated summer for the Predators, but they got a token of revenge for their playoff dismissal with a 3-0 win over the Jets Thursday. 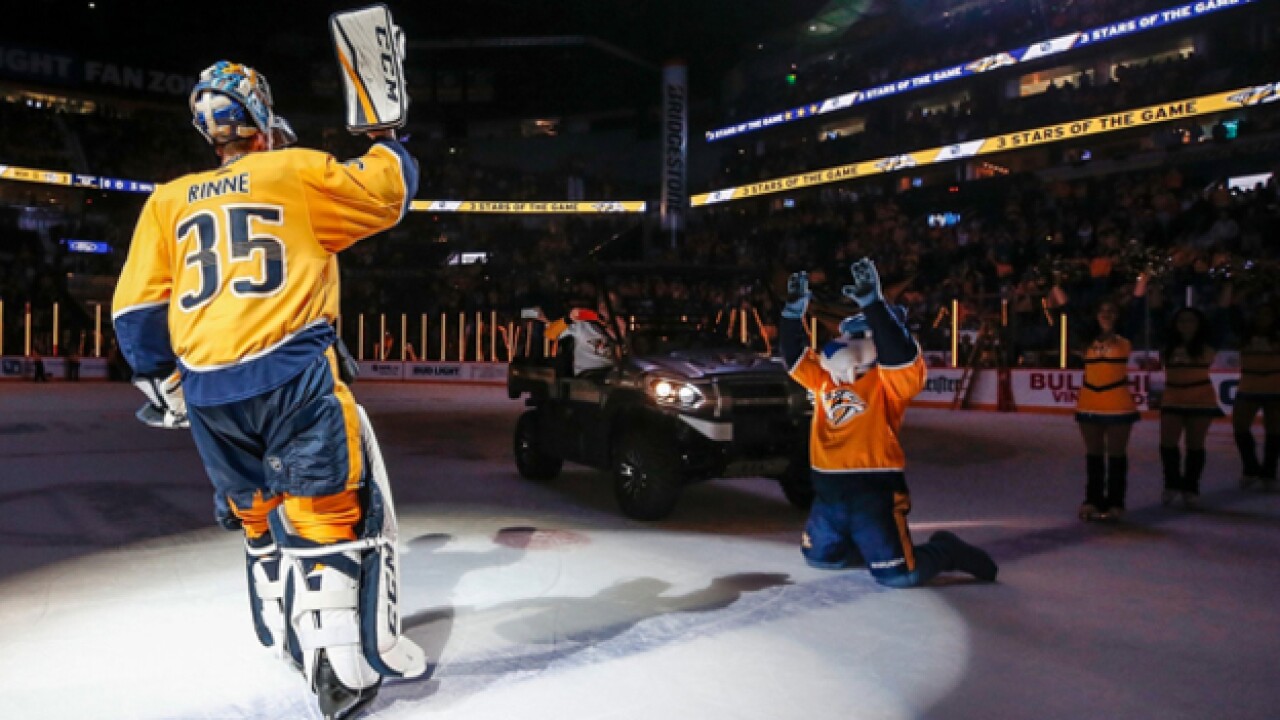 It won’t change what happened in May or ease the pain of a longer than anticipated summer for the Predators, but they got a token of revenge for their playoff dismissal with a 3-0 win over the Jets Thursday.

The game lacked the crispness and discipline of playoff hockey, but the intensity was worthy of the postseason. The 13th meeting in the last 11 months between these two Central Division rivals bringing a recognizable edge out of the Predators that was missing in their 3-0 loss to the Flames in the home opener Tuesday.

The two biggest stars of the night weren’t even on the ice as the final seconds of last season ticked away.

Ryan Hartman, who was scratched the final two games of that series, got the Predators on the board first. The speedy forward pressured the Jets into a turn over, outskated everyone to the puck and then beat Connor Hellenuyck with a beautiful backhand flip for a 1-0 lead.

Hartman’s speed led to some insurance in the third period as well as he started a two on one rush that got broken up, but his deflected pass slid right to Ryan Ellis. The defenseman then set up his fellow blue line mate Roman Josi for a one-timer that slipped by Hellebuyck for a 2-0 lead.

That was more than enough for Pekka Rinne, who stopped all 29 shots he faced for his first shutout of the season. A sweet moment for the veteran goaltender that was pulled three times during the series against the Jets last spring, including game seven when he allowed two early first period goals.

Ryan Johansen capped the scoring with a nifty scoop top shelf which ended with him shoving 6-8, 229 pound Winnipeg defenseman Tyler Myers off of him against the boards. It was the type of attitude that Johansen displays when he’s at his best and was emblematic of the Predators’ fight Thursday night.

As frustration turned into 13 penalties by the Jets, the Preds largely kept their cool. But they didn’t back down either. Colton Sissons and the normally mild-mannered Mattias Ekholm simultaneously dropping their gloves during a second period scrum with Nik Ehlers and Blake Wheeler, eventually taking the two Jets to the ice to the delight of the 111th consecutive sellout at Bridgestone Arena.

Those fans rose to their feet again as the game’s final seconds ticked off, appreciative of the effort.

A message was sent Thursday night. It’s a new season, and the Predators are ready for battle.