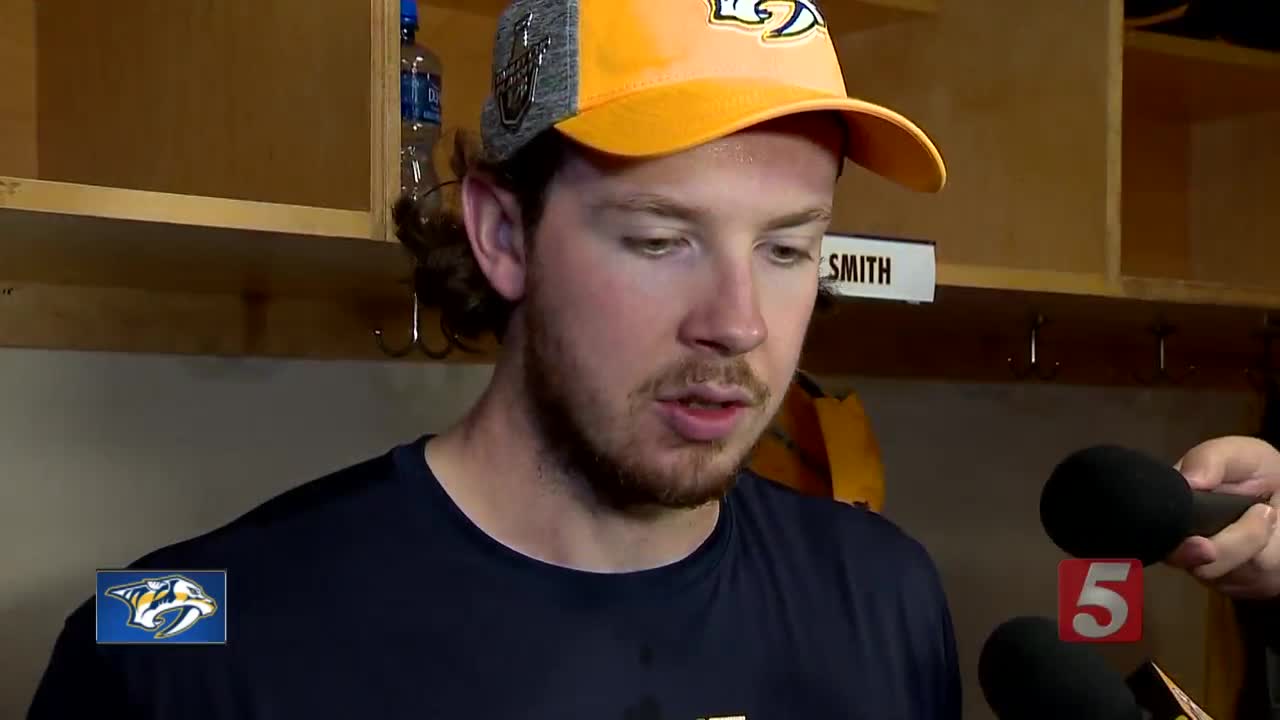 After evening the series on Craig Smith’s overtime goal in game two the Predators will look to carry their momentum into game three in Dallas Monday night. 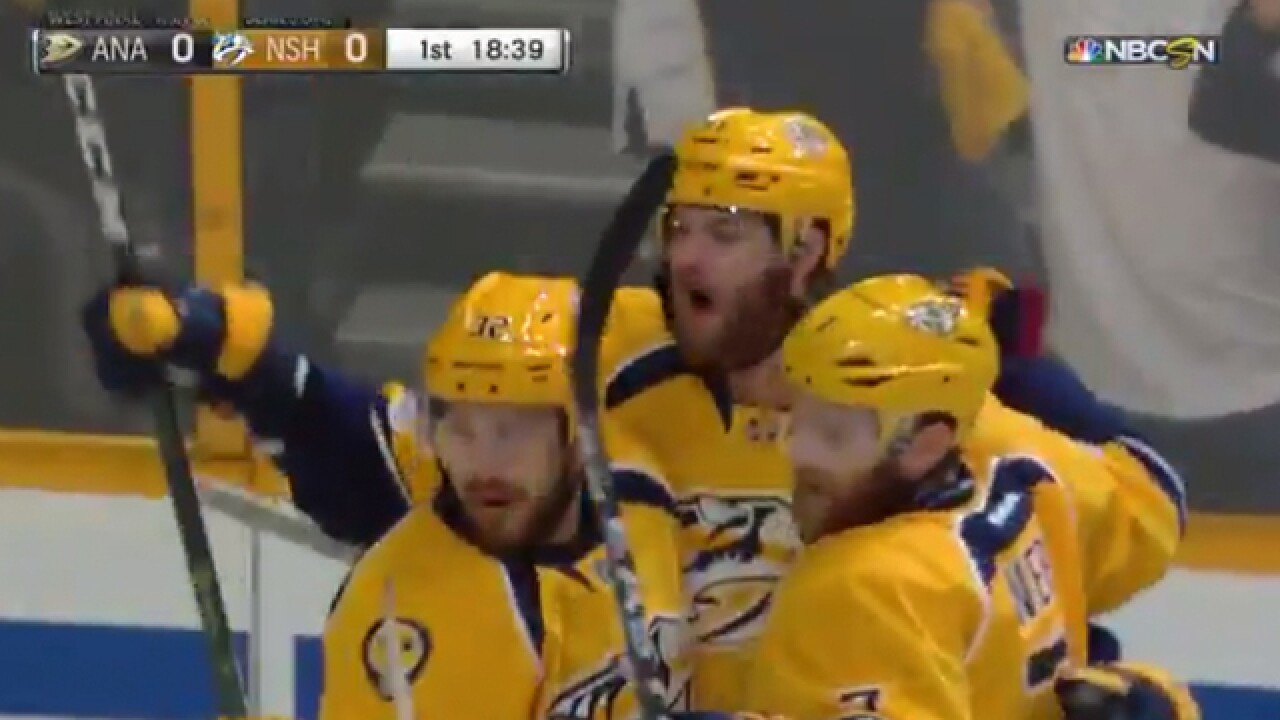 NASHVILLE, Tenn. (WTVF) — After evening the series on Craig Smith’s overtime goal in game two the Predators will look to carry their momentum into game three in Dallas Monday night.

Even though the game took more than the allotted time to be decided, the Preds liked their effort for all 65 minutes in game two as they outshot the Stars 43-23. It’s an aggressive, yet disciplined defensive game they hope to take with them on the road as they look to grab a series lead.

“After winning last game you have to (still) have the hunger and desperation in your game,” Predators goaltender Pekka Rinne said. “Otherwise momentum doesn’t mean much.”

The Stars were able to steal game one in Nashville thanks to a mid-game lapse by the Predators. But Dallas knows it got outplayed for large chunks in game two and needs to be better.

“I though they did a better job than we did from game one to game two,” said Stars Coach Jim Montgomery. “We have to step up our game and make sure our team is executing better tonight.”

The Predators will be without two of their key forwards in game three and for the foreseeable future.

The team announced Monday that fourth-line wings Wayne Simmonds and Brian Boyle are week to week. Simmonds left game two after being struck in the knee by a Roman Josi slapshot. Boyle missed game two to have appendix surgery.

Nashville hopes to rely on a deep roster to help soften the blow of missing two of its key trade deadline acquisitions.

“We’re carrying a lot of guys, but that’s good,” Predators coach Peter Laviolette said. “When these things come up and you lose some players, you look to your bench and see what you have. A lot of these guys have been regulars and have played in playoff games and have history.”

Rocco Grimaldi and Miikka Salomaki are expected to be inserted into the lineup on the fourth line with center Calle Jarnkrok. Grimaldi stares in Boyle’s absence in game two and scored his first career postseason goal.

The Predators are counting on a similar special effort from Grimaldi and whoever else is called upon on this playoff run.

“You’re going to need get goals from different lines,” game two hero Craig Smith said. “We’ve seen it in the past in the playoffs, somebody’s going to show up and make big plays at different moments.”

American Airlines Center may roar like the engine of a 737 tonight when the Stars take the ice. It will be the first time Dallas has hosted a Stanley Cup Playoff game in three years.

“Really excited,” Montgomery said. “Seeing all the white towels on the back of seats already and kind of visualizing how boisterous and how loud our fans will be and how it’s going to elevate our team.”

Fans are being urged to be loud, wear green and wave the white rally towels distributed on all 19,000 seats.

The Predators know they’ll need to weather the early storm of an emotional home team.

“I full expect them to come out of the gates flying and playing their best hockey,” Predators center Ryan Johansen said. “So it’s definitely going to be something our group’s aware of and we’ll do our best to be ready.”

Nashville won twice here in Dallas during the regular season and was often at its best on the road last year during the playoffs.

The Preds went 4-2 away from Smashville in the 2018 postseason while just 3-4 at home. They say the key is playing a simple, yet consistent game that can negate an opponent’s home ice advantage.

“I think teams in general try to work on the road to take the crowd out of it,” Laviolette said. “A goal or just settle things down and keep things quiet.”

The Predators are even in this series despite not getting a single point from its normally potent top line. The trio of Ryan Johansen, Viktor Arvidsson and Filip Forsberg have not tallied a goal or an assist in the first two games.

The Stars have placed a particular emphasis on slowing down Forsberg, who had 28 goals in just 64 games this season. The Swedish forward was limited to just two shots in game two, neither one making it on net.