A violent night: Little spared from damage, destruction, and vandalism across Downtown
Sports 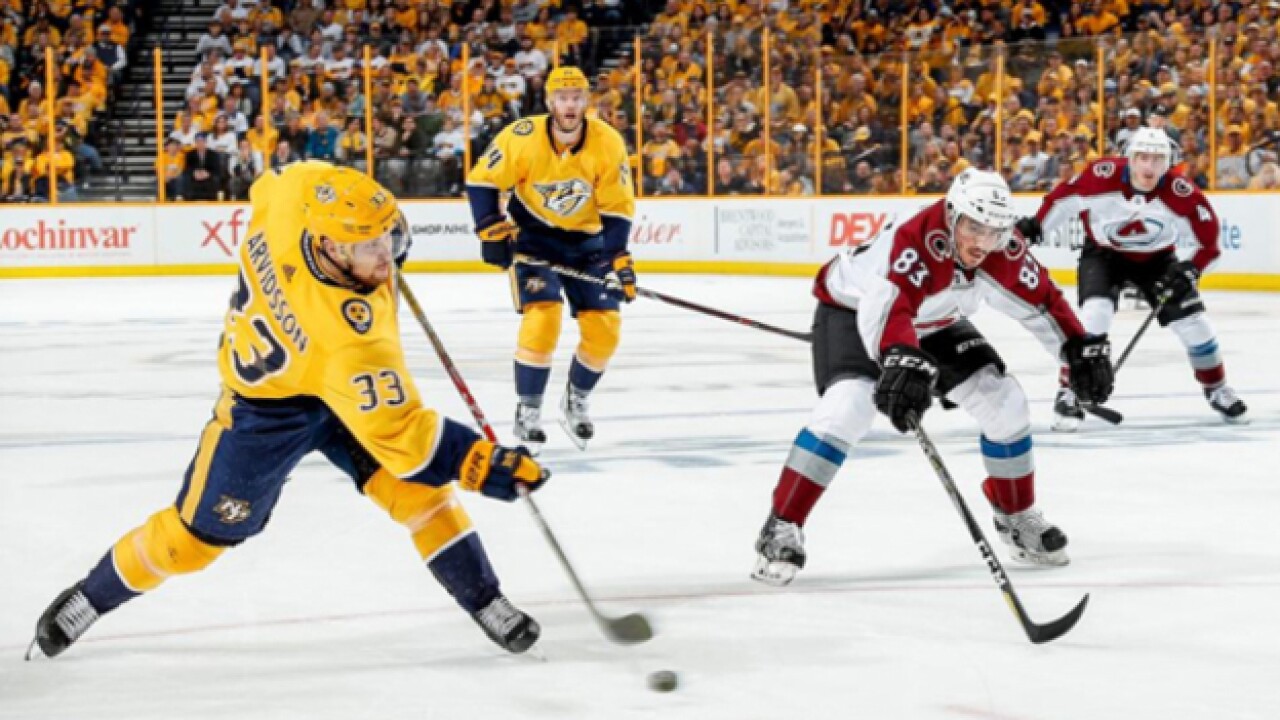 The Predators talked about matching the Avalanche's desperation in game three. They failed to do so, and now they face a pivotal game four in this best-of-seven opening round playoff series Wednesday at 9 p.m. in Colorado.

The eighth-seeded Avalanche are confident and backed by an electric home crowd enjoying postseason hockey for the first time in four seasons. The Predators have consistently spoken of their respect for the Avs since before the series even began, but now it's time to show that in their play.

Through three games the Preds have been lethargic in their starts, getting outscored 5-0 in the opening period. That can't continue. Nashville knows it, but can it fix it against a young and hungry Colorado team?

"We can talk all day long, we've got to come out tomorrow and be ready," Predators goaltender Pekka Rinne said Tuesday. "It starts, mentally, you have to be ready, to come out and have a strong start and go from there. But I have no doubt in my head that we're going to have a strong game."

The Predators remained loose at their Tuesday practice despite their 5-3 loss to the underdog Avs in game three. The practice was more high-paced and competitive than usual, especially during the playoffs. The Preds say that was needed, and they hope it gives them a jolt for game four.

"I don't think any of the games have been the team that we think we are," defenseman Ryan Ellis said. "It starts with the first periods. I think each of the first periods we seem to come out flat and today was a great practice for us. I think there was some life and some jump and some competitiveness. To have that going into (game four) is a good start to getting back on the right foot.

GETTING PEKKA BACK ON TRACK

It was no surprise that Rinne was named a finalist for the Vezina Trophy Tuesday. He is the favorite to beat out Winnipeg's Connor Hellebuyck and Tampa Bay's Andrei Vasilevskiy  for the award given to the NHL's best goaltender.

Rinne was at or near the top of the league this season in wins, shutouts, save percentage and goals allowed per game. But he has not kept that elite form so far in the playoffs.

He's allowed 10 goals in just over seven periods against the Avalanche. In game three, he was pulled early in the second period after the Avs scored their fourth goal on just 15 shots.

"Of course, you give up some goals and you always wish you could have it back," Rinne said. "There's always something you could have done differently. But today is a new day and you move on."

After posting a .927 save percentage during the regular season, Rinne has stopped just over 86 percent of the shots he's faced in the playoffs. He's allowing more than 3.3 goals per game.

His coach is quick to point out, however, that he hasn't gotten much help in the series. All four of Colorado's goals against him in game three came from high danger areas in the slot in front of his crease.

"(He's) the last line of defense, but that shouldn't be the case," Peter Laviolette said. "The first and second line of defense, the forwards need to be better. I think there's positions in sports where you probably feel a little bit more responsible, a quarterback in football, a pitcher. A goaltender probably fits into that category."

The Preds' defense has been largely woeful in this series, but there's no question their "ace" needs to have a bounce back game. Rinne is often good enough to bail them out of bad situations, but he wasn't in game three. They need to play better defense in front of him, but he needs to find his elite level again for the Preds to make the playoff run they expect to.

NO PUNISHMENT FOR SUBBAN

The NHL will not dole out any punishment to P.K. Subban for his game three punch to the back of the head of Avalanche star Nathan MacKinnon. It was just the latest physical play in a series that is starting to get chippy.

As frustrations mounted with the Predators trailing 4-1, Subban slugged MacKinnon from behind dropping the center to the ice. Subban then fell on top of him and was held there by MacKinnon. Both players were sent to the penalty box with minor holding penalties.

Several Colorado players alluded to a hope that the league would look into discipline for Subban for the play, but the All-Star defenseman says it was a play just typical of the postseason.

"It's the playoffs," Subban said. "That's playoff hockey. Nothing different than what I've seen in the past."

The physical Subban embraces the contact of the playoffs, a fact that has not made him popular amongst Colorado fans. He was booed every time he touched the puck in game three.

Asked if he thought the play on MacKinnon was just a normal part of the game, Subban replied, "Yeah, I'd do it again next game."

The gloves are off in this series. Expect the tensions to rise even more in game four, as the underdog Avalanche have proven a worthy challenger for the top-seeded Predators.