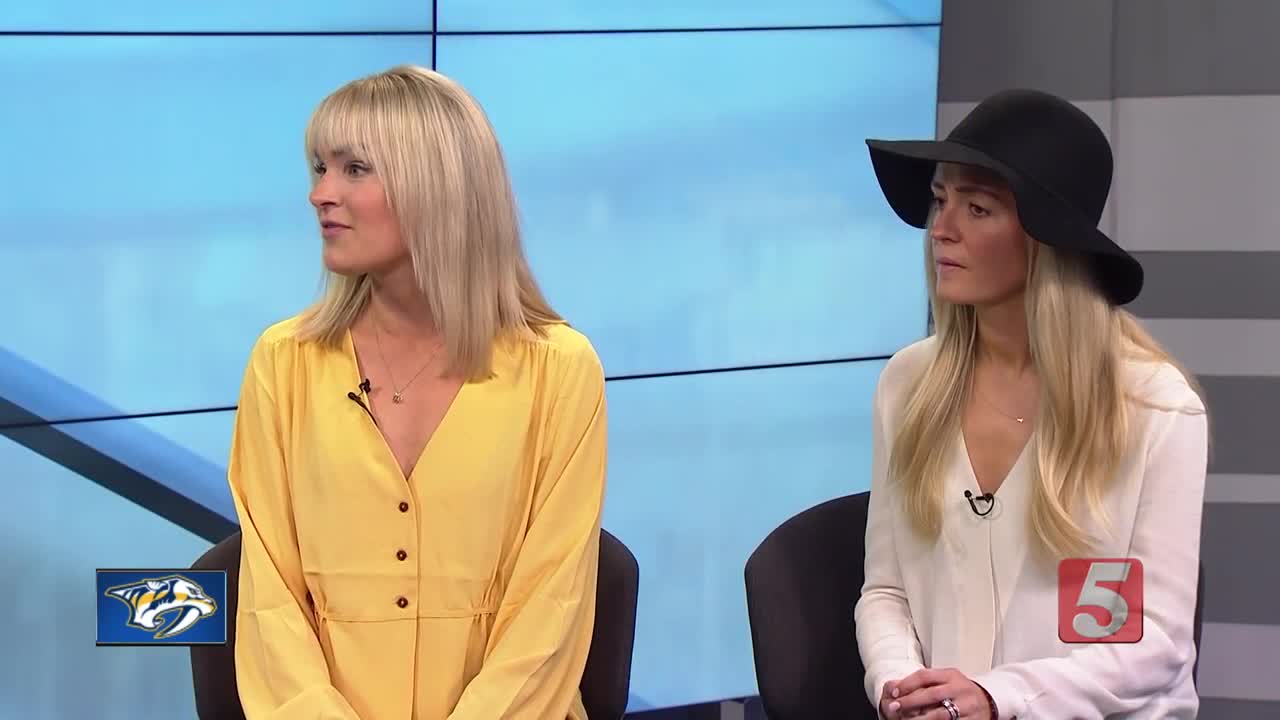 Somewhere in the sea of 17,000-plus people that packed Bridgestone Arena Wednesday night for game one of the Predators opening round playoff series against the Stars sat the team’s most important cheering section. 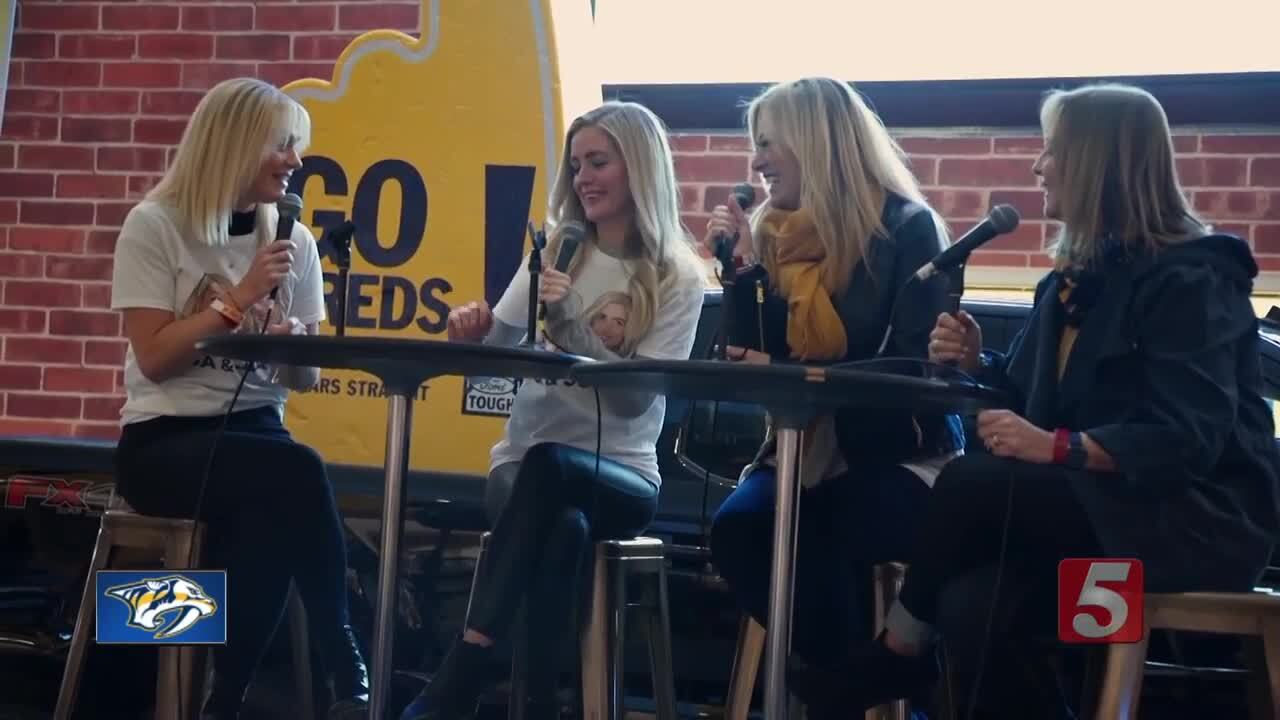 NASHVILLE, Tenn. (WTVF) — Somewhere in the sea of 17,000-plus people that packed Bridgestone Arena Wednesday night for game one of the Predators opening round playoff series against the Stars sat the team’s most important cheering section.

The Predators’ wives and girlfriends offer yearround and often around the clock support, mostly behind the scenes. But Ida Bjornstad and Julie Turris are giving their voice to a new hockey podcast, adding their unique perspective to the hockey conversation.

“There are so many stories that need to be told,” Bjornstad said when I spoke with her this week.

“Once we did our first episode we had so much fun,” Turris chimed in. “And it just went from there.”

Bjornstad grew up on hockey and was a sports broadcaster back in her native Sweden. But launching a hockey podcast required a little coaxing of the normally more reserved Turris.

But only a little.

“She a natural,” Bjornstad said.

Ida is the fiancé of defenseman Matthias Elholm and Julie is the wife of center Kyle Turris. Together they host “Off Ice with Ida & Julie”.

On the podcast they will talk about everything from pregame meals and rituals to more serious matters.

“(Lauren Boyle’s struggle with Brian’s diagnosis with cancer) was an emotional one,” Julie Turris said. “I think each one kind of gives you a different feel. Kayla Price was really funny and Elizabeth Poile - to have a G.M.’s wife on to talk - you hear about David all the time being around from the beginning, but she was right next to him during all that.”

All in an effort to give fans a glimpse behind the scenes of a hockey family’s quest for the Cup.

Thirteen episodes in they’ve generated quite a following that includes their hockey playing partners.

“I listen to all the episodes,” Kyle Turris said after practice this week. “It’s fun. It’s a cool idea no one is doing here.”

“It’s actually awesome to hear the other perspective of it,” Ekholm said. “I think they’ve brought that to the table.”

Both Mattias and Kyle are quite supportive of the ladies, but Julie says there has been one critique.

“Anything you want to (suggest)?” Julie asked Kyle one day after an early podcast. “He said, ‘well, you interrupt Ida too much. You just talk too much.’ And I was like, ‘you’re right.’”

The podcasts drop on Wednesdays and will continue for however long the Predators’ playoff run lasts. It’s a welcome addition to their workload during the most exciting time of the year.

“We needed more on our plate,” Turris joked. “This is such a great time. There’s nothing like playoff hockey.”

And when it comes to the Stanley Cup Playoffs, who better to be able to grasp the true feeling around the team than a player’s significant other?

“I’m so excited right now and I also have such a good feeling,” Bjornstad said. “If you compare 2017 when they went so far to the final, it was like the whole atmosphere in the arena was amazing. Last year I didn’t really feel that, but now I feel like we are back to where we were. So I really think this is going to be a long and fun season.”

Just call it a woman’s intuition.

It’s a voice we all should, and now can, hear.