Preds Vs. Avalanche: 5 Things To Know 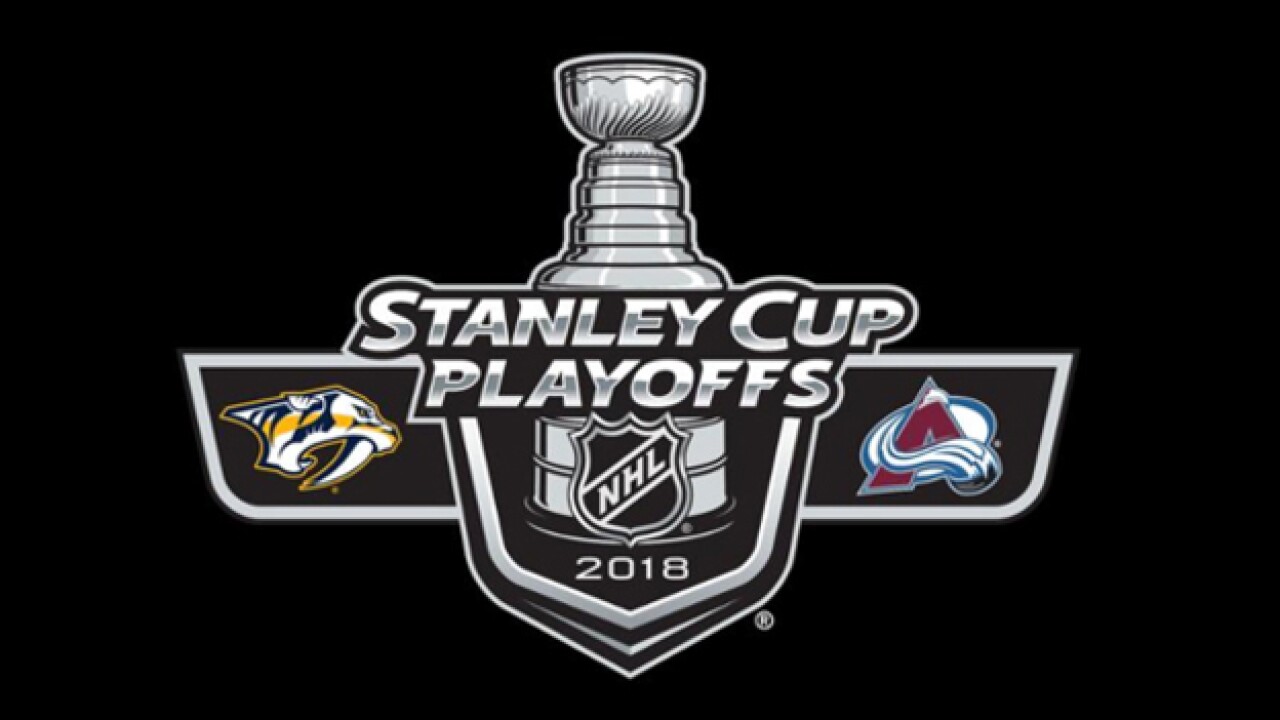 It was 10 months ago tonight that Patric Hornqvist banked a puck off Pekka Rinne from behind the Bridgestone Arena net for the goal that won the Penguins game six and the Stanley Cup Final against the Predators.

On the eve of the beginning of the Stanley Cup Playoffs, the Preds certainly haven’t forgotten, and feel like they have unfinished business.

Players have pointed to the playoffs all season long. They are battle tested and even more talented this go around.

The only difference is last year they were the hunter, the no. 16 seed of 16 teams in the playoffs. This year, as the President’s Trophy winner, they will be the hunted.

But the Predators vow that won’t change their approach.

“We have the same mindset, same approach,” forward Filip Forsberg said. “I think we’re better. We have more speed and skill than last year and hopefully that shows.”

The Predators went a perfect 4-0-0 against the Avalanche this year. They outscored them 17-8 in those games, with three of the contests decided by multiple goals.

In fact, Nashville’s won 10 straight in the series dating back to March of 2016.

The Predators also have a significant edge in experience when it comes to the playoffs with most of this roster having reached the Stanley Cup Final last year and the additions of two-time Cup champion Nick Bonino and Ryan Hartman, who had playoff experience with the Blackhawks.

Any team that wants to contend for the Stanley Cup needs to get goaltending in the playoffs. The Predators should feel pretty good about the guy they will place in net.

Pekka Rinne has been the best goaltender in the NHL this year. His 42 wins, eight shutouts and .927 save percentage are among the league leaders in all categories.

Rinne was critical to the Predators surprising run to the Stanley Cup Final last summer. The Preds need him on his game again.

Led by Nathan Mackinnon’s 39 goals, the Avalanche boast one of the most explosive top lines in the NHL.

Captain Gabriel Landeskog and youngster Mikko Rantonen round out the top line that combined for a whopping 243 points this season.

The Predators have a pretty good top line themselves. Ryan Johansen, Filip Forsberg and Viktor Arvidsson combined for 179 points, and have been effective as two-way players.

A couple months after losing the Stanley Cup Final Predators captain Mike Fisher announced his retirement from hockey. It meant the loss of a veteran leader in the locker room and one of the franchise’s most popular player.

Roman Josi was named the Preds’ new captain and has been outstanding as a player and a leader as the team broke records for wins with 53 and points with 117 this season.

But as the season progressed the Predators started pulling on Fisher to return and make one more run for the Stanley Cup. The 37-year-old Fisher finally gave in and announced he was coming out of retirement and rejoining the team in early February.

He scored two goals and added two assists in 16 games down the stretch, but adds a valuable presence defensively and in the faceoff circle, as well as in the room.

And for Fisher it’s one more chance to make a run at the elusive Cup he almost won last summer.

“I’m just thrilled to be here,” Fisher said after practice Wednesday. “It’s been a lot of fun the last couple months and it’s just a bonus for me really, and I’m going to give it everything I’ve got, contribute the best I can, so it’s going to be fun.”