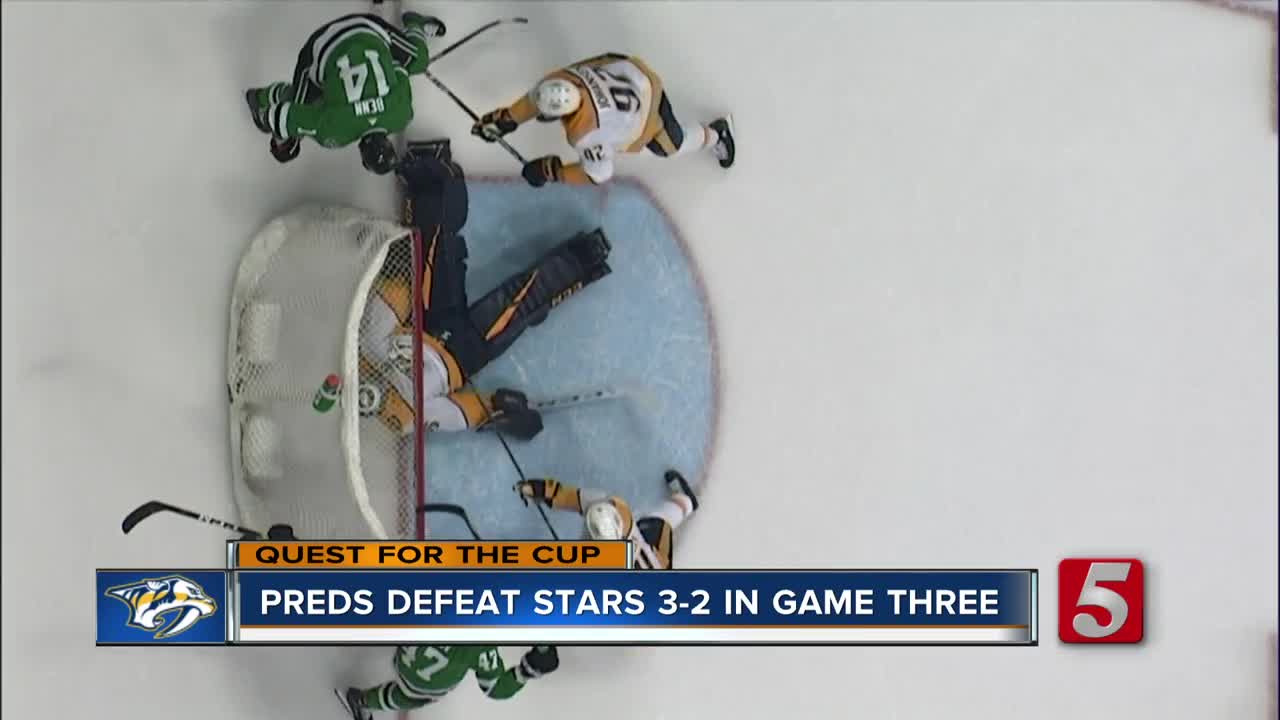 The Stars had just scored to tie the game. A sellout crowd at American Airlines Center was ready to explode. And with the green sweaters hunting yet another goal, Pekka Rinne stood on his head. 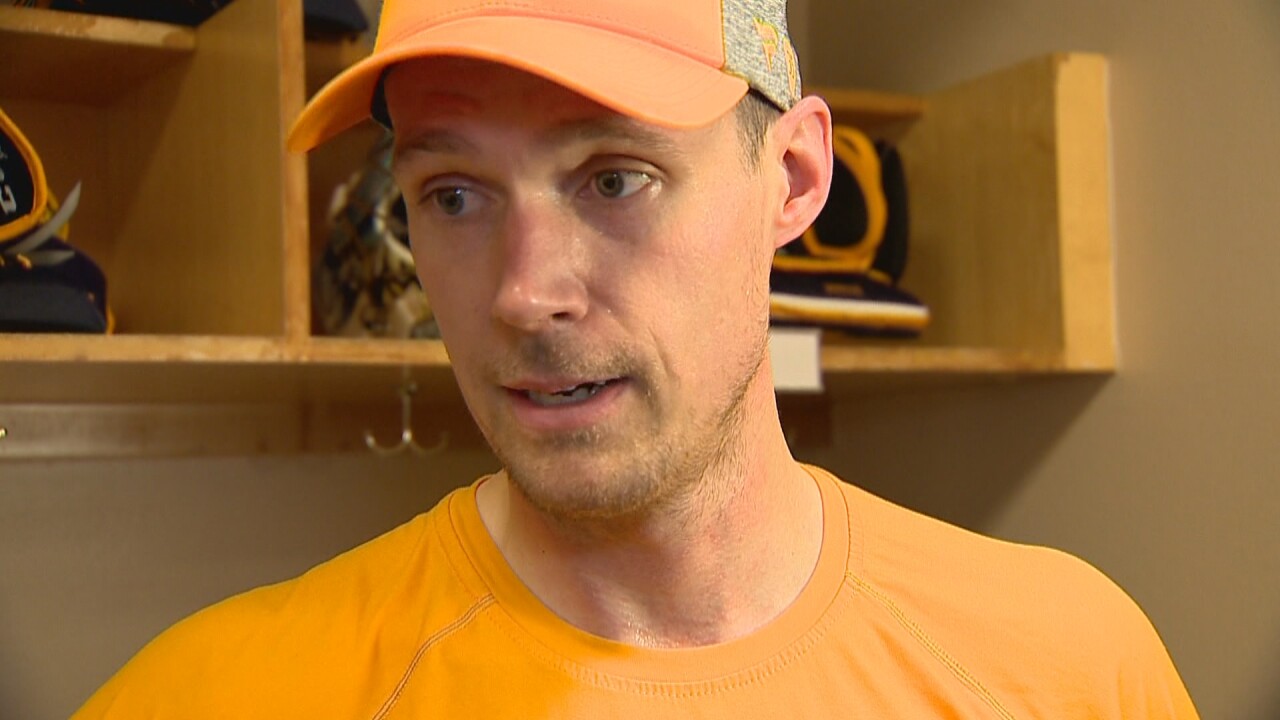 DALLAS — The Stars had just scored to tie the game. A sellout crowd at American Airlines Center was ready to explode. And with the green sweaters hunting yet another goal, Pekka Rinne stood on his head.

The guy who spent much of the night keeping the Predators in the game, saved the night with a flailing kick save of what looked like a sure goal for Jamie Benn. Minutes later it was the Preds that took the lead on Mikael Granlund‘s goal, and then took their first lead in this series with a 3-2 win.

But it was the best save of Rinne’s 40 stops on the night that gave Nashville new life.

“That was a big point I thought in the game,” Predators coach Peter Laviolette said afterwords. “You’re under fire a little bit. They start to grab the energy in their building. I thought that save was big but, for me, I thought it just resembled his whole night.”

The Stars tied the game 25 seconds earlier when Benn found fellow top line star Tyler Seguin on the doorstep in front of Rinne. The reigning Vezina Trophy winner learned from that moment and was able to anticipate a similar play and turn Benn’s chance away.

“It would’ve been 3-2 (Dallas),” Rinne said. “Yeah, it was big at the time. It felt good to make that save and then we go to the other end and score a goal.”

That’s when it was Granlund’s turn to play hero. Acquired at the trade deadline to bring some secondary scoring to the Predators lineup, the former 60-point scorer managed just one goal down the stretch of the regular season in Nashville.

But with the Stars still buzzing, Granlund and the often criticized second line made the play necessary to win on a night where the Predators were outshot 42-28.

Center Kyle Turris won the faceoff back to rookie Dante Fabbro who immediately found Granlund along the wall. Granlund then cycled back to the blue line and directed a shot from the point that ricocheted off a Dallas defender’s stick and past a helpless Ben Bishop.

“We got the lead back, so it was big for us,” Granlund said. “You just try to go out there and work hard and you’ve got to believe (the goals) will come sooner or later, and it was fun to get one tonight.”

Make no mistake, this was not a blueprint to success in the playoffs for Nashville. Dallas tilted the ice for too much of the final two periods. And the Predators took four more penalties, including two 31 seconds apart in the second period.

But the Preds found a way. They killed off all four penalties, including 1:29 of a 5-on-3, dropping the Stars to just 1-13 on the power play in this series.

“Great teams have to find ways to make a difference in those moments,” Predators defenseman P.K. Subban said. “It was unfortunate to go down two guys, but we found a way to get it done.”

And on a day when the Central Division champs learned they would have to go at least a week without Wayne Simmonds, after he took a Roman Josi slapshot off the knee in game two, and Brian Boyle, who had appendix surgery over the weekend, they showed the type of depth necessary to make a deep playoff run.

Rocco Grimaldi scored for the second time in as many games since being inserted into the lineup, surprising Bishop with a quick shot from along the boards in the second period. One of the assists on the play came from Miikka Salomaki who was playing in his first game since January 4th, and, along with Grimaldi and center Calle Jarnkrok, made the Preds’ fourth line a factor.

And then there’s star Filip Forsberg. Controlled by a stingy Stars defense through two games, managing just two shots in game two, Forsberg found some space in the Dallas zone and found a way to take a Nick Bonino pass out of mid-air to score a highlight reel goal that briefly made it 2-0.

It was Forsberg that perhaps best summed up the Preds’ game three effort: “Pekks made a couple unbelievable saves there at the end of the third period there. Yeah, we could’ve played better, but at the same time, that’s what the playoffs are all about. Finding a way to win.”

And that’s the bottom line. They don’t ask how in the postseason, just how many. And Monday night the Predators took the Stars’ best punch and fought it off thanks to some stellar goaltending and a lineup that just found a way to steal a win that gets them halfway to round two.