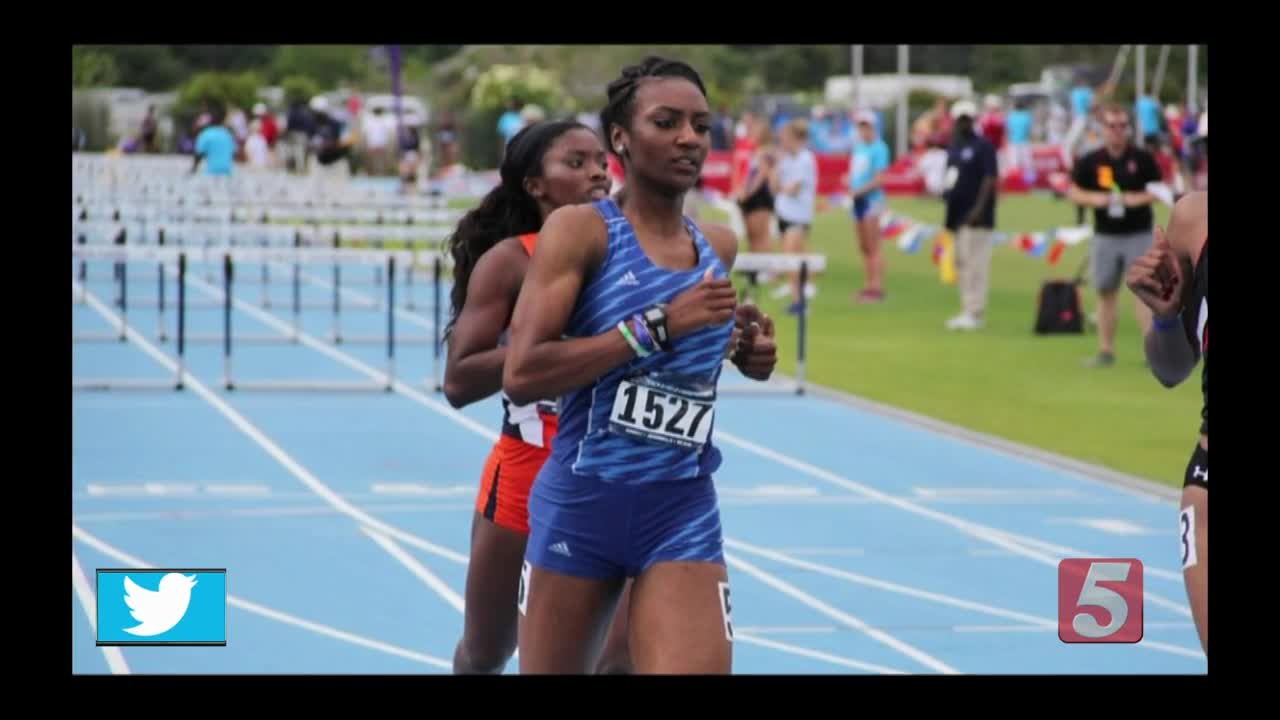 This was going to be Amber Hughes' moment. The former Tennessee State Track &amp; Field standout had already qualified for the United States Olympic Trials in June, and was setting her sights for this summer’s Tokyo Olympics.

NASHVILLE, Tenn. (WTVF) — This was going to be Amber Hughes' moment. The former Tennessee State Track & Field standout had already qualified for the United States Olympic Trials in June, and was setting her sights for this summer’s Tokyo Olympics.

Then the Coronavirus began to spread across the U.S. and much of the world.

On Tuesday with uncertainty about the COVID-19 pandemic and with countries pulling their athletes out of this summer's Tokyo Games, the International Olympic Committee announced it's postponing the summer Olympics until 2021.

For Hughes, the news came as a disappointment, but not as the end of the world.

“I am not surprised,” Hughes said via Zoom Tuesday from her home in Atlanta. “You know with the coronavirus around and everything being canceled initially in the States, especially the meets we use to prepare, I kind of figured that without a fair (playing field) it wouldn’t suffice.”

Hughes failed to qualify for the United States team as a sophomore, but went on to have one of the most decorated track careers in TSU history. She was named the 2017 OVC Female Athlete of the Year.

Despite battling injuries after her college career ended, Hughes felt ready for another chance to prove she belonged on track & field’s biggest stage. But after waiting nearly four years for another crack at the U.S. Olympic Trials, she now has to wait even longer.

“It’s kind of bittersweet,” Hughes said. “It is something I’ve been preparing for, but it hasn’t been canceled. It’s just been postponed. So, for the sake of everyone’s health – for myself, my teammates and the other competitors – I think it’s fair, and I think it’s just something we’re going to have to overcome and just get ready for it again next year.”

Hughes owns one of the 25 fastest times run in the 100 meter hurdles, her signature event, over the past year. She ran a 12.74 at an event in Austria last May.

But now with a little more time to prepare, she believes she can run even faster.

It’s a mission delayed, but one that’s still very much within reach. And Hughes knows if she can finally qualify for the U.S. team next summer, it will be even more rewarding because of all she's been through.