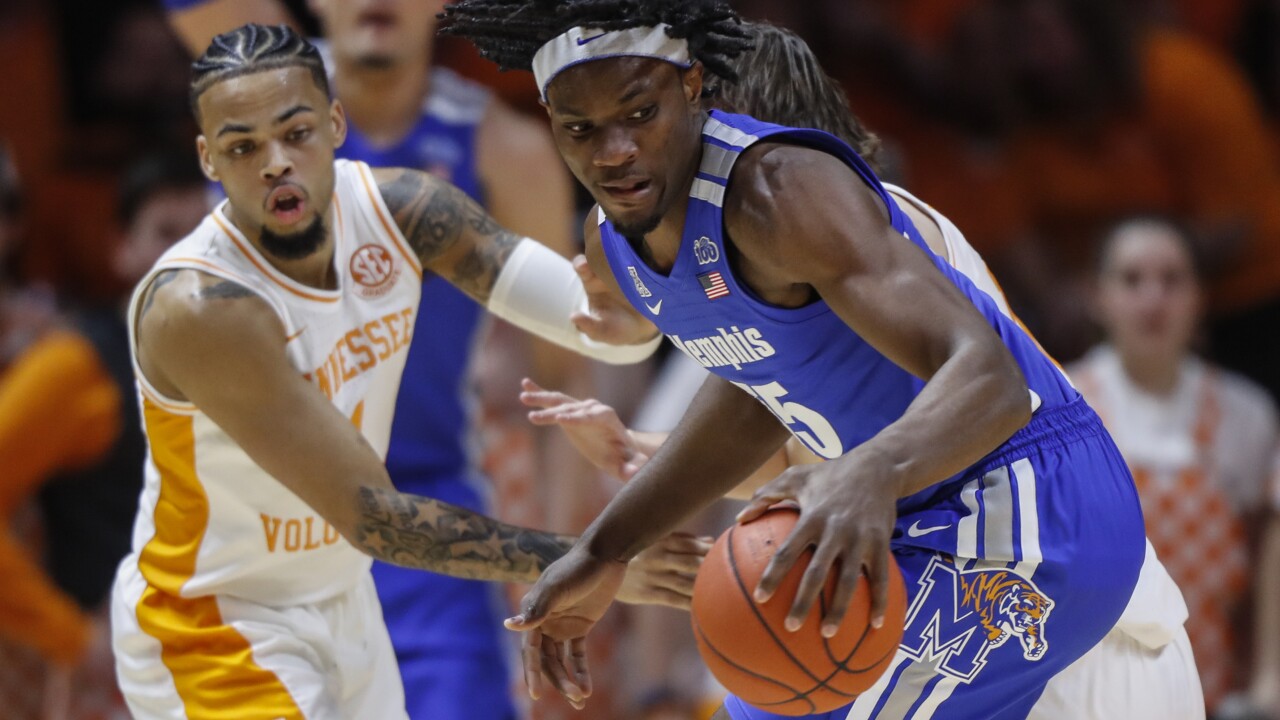 (Copyright 2020 The Associated Press. All rights reserved. This material may not be published, broadcast, rewritten or redistributed.)
Wade Payne/AP
Memphis forward Precious Achiuwa (55) works for a shot as he's defended by Tennessee guard Lamonte Turner (1) during the first half of an NCAA college basketball game Saturday, Dec. 14, 2019, in Knoxville, Tenn. (AP Photo/Wade Payne)

NASHVILLE, Tenn. (WTVF) — A state senator from Memphis has filed a resolution that would require Memphis and Tennessee to play each other in football and basketball at least once a year.

The resolution would urge the two teams to being playing each other in football at least once a year in Nashville beginning in 2025.

When it comes to basketball, the resolution would urge the two programs men's basketball teams to play each other at least once during the regular season beginning in the 2020-2021 academic year.

The teams would alternate home court during the series.

The Volunteers and Tigers last played on the gridiron back in 2010. Tennessee leads the football series 22-1 against Memphis. The Tigers lone win came in 1996.