Nashville to allow fewer than 7,000 fans at Nissan Stadium for Steelers game on Oct. 4 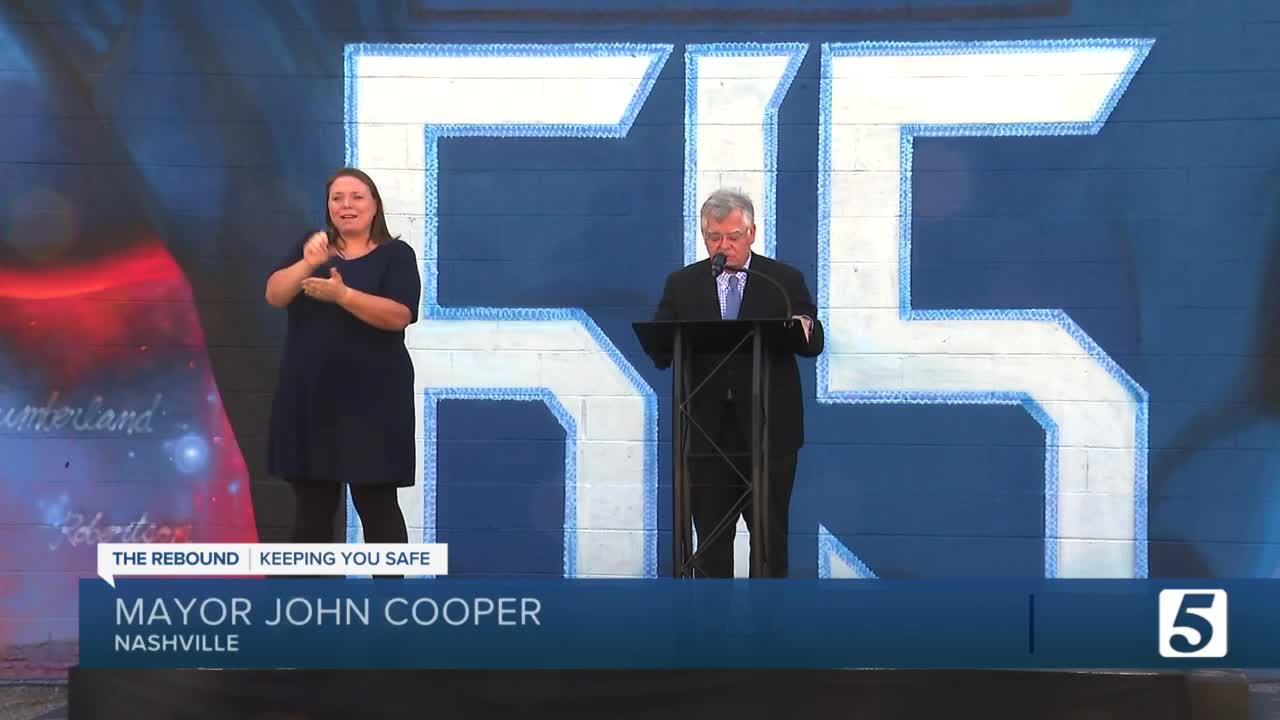 Nashville Mayor John Cooper has announced that Titans fans will be able to attend the Steelers game at Nissan Stadium on Oct. 4 at 10% capacity. 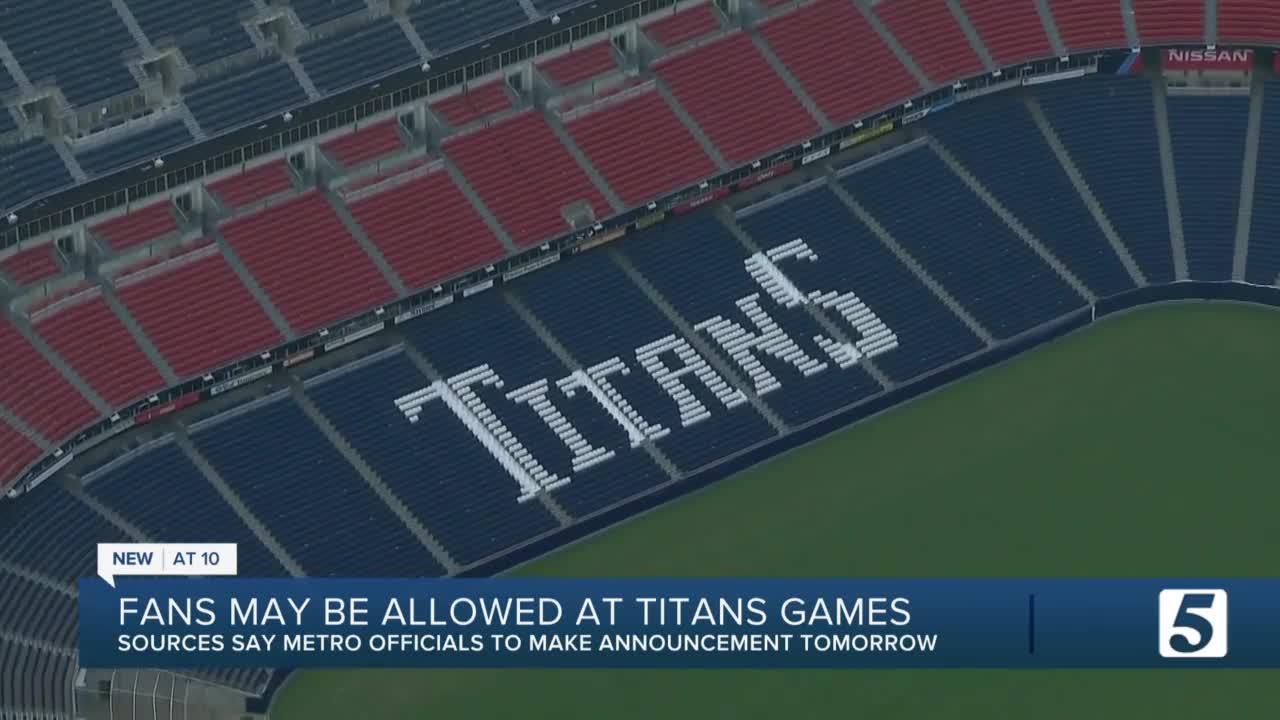 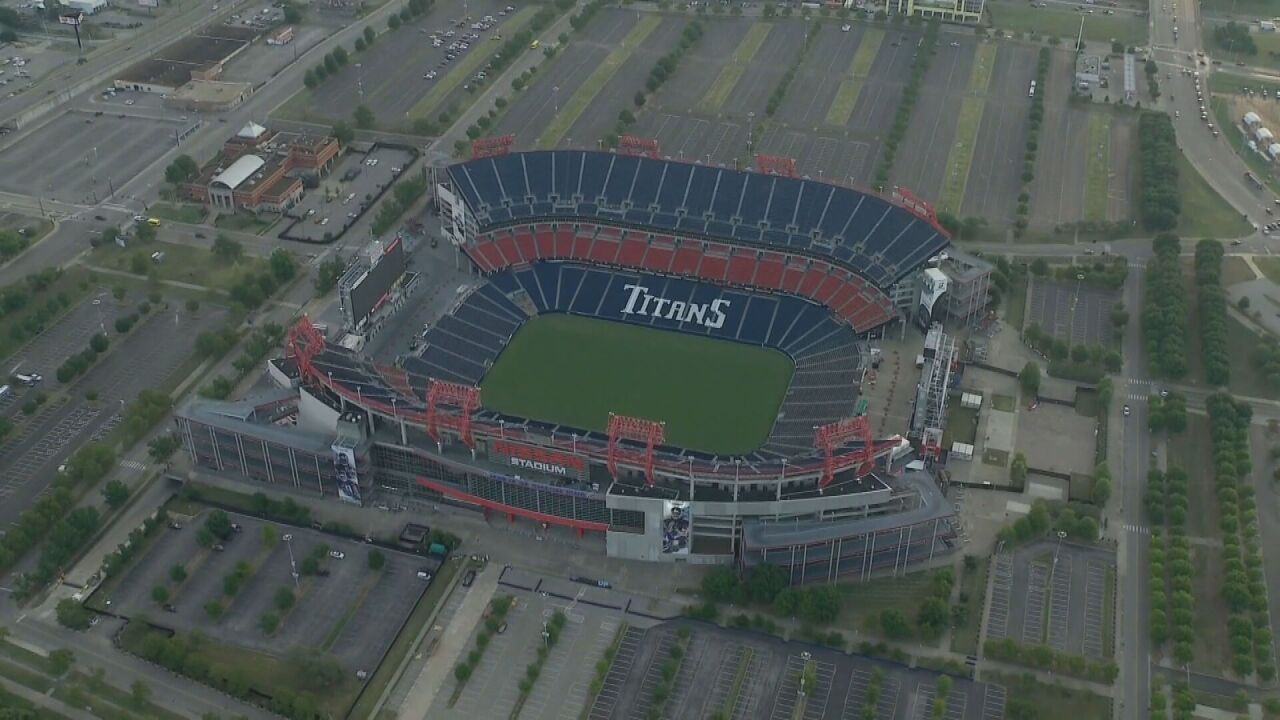 NASHVILLE, Tenn. (WTVF) — Nashville Mayor John Cooper has announced that Titans fans will be able to attend the Steelers game at Nissan Stadium on Oct. 4 at 10% capacity. That's fewer than 7,000 of the stadium's 69,143 maximum capacity.

Cooper made the announcement Thursday during Metro's COVID-19 update. He also said the city would transition from its modified Phase Two to Phase Three on October 1.

Additionally, the Oct. 11 Titans game vs the Bills can have 12.5% occupancy, while the Oct. 18 game against the Texans can have 15%. The goal for November to the end of the season would be to get to 21% occupancy, which is the maximum allowed by current CDC guidelines.

Earlier this month, the city announced that the team would play its home opener against Jacksonville this Sunday without fans.

Tickets will be made available to Titans season ticket holders only, at least for now. The team is encouraging fans to get to the stadium early to prevent lines at the gates.

Fans will be required to wear masks and social distance the entire time they're on the property. Mask wearing will be enforced by the franchise's security team and officials from Metro Public Health.

Season ticket holders will be able to reserve up to six seats together in their group. Groups will be spaced apart from each other in the stands.

Concession stands will be open, but all items will be sold pre-packaged. The team has also installed 300 hand washing stations throughout the concourses.

Titans CEO Burke Nihill says the team will work closely with Metro Public Health if any patrons end up testing positive for COVID-19. "We have had some conversations with the health department about how the Ticketmaster technology and understanding where particular people are sitting in seats would be able to help contact tracing efforts," said Nihill.

Mayor John Cooper says he understands this is a calculated risk to allow fans back in the stands, but it's one they feel like can be done safely. "We have an economy and a city that has to be functional as safely as possible. We’re trying to find that sweet spot to be able to do it," Cooper said during Thursday's news conference.

Only two NFL games were played in front of a live audience during week one. The Chiefs and Jaguars allowed fans in their stadiums, and this weekend the Colts, Cowboys, Browns and Dolphins will play in front of a crowd.