Tennessee falls to Purdue in overtime 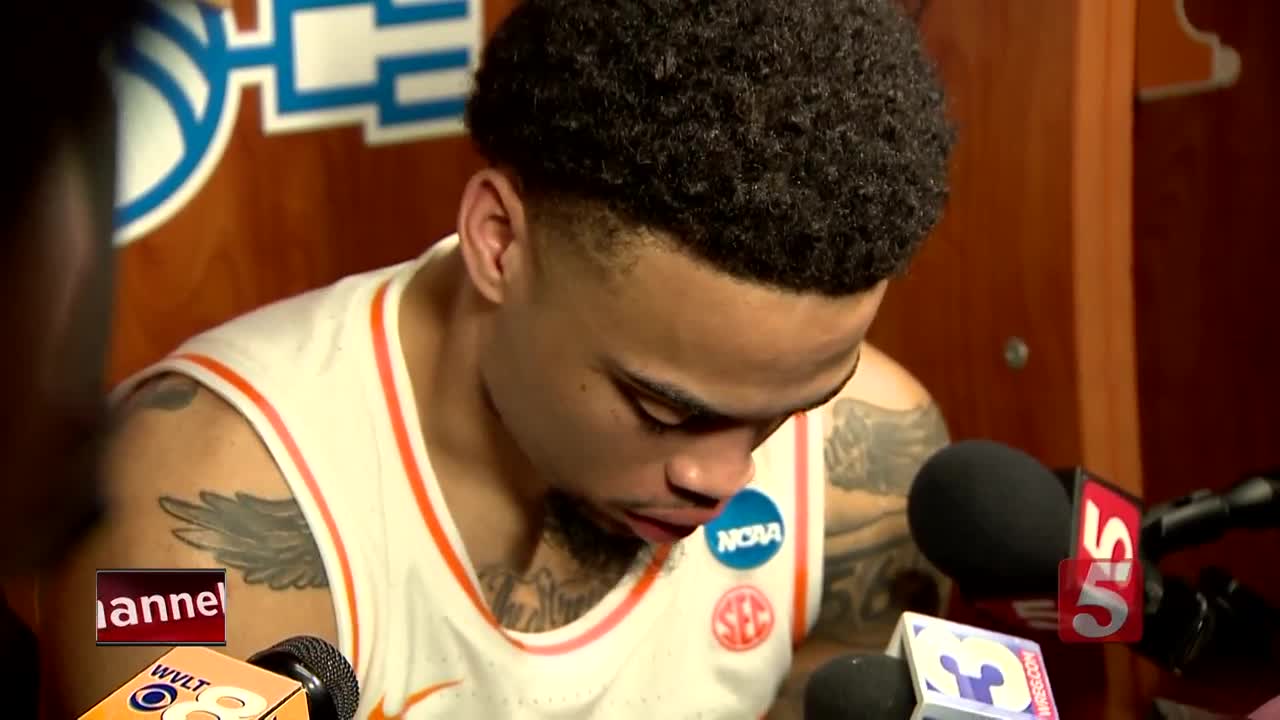 Purdue is in the South Region final after outlasting Tennessee 99-94 in overtime. 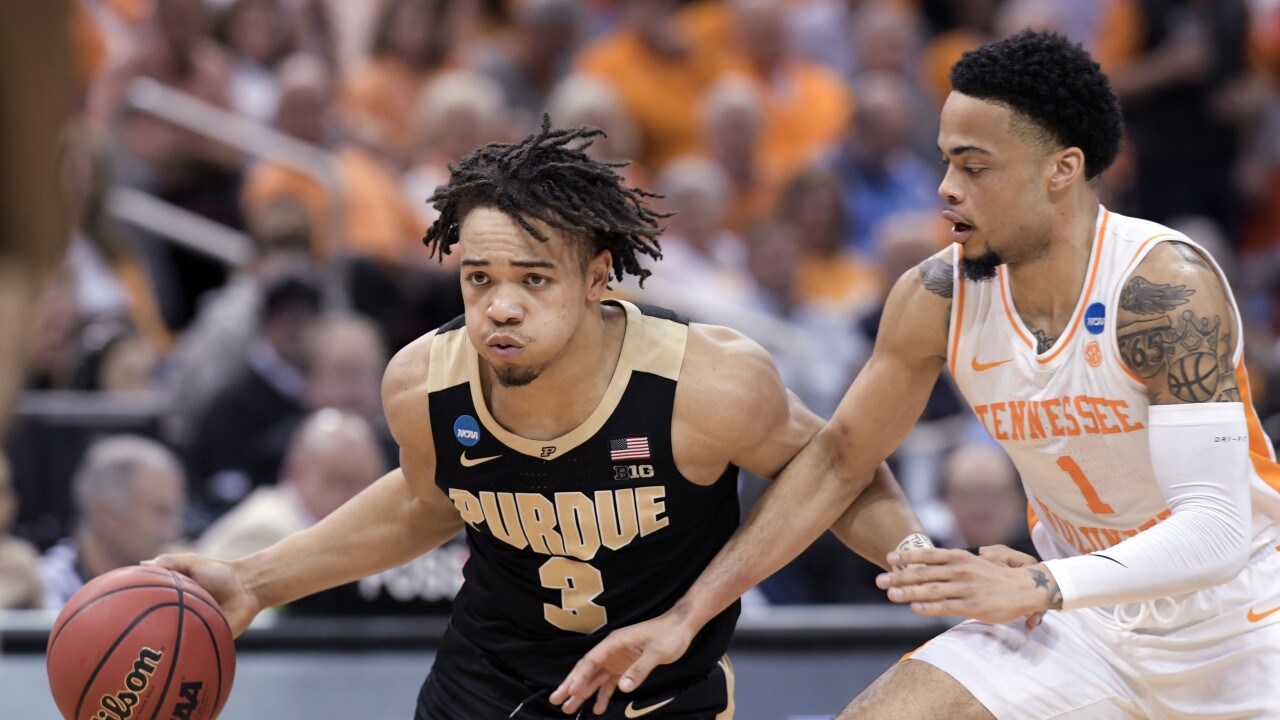 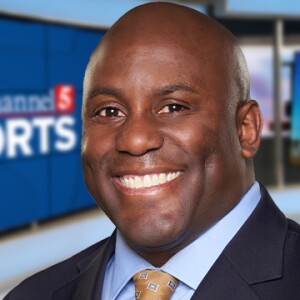 LOUISVILLE, Ky. (WTVF) — The Tennessee Vols season came to a disappointing end as they lost in overtime to Purdue 99-94 in the NCAA South Regional Semi-final. The Vols were down by twelve to the Boilermakers at the half and trailed by as many as 18 in the second half before staging a furious comeback.

Fellow senior Grant Williams' rebound dunk with 8.8 seconds left in regulation put U.T. ahead 82-80. But, a controversial foul call on Lamonte Turner allowed Purdue's Carsen Edwards to tie the game with free throws and force overtime. In OT, Purdue made several key shots and sank their free throws to seal the win. Afterwards the Tennessee players fought back tears in what was a quiet and somber locker room.

Both Williams and Schofield scored 21 points apiece to lead the Vols, but neither was in the mood to celebrate afterwards. "I'm just sad we had to go out on this sour note," said Schofield. "To make it to the Sweet 16 is a dream come true, we just came up a little short."

Williams added: "We had a great season, but it's hard to think about that right now."

Tennessee finishes the season with a school record tying 31 wins.