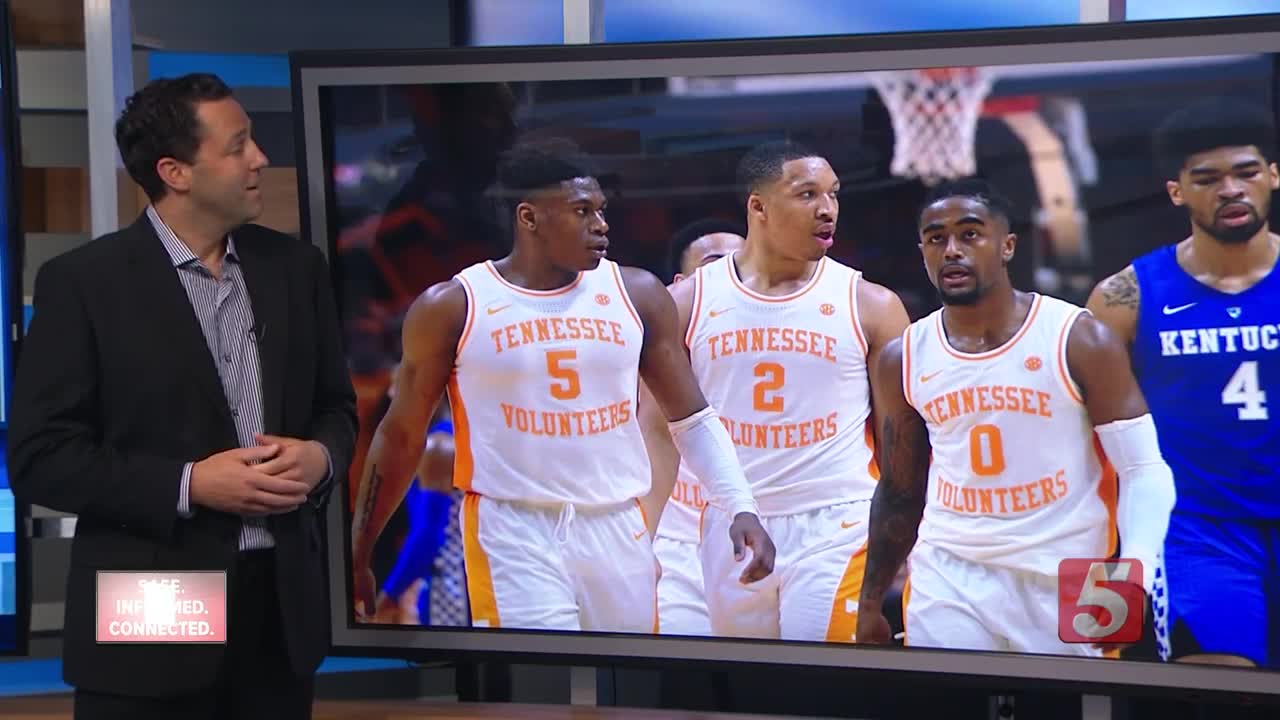 In a matchup of the two favorites in Omaha, Vanderbilt jumped into the driver’s seat of their bracket with a 6-3 win over no. 6 Mississippi State that moves the Commodores within one win of the College World Series finals.

NASHVILLE, Tenn. (WTVF) — They led Tennessee to a dream season that included a month ranked as the number one team in the country, a trip to the SEC tournament final and a rare appearance in the Sweet 16. Now they're hoping to see their NBA dreams come true.

Admiral Schofield, Grant Williams and Jordan Bone all hope to hear their names called somewhere from the end of the first round through the second. Former Vanderbilt coach Bryce Drew had to compete against them and likes what each one of them can potentially bring to a NBA roster.

“I’m very familiar with all three of them and love them all,” Drew told Newschannel 5.

Schofield played four years at Tennessee, helping Rick Barnes turn the program around from a bottom feeder in the SEC to a team that won a SEC title and went to back to back NCAA Tournaments. He averaged 16.5 points and 6.9 rebounds per game as a senior while shooting nearly 43 percent from three-point range.

“Admiral I’ve seen since high school,” Drew said. “He is a fierce competitor and he is a winner. And when you’re drafting in the NBA you want winners and you want competitors.”

While Schofield is likely to be a second round pick, many think the best prospect of the trio is Grant Williams. The two-time SEC Player of the Year was among the conference’s leaders in points per game (18.8) and rebounds (7.5) last season. He figures to be a bit of a tweener at the NBA level, but Drew points to his penchant for coming up big in the clutch and his leadership ability as to why a NBA coaches will love to have him on their team.

“I’ve been in the (SEC),” Drew said. “I think it’s the best league in the country for NBA prospects and he shined in this league, so he will be a guy that can instantly go in and help a NBA roster.”

Bone, a Nashville native, improved each season at Tennessee, going from an inconsistent freshman to an All-SEC performer as a junior. He decided to leave school early after averaging 13.5 points and a league-best 5.8 assists per game last season. Some mock drafts don’t have Bone getting selected, but most have him going in the second round.

“He’s improved so much in the last couple years,” Drew said. “With his ability to shoot and his ability to get up and down the court with a high speed, he’s a very, very good player and intriguing for a NBA team.”