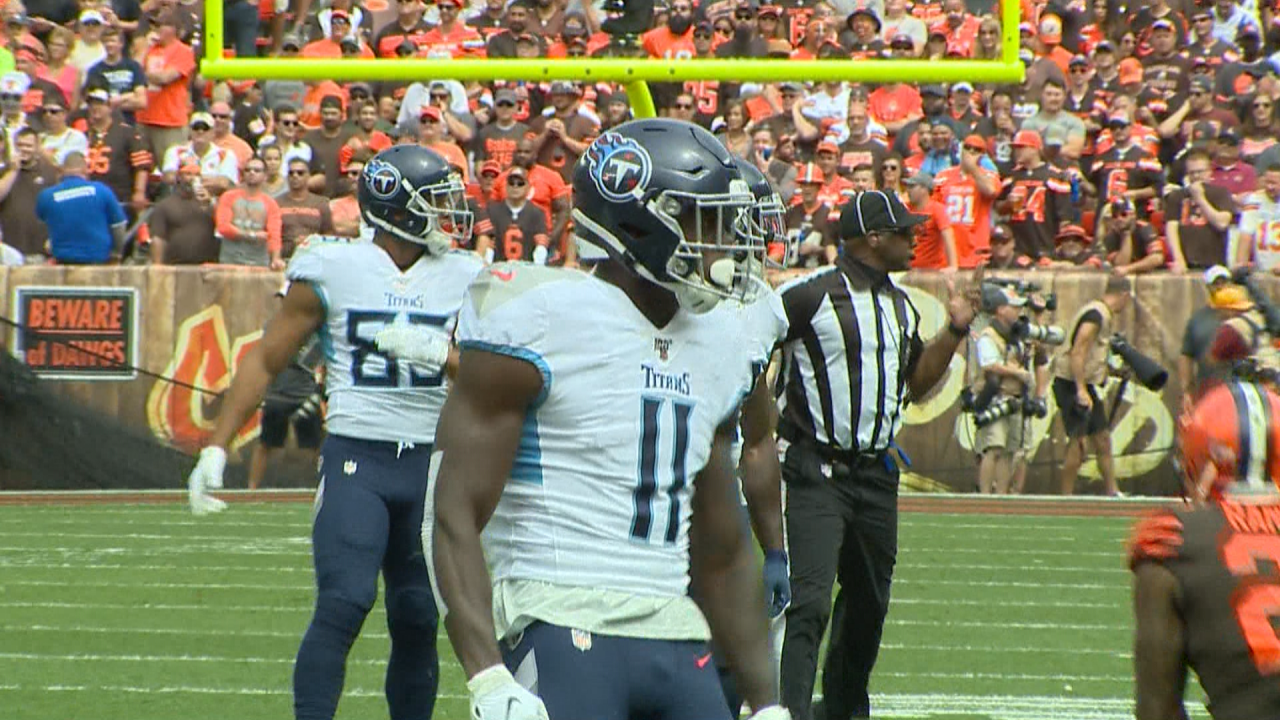 CLEVELAND, Ohio (WTVF) — The Cleveland Browns are a popular choice to be a playoff team in 2019. But on Sunday, the Tennessee Titans didn't seem to be all that impressed. The Titans opened the season with a convincing 43-13 win over the Browns at First Energy Stadium.

Running back Derrick Henry accounted for 159 total yards and scored twice while tight end Delanie Walker caught two touchdown passes in his first game back after injuring his ankle in last season's opener in Miami.

"It felt great to be back out there," Walker said.

The Titans defense gave up a touchdown on the Browns' first drive of the game, but the unit put the clamps down on Baker Mayfield and company the rest of the way. New Titans linebacker Cameron Wake had 2.5 sacks and Kevin Byard, Logan Ryan, and Malcolm Butler each had an interception. Butler returned his 38 yards for a touchdown.

Meanwhile the Browns were their own worst enemies as they committed a whopping 18 penalties for 182 yards, leading some to believe the preseason hype surrounding the team was a bit premature.

"They are who we thought they were," said Walker. "If y'all wanna crown them [as champions], go ahead and crown them."

The Titans are 1-0 for the first time since 2015. They'll host the Indianapolis Colts next Sunday in the regular season home opener at Nissan Stadium.