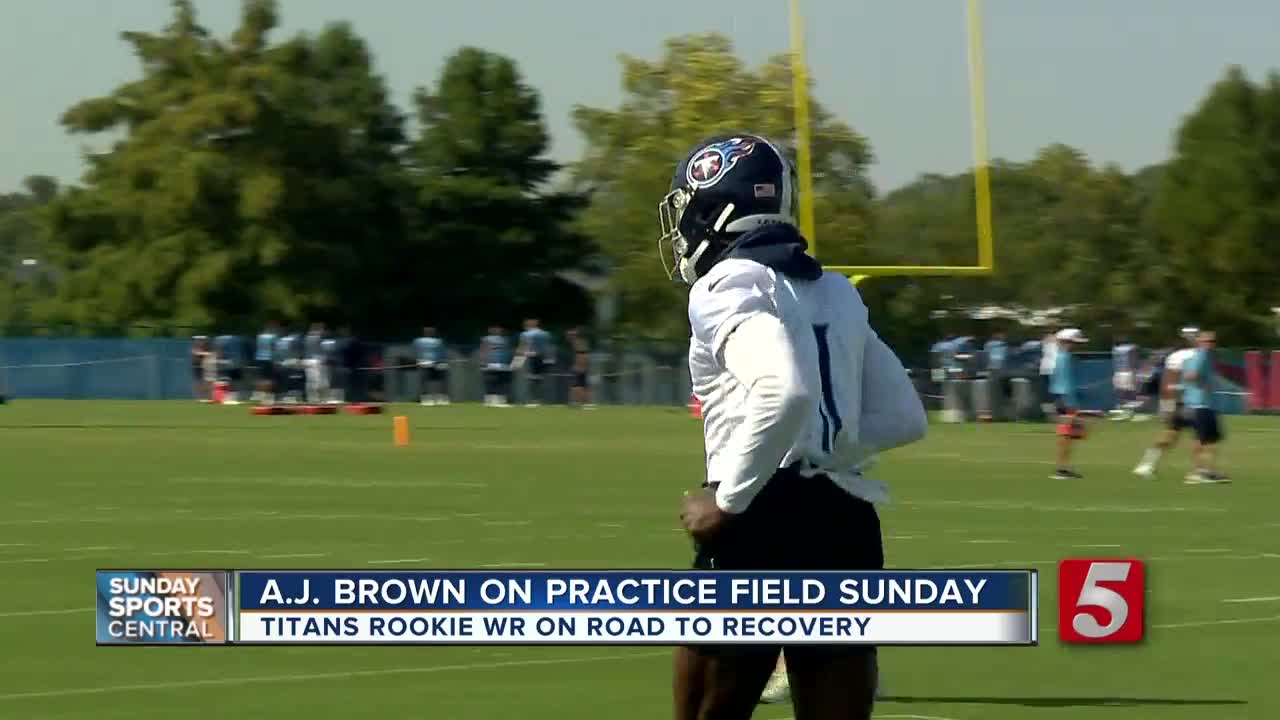 NASHVILLE, Tenn. (WTVF) — The Titans were back at training camp practice on Sunday at St. Thomas Sports Park. The team took the field in "shells" (Helmet, light shoulder pads, and shorts) for a second straight day.

There was some encouraging news regarding Titans rookie wide receiver A.J. Brown who's yet to practice this summer due to an injury. Brown was able to do some field work on his own on Sunday, and Head Coach Mike Vrabel said afterwards that the plan is to bring him along slowly. There is no definitive timetable for his return.

Another Titans wide receiver, Taywan Taylor has impressed the coaching staff the last two days. Taylor had some critical drops in the Titans first preseason game against the Eagles last Thursday, but he's looked good at practice making several tough catches and he caught a touchdown pass on Sunday during a team period.

Over the weekend, the Titans were happy to welcome back Pro Bowl defensive tackle Jurrell Casey. Casey was taken off the team's Physically Unable to Perform (PUP) list after sitting out the first part of camp rehabbing a knee injury from last season. Casey said after Saturday's practice he's happy to be back healthy and on the field with his teammates.

It's big week coming up for the Titans. The Super Bowl Champion New England Patriots come to town for joint practices on Wednesday and Thursday at St. Thomas Sports Park (Both practices are open to fans) and the two teams will play each other Saturday night in preseason game number two at Nissan Stadium with kick off set for just after 6:00pm.