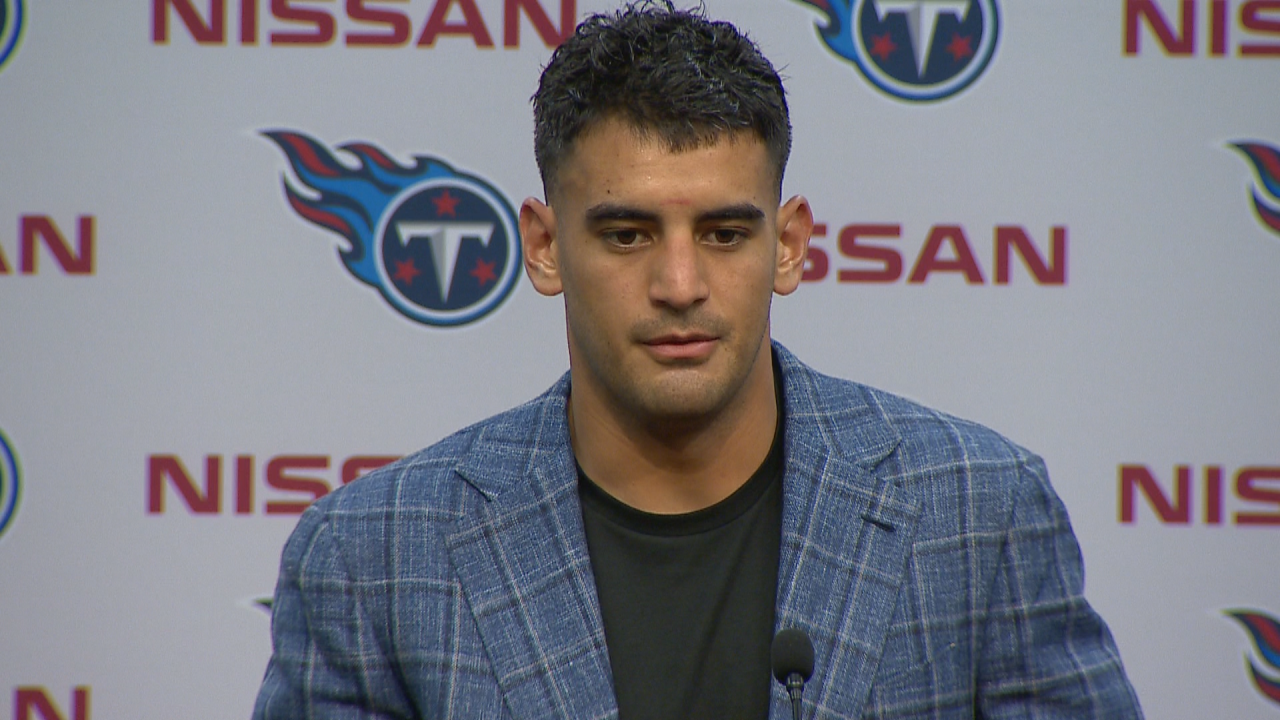 NASHVILLE, Tenn. (WTVF) — The Titans had their chances, but in the end Sunday it was more of the same. Another Colts victory, this time 19-17, in an AFC South rivalry that has been owned by Indianapolis in recent years.

It was an electric afternoon at Nissan Stadium. A pregame pyrotechnics glitch sparked a small fire that left about a 10-yard swath of charred grass on the northwest sideline, and a halftime ceremony honoring Steve McNair and Eddie George caused more than a few Titans’ fans to tear up.

The team retired their numbers, the first no. 9 and no. 27 to be taken out of use in NFL history. George spoke passionately about his time with the Titans, as did Fred McNair, the brother of the late McNair. The hope was that the emotional day might put the Titans over the top against their nemesis.

Gone is Andrew Luck, the quarterback who never lost to the Titans, going 11-0 before his surprising retirement three weeks ago. But Jacoby Brissett stepped right in Sunday to adeptly avoid the Tennessee pressure and throw for three touchdowns, including what proved to be the game-winning score to T.Y. Hilton with 4:38 to go.

Even still the Titans had their chances. Adam Vinatieri is no longer a sure fire kicker, missing two more extra points Sunday to fuel speculation that the future Hall of Famer will retire on Monday back in Indianapolis. His misses kept the Titans in the game, needing just a field goal to take the lead or win over their final two possessions.

But the offense that looked crisp and creative a week ago in Cleveland was anything but on Sunday. Tajae Sharpe stepped back shy of the first down marker on one series as the Titans bungled their way to a three and out. Then after the defense did its part to get them the ball back the offense left even more people scratching their heads with a mind-boggling end game sequence.

A short pass to Delanie Walker and a scramble by Marcus Mariota to midfield had the Titans within striking distance of setting up Cairo Santos, who earlier missed a 45-yard field goal, for a shot at redemption. But Mariota spiked the ball to stop the clock on first down, threw a pass to A.J. Brown short of the first down marker on second down and then chose to spike the ball again to stop the clock on third down.

That left the Titans with 14 seconds, no timeouts and one play to keep their chances alive. When Mariota’s pass to Brown sailed high the Colts had secured another victory in Nashville.

We’ve seen this before. Indianapolis continues to find ways to win in these games while Tennessee continues to come up short against its closest geographical rival.

The Colts only managed 288 total yards with Brissett’s 17-28, 146 yard performance nearly mirroring Mariota’s 19-28, 154-yard day. But Brissett and the Colts converted seven of their 14 third down opportunities in the game, including a third and 12 conversion on the game’s opening drive that set up the day’s first score to Eric Ebron and a 19-yard completion to Hilton on third and 15 to set up Indy’s second TD.

Marlon Mack rushed 20 times for just 51 yards, but Jordan Wilkins’ 55-yard burst in the fourth quarter set up the go ahead score. Meanwhile, Derrick Henry ran for better than five yards per carry Sunday, but only got 15 carries because the Colts continued to stack the box against the run.

They dared the Titans to beat them passing the ball and they couldn’t. Some of that is on Mariota who often held onto the ball too long, taking four more costly sacks. But some of the blame has to go to new offensive coordinator Arthur Smith, who was rightfully praised last week for his calls against the Browns, but now deserves criticism for not sticking with Henry more and not using prize free agent Adam Humphries hardly at all through the season’s first two weeks.

Bottom line, is the Titans have to be more consistent on offense. You can not win games consistently scoring 17 points in the NFL.

They had a chance to shift the balance of power in the AFC South Sunday by discarding their nemesis on a day when it seemed everything was tilted in their favor. Instead, it was another frustrating loss that has the Titans needing to regroup quickly before another AFC South game Thursday night in Jacksonville.

The Titans are capable of much, much better than this. We saw it in week one. But any hope that they’d grown out of the inconsistency that has plagued them for so long against teams like the Colts disappeared in a familiar scene Sunday.