Titans give players chance to speak up in challenging time 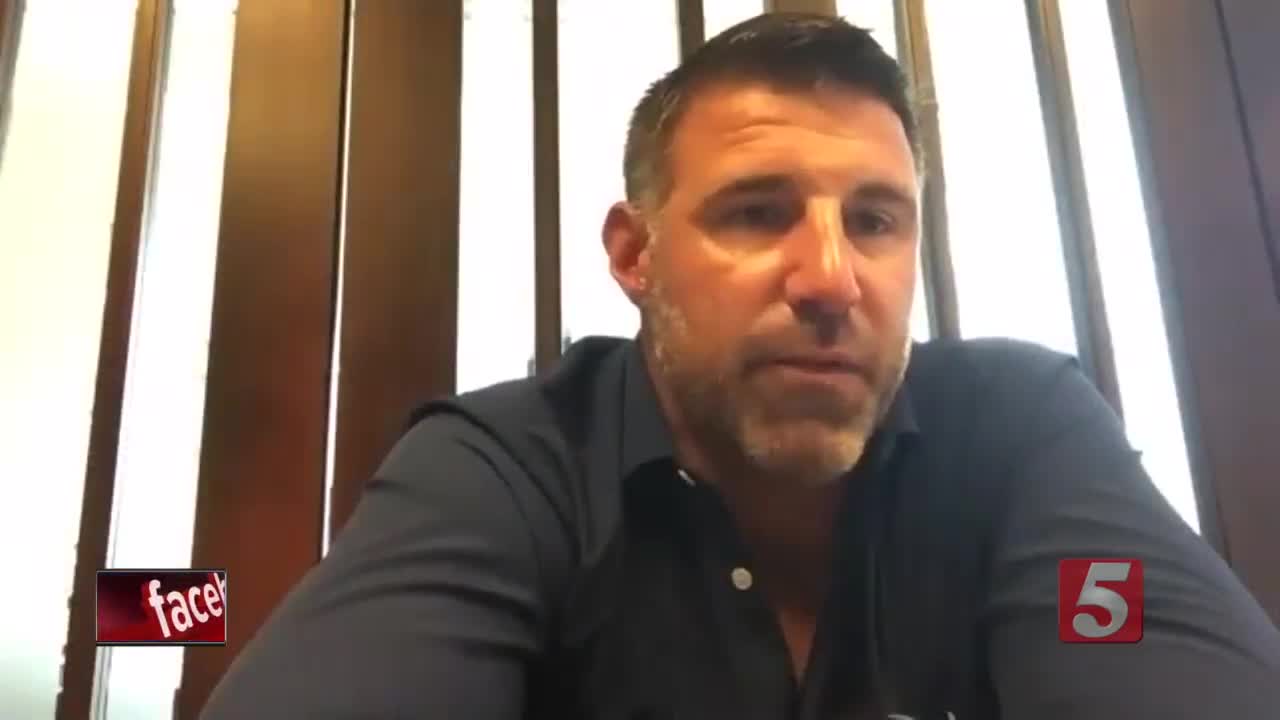 On a typical day in the Titans’ virtual offseason program it’s the coaches that lead team meetings. But this week, with protests and riots over the killing of George Floyd continuing around the country, Mike Vrabel moved the discussion from football to life, and turned things over to his players.

NASHVILLE, Tenn. (WTVF) — On a typical day in the Titans’ virtual offseason program it’s the coaches that lead team meetings. But this week, with protests and riots over the killing of George Floyd continuing around the country, Mike Vrabel moved the discussion from football to life, and turned things over to his players.

On Monday and Tuesday this week the Titans spent significant portions of their team meetings discussing the Floyd case, the response of the nation and how players on the team were feeling in the aftermath of a traumatic week.

“I’ve had the unbelievable opportunity to listen to our players the last two days,” Vrabel said Tuesday in an impromptu statement before a media call with defensive assistants. “You listen to them with an open mind and hear and learn what they believe in and how they feel.”

With the entire country focused on the issues of racism and policing, Vrabel wanted to make sure his team was taking part in the discussion.

Vrabel, along with Titans controlling owner Amy Adams Strunk and general manager Jon Robinson, has tried to build a coaching staff and a roster of good men. A majority of those men are black.

“Obviously it’s a tough time in our country with what’s going on right now,” secondary coach Anthony Midget said. “We had a very, very good meeting (with players) just being a sounding board and letting them talk how they felt. The guys want to help and do everything they can to make this country a better place.”

The goal of the conversations was simple. The Titans want everyone in the organization is well informed, empathetic and able to lead in their own communities outside of football.

Vrabel grew up the son of a basketball coach and has been in the game of football since before high school, including the past 27 years as either a player or coach in college football or the NFL. He’s spent virtually his entire life in a locker room.

Vrabel admits that may blind him to some race issues or real world bias in this country because sports are the ultimate meritocracy. When it comes to playing time or leadership roles in a football locker room, it doesn’t matter who you are or where you come from, but only what you can do.

“(The locker room is) built and managed on fair competition, love, loyalty, accountability, teamwork,” Vrabel said. “What they’re not built on is race, creed, color or money.”

As coaches and players work better to understand where each other come from and the challenges that they face, the Titans hope they can lead by example in Nashville and beyond as the United States looks to stomp out racism once and for all.

“The goal should be inclusion, diversity, equality, opportunity,” Vrabel said. “We will continue to help lead our players as we work toward that common goal.”