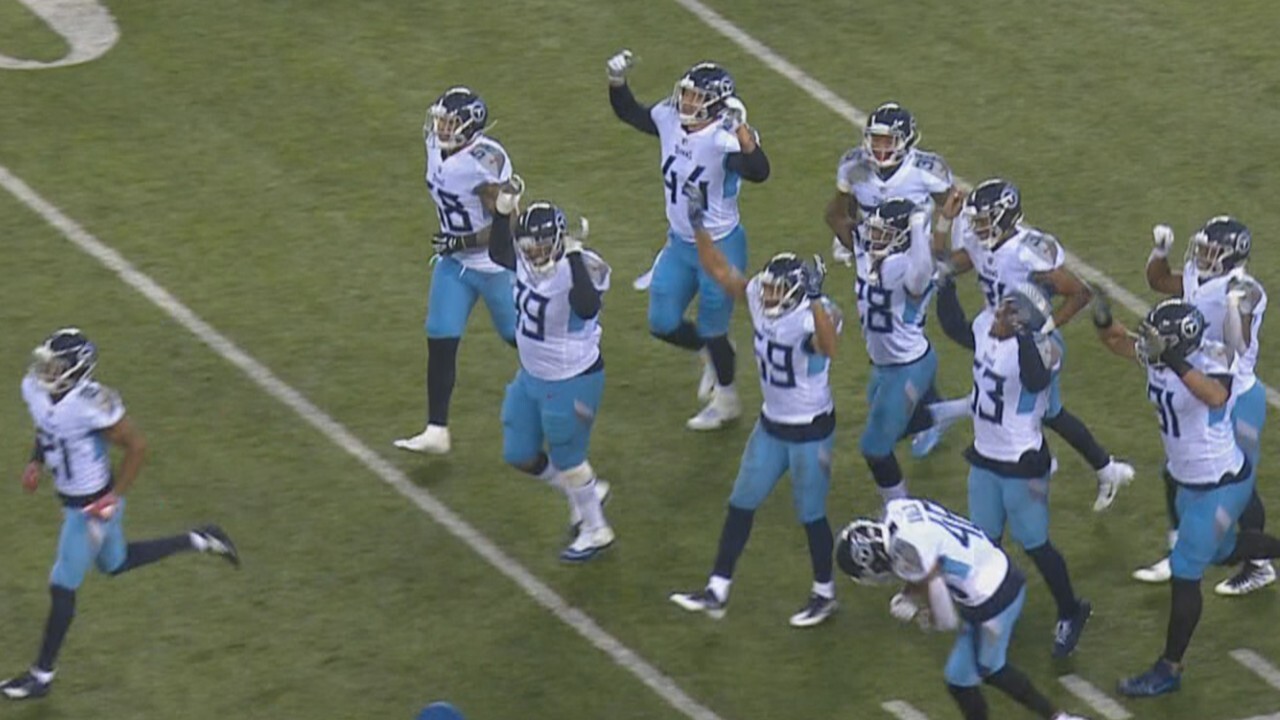 EAST RUTHERFORD, N.J. (WTVF) — They say the key to winning late in the season is the ability to run the football and play good defense. The Titans seem to have found the recipe just in time, riding Derrick Henry and a stingy defense again Sunday, blanking the Giants 17-0 to stay alive in the AFC Wild Card race.

After being shopped around at the trade deadline following an ineffective start to the season, Henry looks like the Heisman Trophy running back he was at Alabama. He rushed for 238 yards and four touchdowns in the win over the Jaguars 10 days ago and followed it up with a career-high 33 carries for 170 yards and two touchdowns against the Giants.

Blame his early season struggles on a new offense, a rookie playcaller, a beat up offensive line or on Henry himself, but he has been a different back since coming back from the team’s late October bye week. Even in limited carries in November the coaches credited him for running harder and said he was deserving of more touches.

Henry got them against Jacksonville and capitalized, and Sunday they went back to him again and a gain.

On a rainy, windy and cold afternoon in which both quarterbacks struggled to throw the ball downfield and receivers had a hard time hanging onto their passes, the Titans fed just kept feeding Henry behind a physical offensive line.

He had carries of 10, six and six yards on consecutive plays on the game’s opening possession and, even though Ryan Succop missed a 48-yard field goal at the end of the drive, the tone was set for the afternoon. Henry’s first touchdown capped a 15-play, 75-yard drive in which it looked like he scored on a second and goal plunge. The touchdown was called back on review and Marcus Mariota was stuffed on a third and goal QB sneak, but Henry was able to power his way in on fourth down to give the Titans a big early score.

Tennessee had outgained New York 109-35 up to that point while possessing the ball for 11:20, but only held a 7-0 lead into the second half on a day in which the conditions made it difficult for either offense to get going.

It was significantly more difficult for the Giants. They rushed for more than 200 yards the past two weeks, but Tennessee bottled up rookie sensation Saquon Barkley, holding him to just 31 yards on 14 carries. Eli Manning threw 44 times for just 229 yards, and was sacked three times as Tennessee pitched its first shutout in 18 years.

The game really swung in the third quarter thanks to a Titans defense that, like it has done all year, stood tall in the red zone. The Giants put together a promising opening drive to the second half, but on third down Manning’s pass was picked off by All-Pro safety Kevin Byard at the 15-yard line.

A couple first downs from Henry and company and a good punt by Brett Kern flipped the field, backing the Giants up near their own goal line. That’s when the defense struck again.

Kamalei Correa wrapped Manning up in the pocket and jarred the ball loose. Jurrell Casey pounced on the fumble, and five plays later the Titans took a 14-0 lead on Henry’s second TD of the game.

It’s a third straight victory for a Titans team that was counted out of the race three weeks ago after it fell to 5-6 with a second straight blowout road loss. But the Titans have found their running game, the defense has returned to form and they are playing their best football when it matters most.

Tennessee still needs some help. The Titans are tied at 8-6 with the Ravens and Colts, but currently lose the tiebreakers to both. They can solve the Indy problem with a win at home in week 17, but will need either the Chargers or Browns to knock off Baltimore.

But, mainly, they just need to keep doing what they’re doing. Feed the ball to no. 22, play good defense and keep taking care of their own business.

The formula is working, and they discovered it just the nick of time.