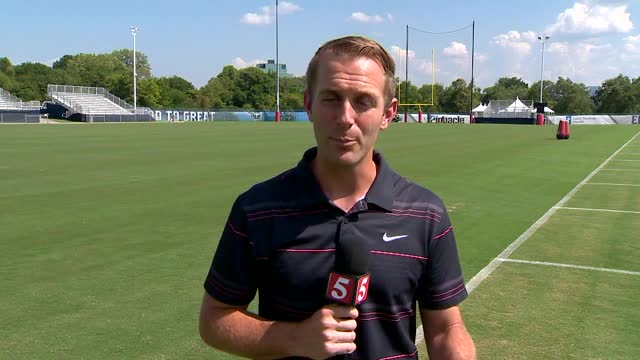 Kicker Ryan Succop has passed his physical and and Tight End Jonnu Smith hav been taken off the team’s Physically Unable to Perform list. 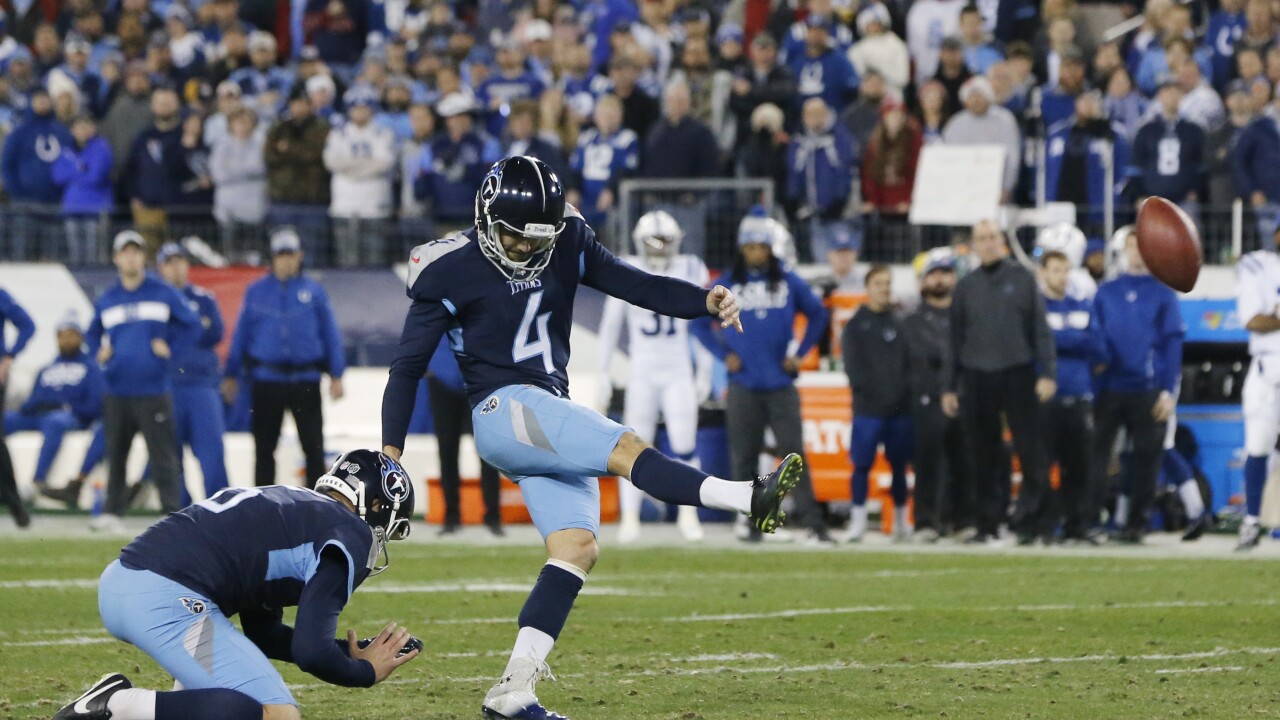 NASHVILLE, Tenn. (WTVF) — After a day off Sunday the Titans returned to work Monday at St. Thomas Sports Park, moving practice inside to avoid the scorching-hot upper-90 degree heat in the mid-state during the afternoon hours.

But the big news of the day came before the team even took the field inside the practice bubble when tight end Jonnu Smith and kicker Ryan Succop passed their physicals and were taken off the Physically Unable to Perform List and added to the active roster.

Smith, who suffered an ACL tear just eight months ago, wore a heavy brace around his knee as he went through individual drills with his teammates. He did not practice during the team periods, but said it felt great to just be able to run around with his teammates and added that, “the brace will be coming off soon because I don’t like it very much.”

Succop was not seen on the field. The reliable veteran had offseason knee surgery, but is expected to be ready by the regular season opener Sept. 8th against the Browns in Cleveland.

Running back Derrick Henry also increased his workload Monday, going through more individual drills. He’s still yet to take a snap in a team period after straining his calf on the opening day of training camp, but the Titans hope to get him to do more and more as this week progresses. Head coach Mike Vrabel would not commit to playing Henry in Sunday’s third preseason game against the Steelers, however.

“I’m not going to hope and wish about it,” Vrabel said. “If he’s better by Sunday and can play, then we’ll play him. And if not, we’ll keep working and getting him back.”

An undisclosed injury continues to hold rookie offensive guard Nate Davis out of practice. Asked how that affects the Titans’ ability to put together an offensive line, Vrabel suggested it really only hurts Davis. Everybody else is moving on, getting reps and, ultimately, finding their roles.

The head coach says he wanted to practice inside because of the intense heat with Monday starting the first of four consecutive days of practice. The Titans chose to focus mostly on individual skill development in the practice that Vrabel hopes will carry over as the team heads back outside for the next three days.

The Titans will roughly simulate game week preparation over the next three days with a loose gameplan put together to compete against the Steelers Sunday night when starters are expected to see their most significant action of the preseason.