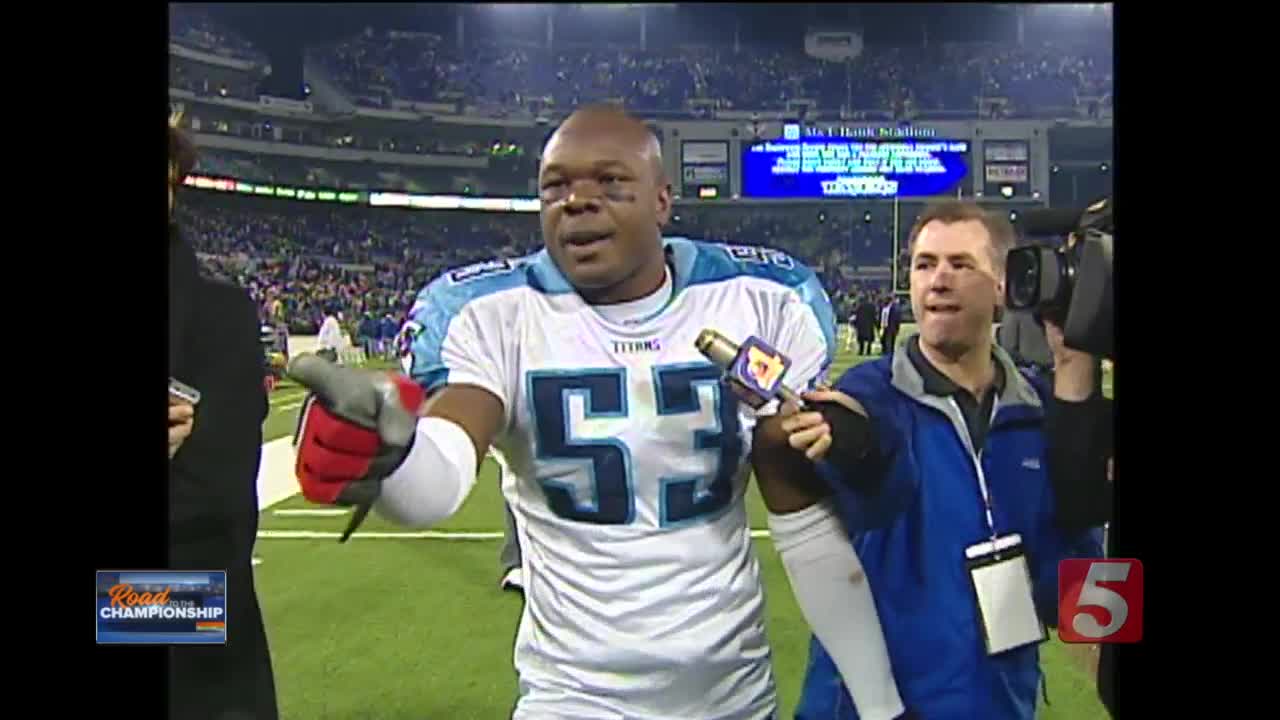 A look at the Titans, Ravens rivalry over the years

BALTIMORE (WTVF) — The Titans and Ravens are no stranger to one another. Saturday’s AFC Divisional game in Baltimore will mark the third straight season they’ve met. But if you go back a few years you will find bad blood between the two sides from what was one of the fiercest rivalries in the NFL.

“We knew we had to put on our big boy pads,” former Titans linebacker Keith Bulluck said. “And you’d be sore after.”

Every game was a battle, but it’s the three meetings in the playoffs that elevated the rivalry and led to bad blood.

“It’s a different mentality because when you walk into either venue the doors are locked for 60 minutes and the last man standing is going to be the winner,” former Titans running back Eddie George said. “If you were to die on the field that day playing them, it’s OK. Life well lived.”

Sometimes not even the will to sacrifice everything was enough.

In their Divisonal Round matchup in January 2001 the Titans entered with the league’s best record, but were stunned when the Ravens scored on special teams and defense in the fourth quarter.

“We knew we had the better team.” Mason said. “And the only way we we’re going to lose is if we made mistakes, and that’s what happened.”

Ray Lewis’ 50-yard interception return sealed a 24-10 Ravens win, and silenced what may have been the best team in Titans history.

Instead the Ravens won the Super Bowl, and went on to win five straight games in the series before the Titans turned the tables in their next playoff matchup in January 2004.

Playing through a dislocated shoulder, George ran 25 times for 88 yards, doing everything in his power to will the Titans to a win.

“I had to make a decision on the spot that, ‘no, I’m here for the full 60 minutes plus,’” George said reminiscing that 2004 battle. “I was not going to allow us to leave that stadium without a victory.”

“There were a lot of guys from that 2000 team,” Bulluck said. “So it was very,very gratifying to go out there and get that playoff win for the organization and for those guys.”

But another one slipped away at the end of the 2008 season. The Titans were again the AFC’s No. 1 seed with homefield advantage against the No. 6 seed Ravens.

They outgained Baltimore 391-211, but fumbled three times inside the Ravens’ 30. Matt Stover’s 43-yard field goal with under a minute to play sealed the 13-10 win for the visitors.

“I remember us starting off well,” Bulluck said. “Chris Johnson I think bad 80 yards in the first half, but then he got hurt on a suspect tackle. But even still we had our opportunities to win it and we just didn’t make it happen.”

They are memories, good and bad, that remain with those that competed and lived through the peak of this rivalry. And bad blood that should start boiling again when the series is renewed with another playoff battle in Baltimore.

“You cannot flinch, you cannot blink,” George said. “The moment you shutter an ounce of doubt, that’s when you lose.”