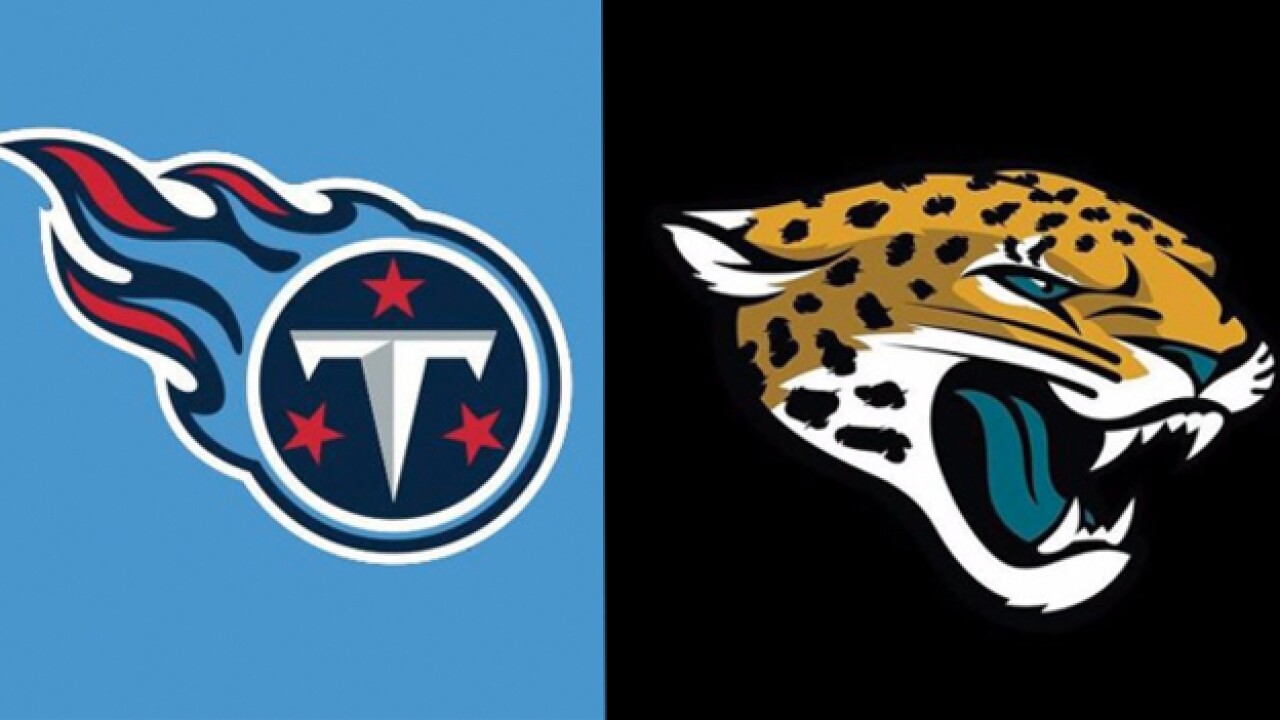 The Tennessee Titans circled the wagons by beating the Houston Texans last week despite missing several key starters due to injury.

This week, perhaps an even tough task as the Two-Toned Blue travel to North Florida to take on the 2-0 Jacksonville Jaguars. Last week, the Jags beat up on Tom Brady and the Patriots 31-20 in game that really wasn't as close as the final score indicated. Now, it's "Titans Week."

Straight up, these two teams don't like each other. Last season, the Jags won the AFC South Division, but the Titans beat them twice, making for what should be a tough, physical battle this Sunday.  "It's going to be a divisional championship-type game," said Titans Pro Bowl Defensive Tackle Jurrell Casey. "Both sides better bring it."

"We're definitely good enough to beat this team," said Titans wide receiver Corey Davis. "We just have to go out there and prove it."

The Jaguars boast one or NFL's best defenses, they are mean, nasty, (sometimes a little dirty) and they're led by All-Pro Cornerback Jalen Ramsey.  The former Florida State star and Nashville native has talked a lot of smack since entering the league two years ago, and more often than not, he's backed it up.  "He can talk as much as he wants," said Titans Cornerback Adoree' Jackson. "(Everyone in the NFL) talks trash, but he takes it to another level, that's just a part of who he is."

On the injury front, Titans quarterback Marcus Mariota continues to work his way back from an elbow injury suffered in the Week 1 loss at Miami, and Pro Bowl Offensive Tackle Taylor Lewan hopes to be cleared from concussion protocol in time for Sunday's game.

Don't forget you can watch the Titans/Jaguars game Sunday at noon on Newschannel-5, and we'll have compete gameday coverage right after the late news on The Electric Power Companies Sunday Sports Central.