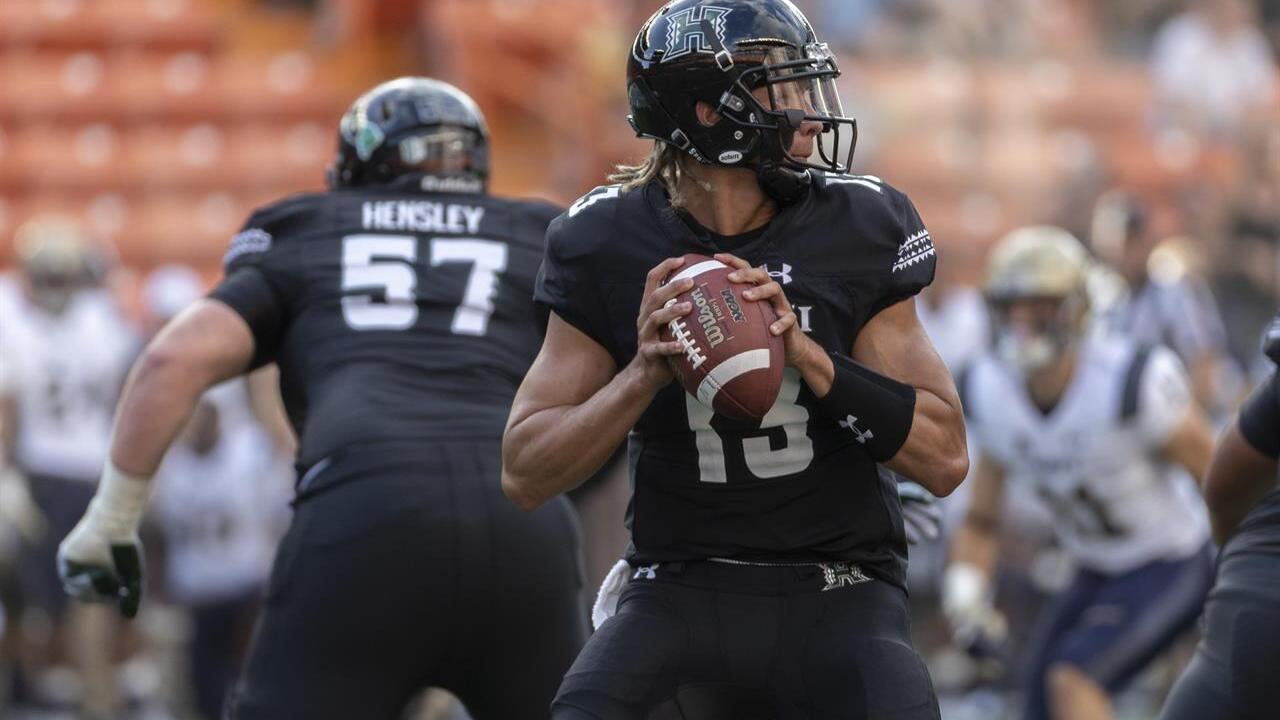 NASHVILLE, Tenn. (WTVF) — You could safely say Titans rookie quarterback Cole McDonald is a bit of a free spirit. McDonald grew up in California and played his college ball in Hawaii, and up until recently, he was known for his trademark blonde dreadlocks. But Cole decided to cut his hair right before getting picked by the Titans in the seventh round of the 2020 NFL Draft in an effort to show NFL scouts he was a serious, polished professional.

"I just figured opportunity does not grow back, (but) hair does." he recently joked.

McDonald put up impressive numbers as a member of the Rainbow Warriors. In his junior season, McDonald ranked third in the FBS with 4,135 yards passing and eighth in touchdown passes with 33 while leading Nick Rolovich's "run n' shoot" offense.

"It was super fun, man," he said. "Just to be a part of an offense where you can just let it swing (was great). We were a pass-first offense, it was just super fun to be part of."

The 6'3", 215-pound McDonald will now compete with Logan Woodside to be the Titans backup quarterback behind starter Ryan Tannehill, and he's looking forward to getting to Nashville and diving deep into Offensive Coordinator Arthur Smith's playbook.

"I'm just here to learn," he said. "I want to pick Ryan and Logan's brain, and just be the best quarterback I can be and be an asset to the team." "It was just a blessing to be picked (by the Titans) and have this opportunity."

You can listen to Cole McDonald's complete interview with me and Greg Pogue on WNSR Sports Radio here.