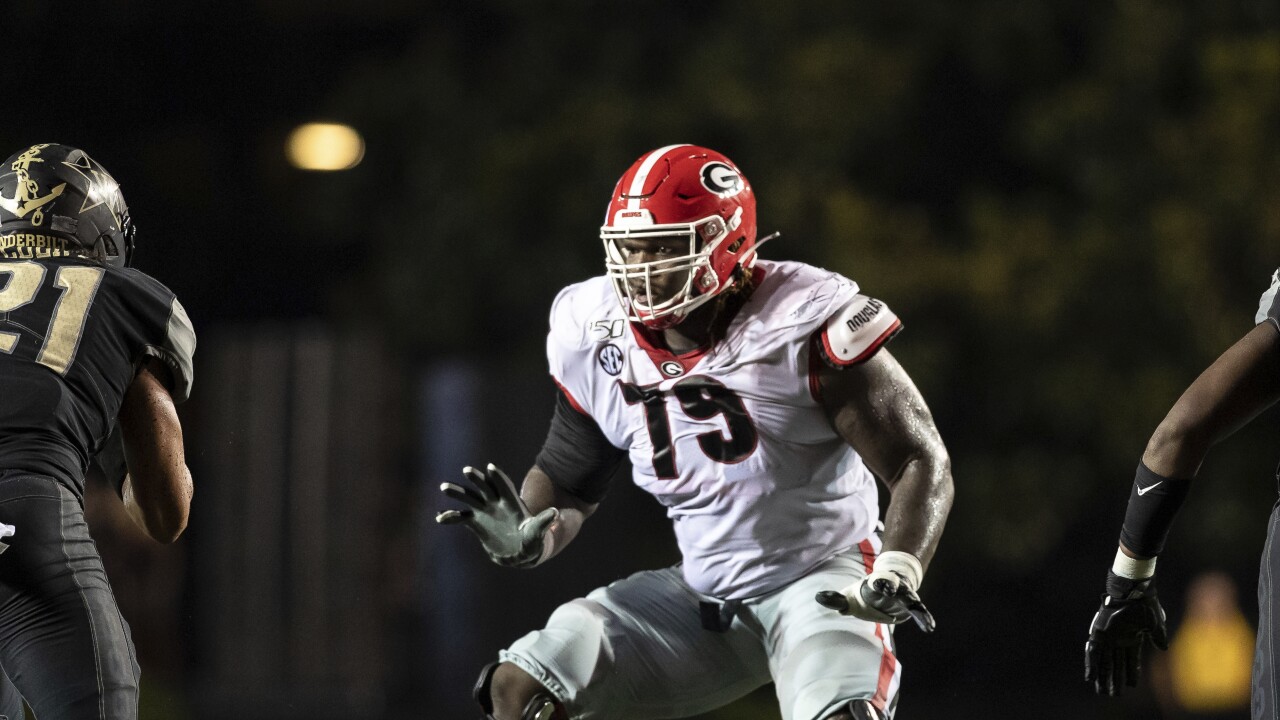 Wilson (6'6" 350 pounds) is known for his physicality.. After red-shirting his freshman seson, Wilson came out strong the next season, starting all 14 games for the Bulldogs at right tackle and earning Freshman All-American and SEC All-Freshman accolades. Many scouts didn't have a first round grade on Wilson mainly because he has only two seasons of college football experience, but he'll likely learn behind starting right tackle Dennis Kelly for now until he's deemed ready.

The Titans have a total of six more picks in this year's draft. Rounds two and three will be held on Friday.