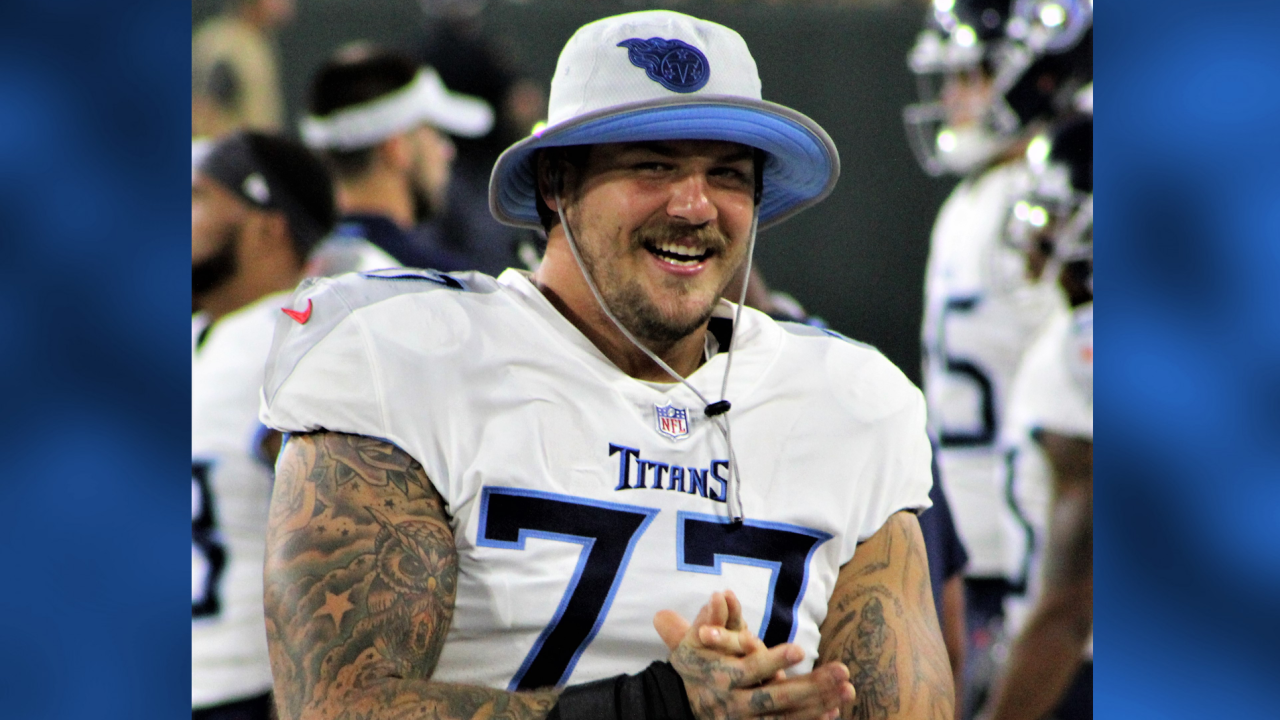 NASHVILLE, Tenn. (WTVF) — Three days after their impressive win over the Falcons in Atlanta, the Tennessee Titans welcomed back Taylor Lewan to practice on Wednesday.

The Pro Bowl left tackle missed the first four games of the season after serving a suspension for using performance enhancing drugs. "It's great to back," Lewan said. "It was tough sitting out and just watching."

Lewan's teammates were certainly happy to see him return as well. "He's excited to be back," said Titans quarterback Marcus Mariota. "Anytime you get a Pro Bowl player back, it helps."

Titans Head Coach Mike Vrabel did his best Bill Belichick impression when asked what Lewan's return means for his team. "It means we get back a left tackle who we pay a lot of money to to block [the other team's] guy," he deadpanned.

Lewan signed a contract extension last summer making him the highest paid player in the NFL at his position.

The Titans will look to make it two straight wins this Sunday when they host the Buffalo Bills at Nissan Stadium. The Bills could be without their starting quarterback as Josh Allen remains in concussion protocol.