Vandy Boys Ready To Celebrate If They Can Win Title 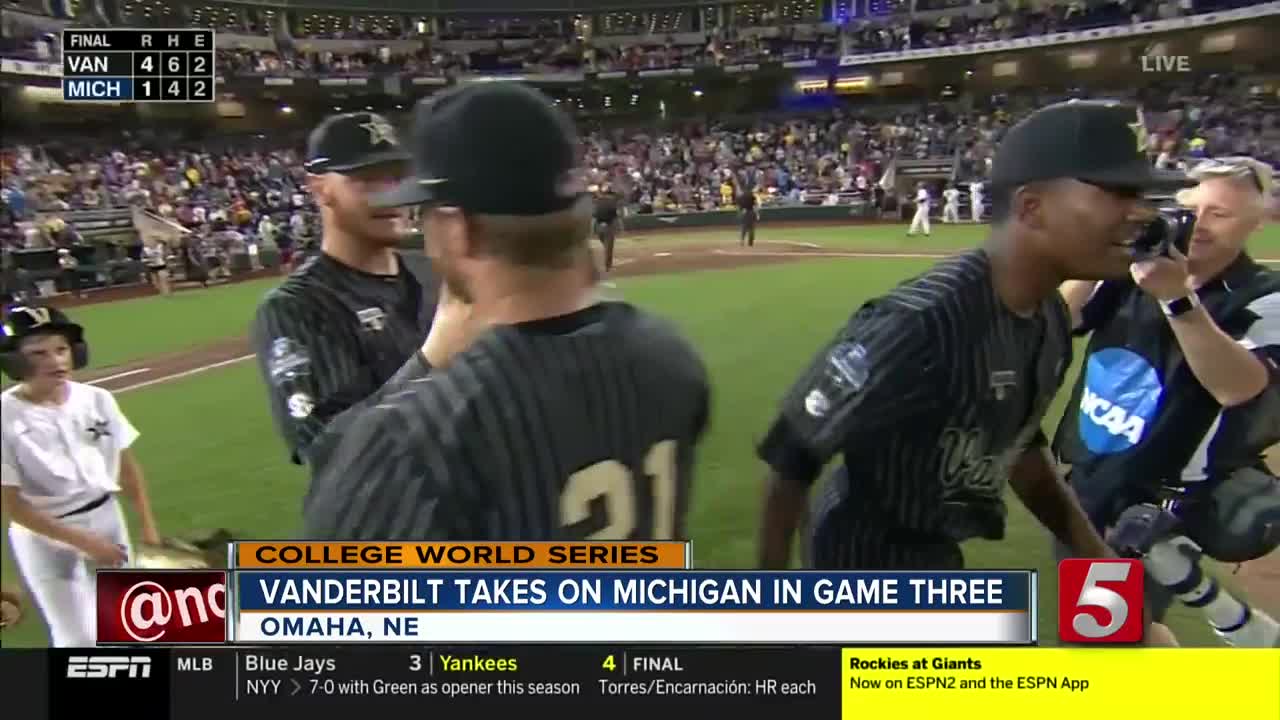 With a school and SEC record 58 wins this season, Vanderbilt has had plenty of opportunity to celebrate. But there have been no dogpiles so far, just a few handshakes and high fives. 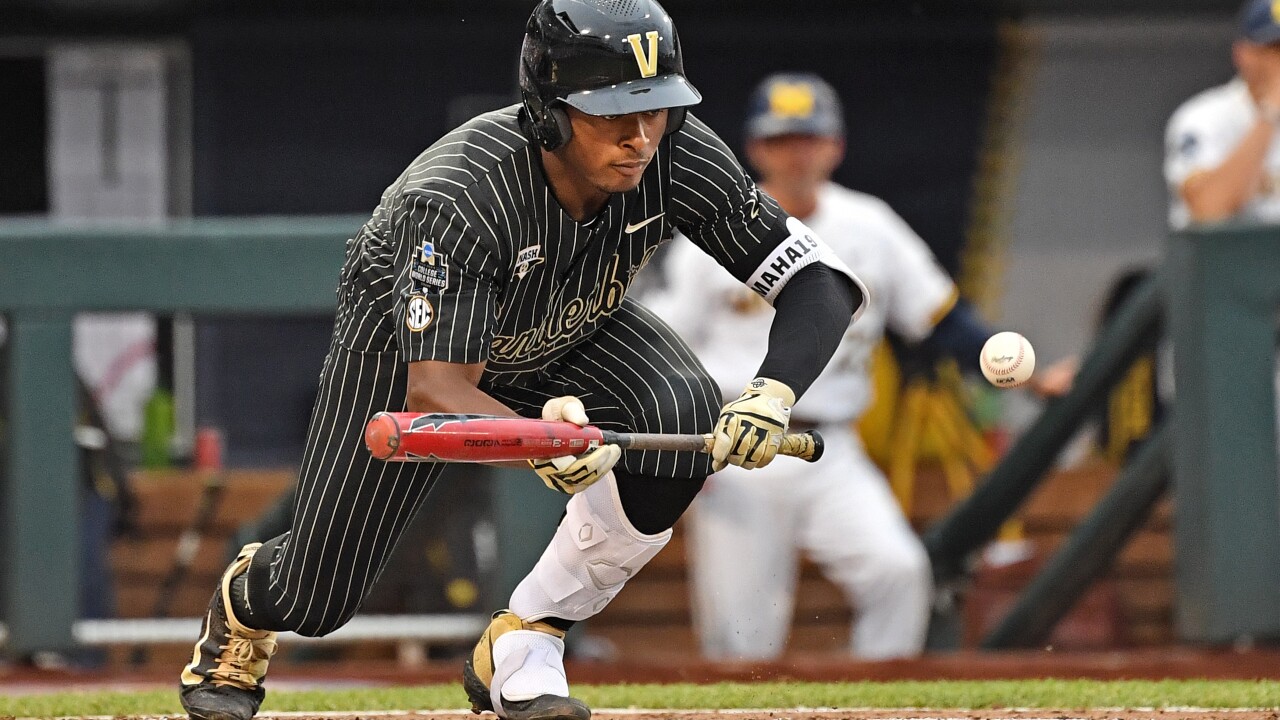 OMAHA, Neb. (WTVF) — With a school and SEC record 58 wins this season, Vanderbilt has had plenty of opportunity to celebrate. But there have been no dogpiles so far, just a few handshakes and high fives.

As the preseason no. 1 team in the country, the Vandy Boys have been playing all season to win the national championship. It’s an opportunity they have tonight in game three of the College World Series finals.

“Maybe there will be a dogpile,” Vanderbilt closer Tyler Brown said with a slight chuckle after the Commodores 4-1 win over Michigan in game two Tuesday night. “If we can win again.”

The celebrations were muted when Vandy won the SEC regular season and tournament titles. Same thing when the Commodores won their regional and super regional. But this is the moment they’ve waited for all year.

Catcher Philip Clarke adding, “I just know we can’t get ahead of ourselves. Michigan is a great team and we’re going to have to play a good game.”

It would be a historic title for either side. Vanderbilt would become just the second school to win the SEC regular season, tournament and national championships in the same year, giving it a claim as one of the best teams in college baseball history.

Michigan would become the first Big Ten or upper Midwest school to win the title since Ohio State in 1966. The Wolverines last won the championship in 1962.

“I think our whole team always has confidence no matter what happens, and we've been resilient all year,” Michigan shortstop Jack Blomgren said. “It’s going to be about how bad -- which team wants it how bad.”

And both teams are ready to go on the mound. Michigan ace Karl Kauffmann will be looking for his third win in the College World Series.

Meanwhile Vanderbilt gives the ball to Mason Hickman, the guy who has emerged as the team’s no. 3 starter in the postseason and a bit of a good luck charm. The Commodores have won the last 16 games in which he’s pitched.

So now it’s go time. There’s nothing left to be said. Just a baseball game to be won.

And, for one team, history.

“Once they get on that bus, that's theirs and it's theirs to enjoy. I never want to get in their way,” Vanderbilt coach Tim Corbin said. “I'm just very happy that these guys get the opportunity to do it because it's so difficult to get out here, and yet so difficult to be playing (in this game).”