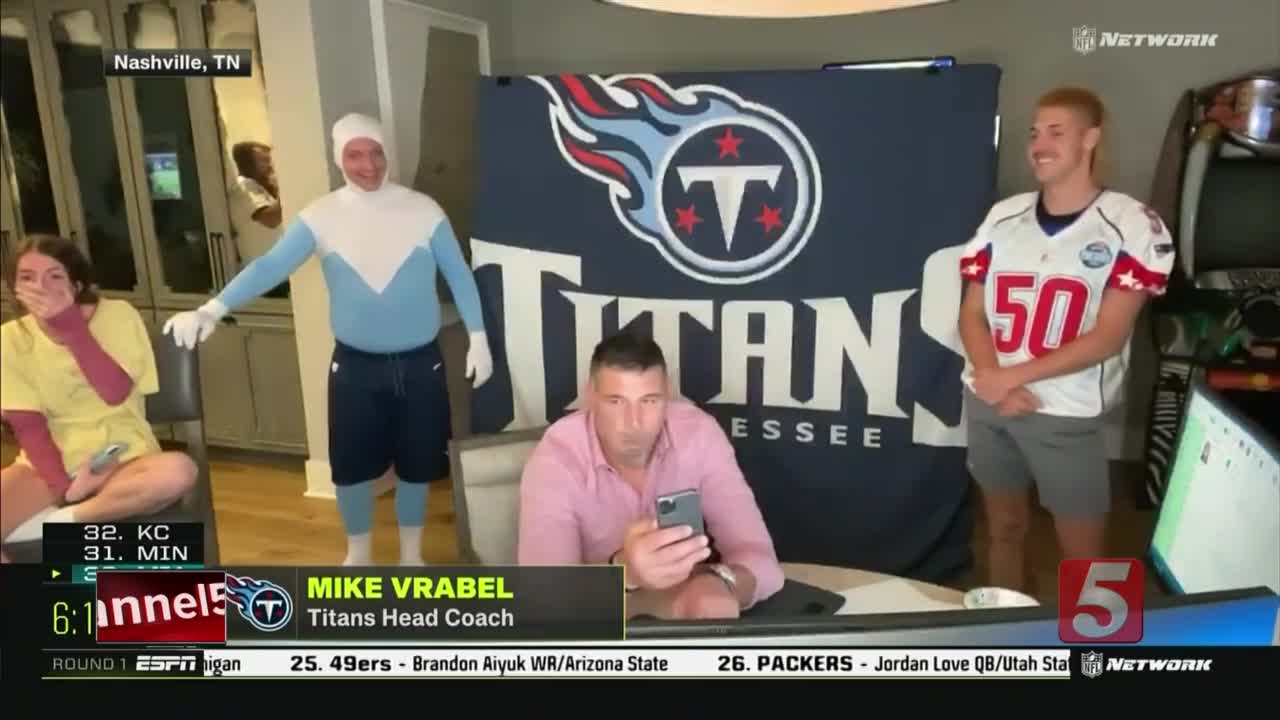 The first round of the NFL Draft Thursday night drew the highest television audience in the event’s history.

NASHVILLE, Tenn. (WTVF) — The first round of the NFL Draft Thursday night drew the highest television audience in the event’s history.

It served as a welcome distraction for many Americans stuck at home. Stay-at-home orders are forcing the Draft to be done virtually for the first time ever with league general managers and coaches working from home.

“I thought the communication was excellent from the league,” Titans General Manager Jon Robinson said. “We were able to hear the picks by speakerphone. The website worked out well. As far as from a communication piece, the connection with the scouts and Coach [Mike] Vrabel was really good, and Amy [Adams Strunk].”

Robinson says even external communication worked like previous years. He fielded text messages and phone calls from other G.M.’s looking to discuss picks and possible trades.

But there was one major difference about working from home for the Draft.

“My girls got to pop in at the draft room, and they raved about how cool it was to see the experience, and to see how dad kind of does his thing on draft night,” Robinson said.

But it was Titans coach Mike Vrabel’s house that made the most of the team’s 10 minutes on the clock.

His son Carter donned one of dad’s old Pro Bowl jerseys, while Jackson, a friend of Carter’s who has lived with the Vrabel’s for over a year, dressed as Frozone from The Incredibles to steal the show.

“It’s been a long quarantine over here, man,“ Vrabel said. “We’ve got a bunch of 19 and 18-year-old kids and, you know, they’re stir crazy. And, again, they saw all the other kids as the draft wore on and they said, ‘Well, we’ll give our own little spin to it.’"

Even Vrabel’s oldest son Tyler, an offensive lineman at Boston College couldn’t escape getting caught up in the scene.

“I know that there are pictures going around and Tyler was not using the restroom,” Vrabel said. “Tyler was sitting on a barstool next to his mom and as fate would have it, it came across as probably something other than that.”

Despite all the commotion, the changes to the Draft did not seem to hurt the function of the event. The Titans feel like they were able to get one of the prospects they targeted in big Georgia offensive tackle Isaiah Wilson with the 29th overall pick.

All in all, it appears most reviews are positive after one day of the NFL’s first ever virtual Draft.

Robinson said, “I think it was a different way of doing it, but I think at the end of the day the process worked well.”