In a virtual running of the 79th annual Iroquois Steeplechase, 1987 champion Flatterer edged three-time champion Uncle Edwin by a neck in a photo finish Saturday at virtual Edwin Warner Park. 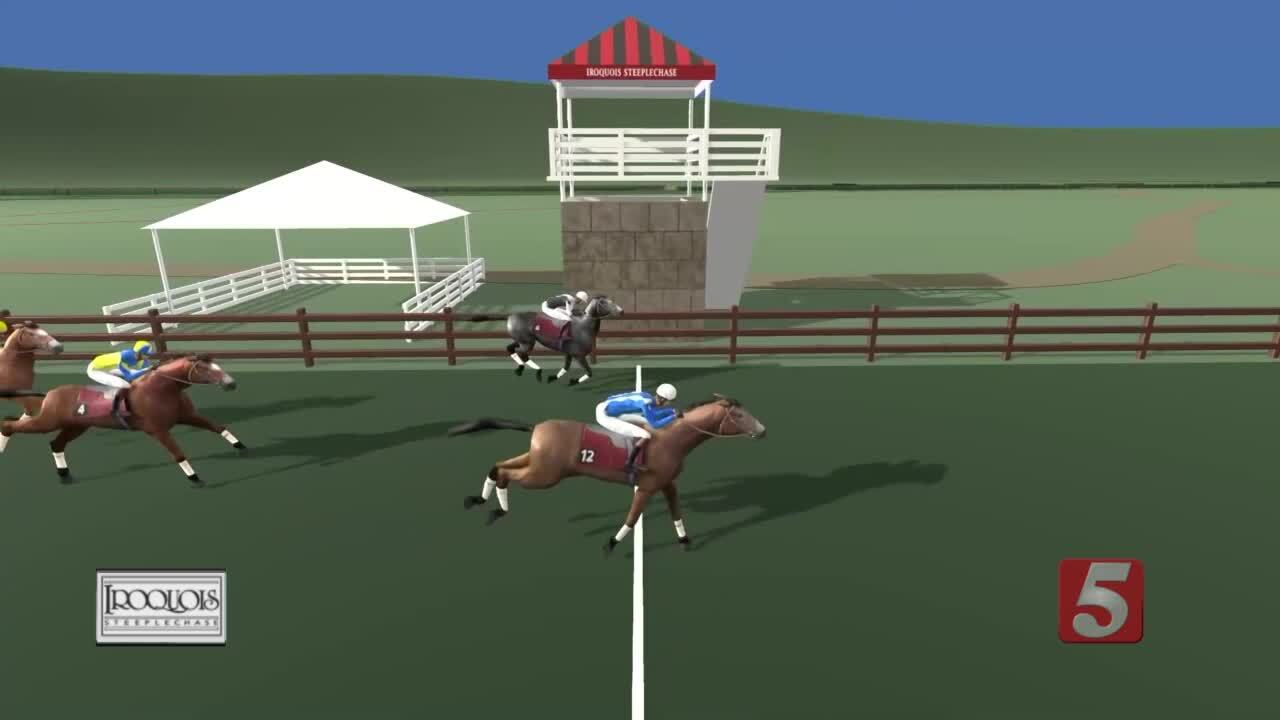 The race, which featured 13 of the Iroquois’ all-time great champions, was run on the date that was originally set as the make-up date for the race that is traditionally run the second weekend of May. Unfortunately, the spread of the Coronavirus forced the complete cancelation of this year’s event.

Flatterer exploded down the stretch, coming from about four lengths back, after starting the race in the middle of the pack, to win it at the wire. The win just adds to the horse’s legendary career that includes a record four American Champion Steeplechase Horse awards.

You can watch the complete virtual race in the media player above. The race ran as part of NewsChannel 5’s special program dedicated to the Steeplechase and its efforts to continue to raise money for Monroe Carrell Jr. Children’s Hospital.