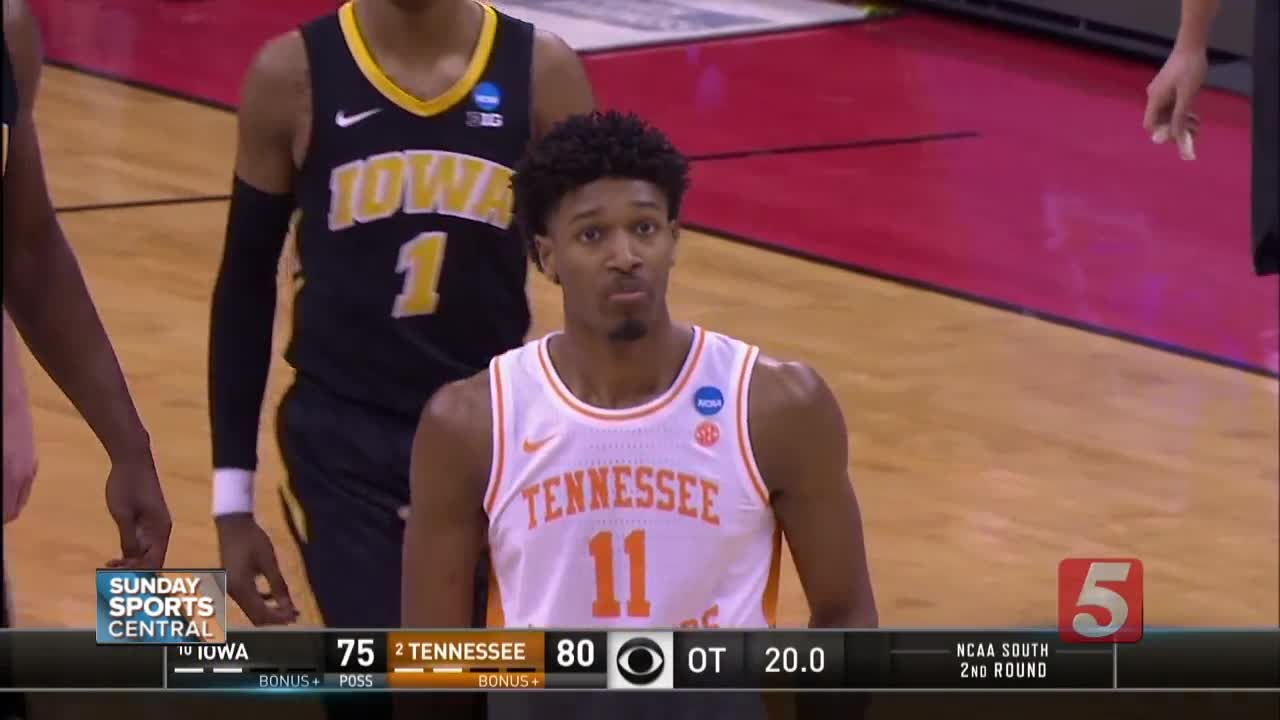 They play for all of Vol Nation. But as Tennessee gets set to meet no. 3 seed Purdue in the South Region semifinal in Louisville, it takes inspiration from someone who won’t be with them at the KFC Yum! Center. 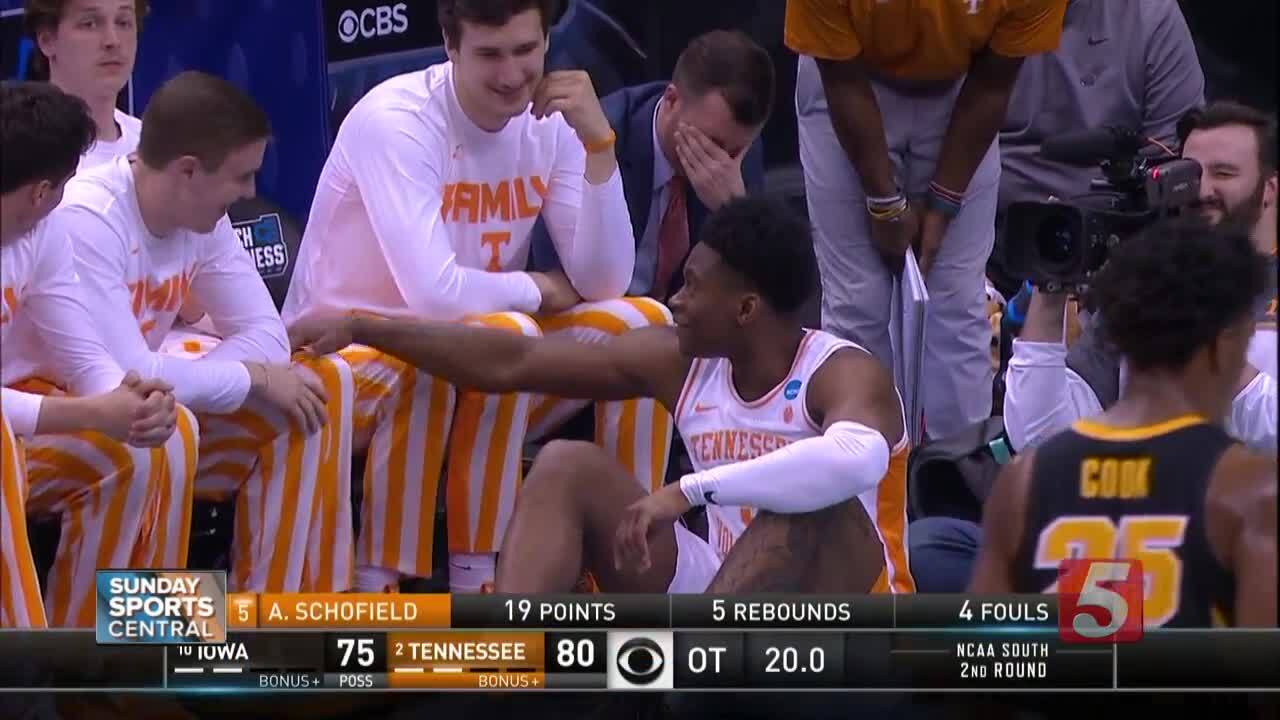 NASHVILLE, Tenn. (WTVF) — They play for all of Vol Nation. But as Tennessee gets set to meet no. 3 seed Purdue in the South Region semifinal in Louisville, it takes inspiration from someone who won’t be with them at the KFC Yum! Center.

A couple hours down interstate 65 in Nashville Tony White sits in a hospital bed, wearing a gray shirt with the orange “power T” across his chest.

“There’s a lot of things bigger than basketball,” Tennessee forward Admiral Schofield said. “When you have an opportunity to compete in this game and play at the level we’re playing at, you just want to take advantage of everyday.”

White is one of them. A Vol For Life - star of the Tennessee basketball team in the mid 80’s. Now he’s fighting for his life as he battles leukemia.

“When all this happened and everything it was overwhelming,” White said recently. “I just gave it to the man above and just prayed.”

White received a bone marrow transplant just two weeks ago. The donor was his older brother - a perfect match - giving him a better than 70 percent chance of a clean bill of health.

“He’s a guy who’s given us a lot of faith and a lot of inspiration,” two-time SEC Player of the Year Grant Williams said. “Everything that’s been given to you can be taken away. And every time the Lord has a plan for us. For him, he’s a fighter.”

The 54 year old White’s the third-leading scorer in Tennessee basketball history, and
still holds the single-game scoring record of 51 points.

It’s a mark that was challenged in January when Grant Williams - who like White hails from Charlotte - scored 43 in an overtime win at Vanderbilt.

Williams and the rest of the Vols delivered White the gameball from that performance prior to the SEC Tournament earlier this month.

“It was great to see him,” Williams said. “It was great to just speak with him and see him in person and let him know that we’re here for him and that this team really cares.”

For White it was a visit with his Tennessee family that day. A tight-knit group he believes sets this Vols team apart.

“You see the guys, because we really don’t have a top five-star player,” White said. “All the guys come together and play well, together. That’s what it’s all about.”

It’s mutual inspiration. A will to win on the court and in the battle of White’s life.

“For us it’s just winning,” Schofield said. “Winning really motivates him and strengthens him to fight the battle he’s fighting. He’s fighting (and) we’re fighting, and that’s very heartwarming and it’s humbling for us.”