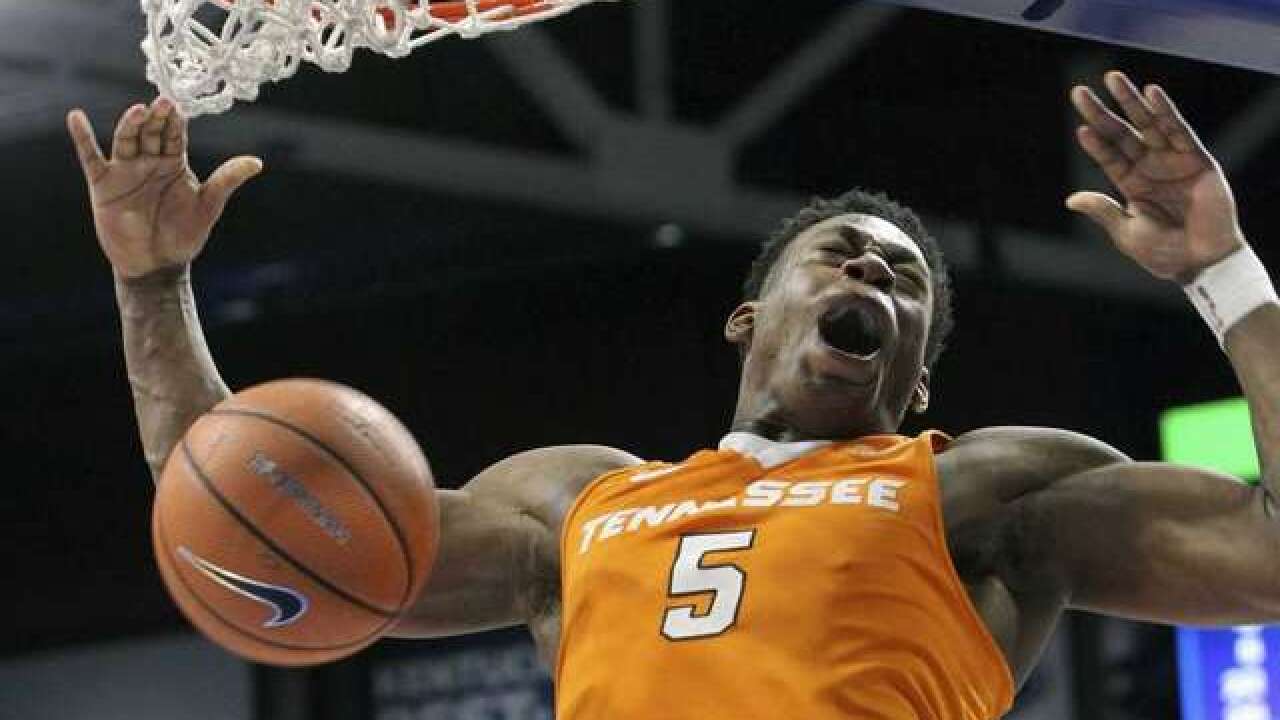 A monster Tuesday night of basketball in the SEC saw Tennessee move into a first place tie atop the league standings following its 76-54 win at Mississippi State and Auburn's loss at Arkansas.

Admiral Schofield led the way with 24 points and seven rebounds as Vols pulled away, outscoring the Bulldogs 36-20 in the second half. It was just Mississippi State's second home loss of the season.

Lamonte Turner chipped in 12 off the bench as Tennessee shot 56 percent from the field to improve to 12-5 in the SEC.

The win got even bigger a couple hours later as the Arkansas took down 14th-ranked Auburn in Fayetteville. Daniel Gafford scored 21 points and grabbed 10 rebounds and Jaylen Barford added a double-double of 20 points and 10 boards as the Hogs continue to be a tough out at Bud Walton Arena.

The loss was Auburn's second straight and third in its last four games after starting 11-1 in league play. The Tigers finish at home against South Carolina on Saturday and will clinch at least a share of the SEC championship and the top seed in the conference tournament with a win.

But now, for the first time since losing to Auburn to start league play in early January, Tennessee controls its own title destiny. The Vols close the regular season Saturday by welcoming Georgia to Rocky Top. Win that game and they clinch at least a share of their first regular season conference title since 2008.

This also opens up the door for Tennessee team that's surging, winners of 10 of 12, to move in front of Auburn in the minds of the NCAA Selection Committee. Not just would that mean a more favorable seed, but potentially a very friendly road to travel in the NCAA Tournament with high seeds getting geographical preference in the bracket and a first and second round site in Nashville and the South Regional located in Atlanta.

Rick Barnes has done a masterful job of guiding this young Tennessee team throughout the season, and that was certainly on display Tuesday in a mammoth road win. Now the calendar flips to March and this team has a chance to do something Tennessee basketball hasn't done in a long time, win a SEC title.

The Vols needed a little help Tuesday and they got it, but now they control their own destiny. And the way they're playing, they have to feel pretty good about that.