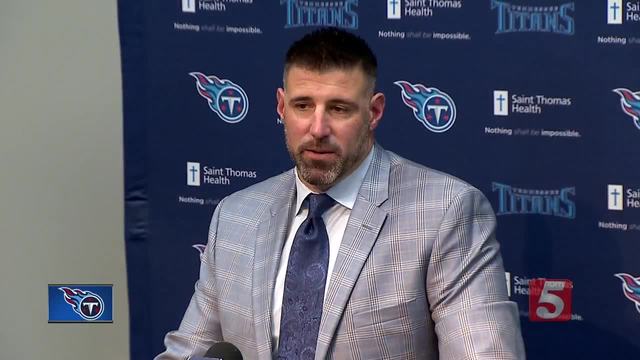 It did not take long for the Tennessee Titans to find their next head coach. Less than a week after parting ways with Mike Mularkey the team introduced Mike Vrabel at a press conference Monday afternoon at St. Thomas Sports Park. 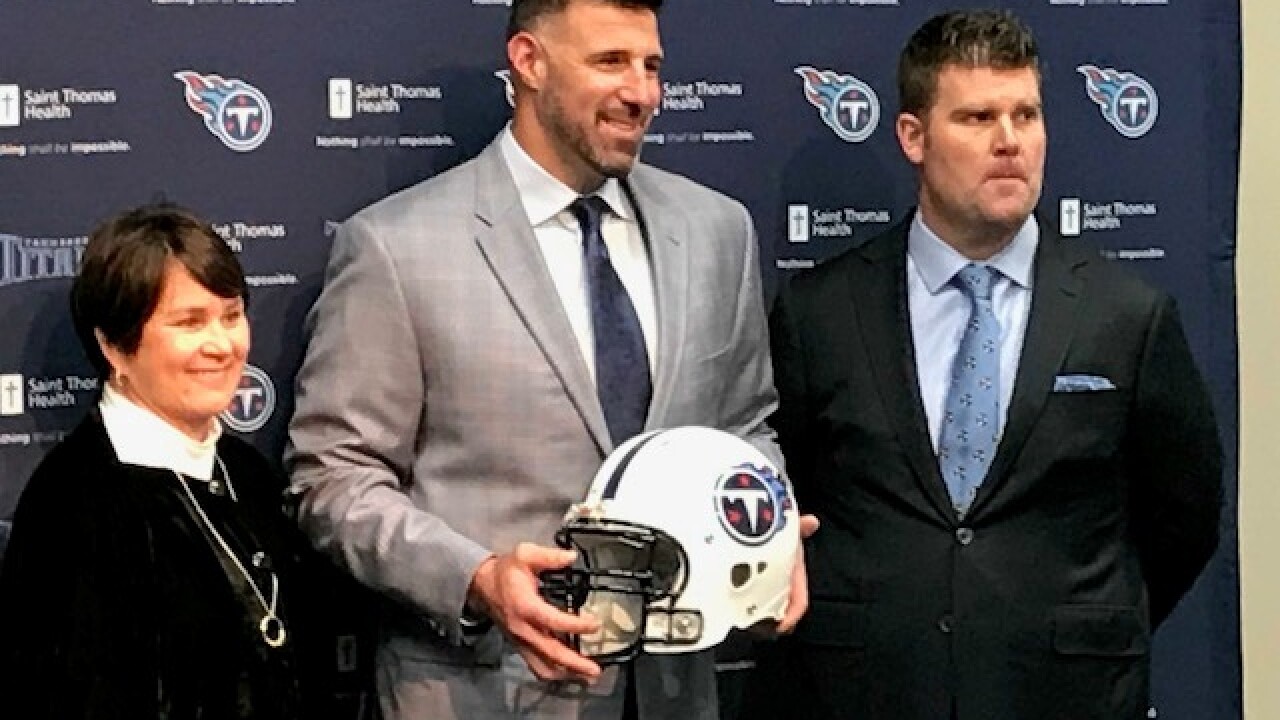 It did not take long for the Tennessee Titans to find their next head coach. Less than a week after parting ways with Mike Mularkey the team introduced Mike Vrabel at a press conference Monday afternoon at St. Thomas Sports Park.

It's the first head coaching job for Vrabel, 42, who spent the past four seasons on the Texans' coaching staff, including as the defensive coordinator last year. Vrabel may be better positioned than most to succeed as a first time head coach given the fact that he won three Super Bowls as a player and has played for and coached under some of the most well respected coaches in both college and the NFL.

Vrabel played for Bill Cowher with the Steelers and Bill Belichick with the Patriots. He also served as an assistant coach on Urban Meyer's staff at his alma mater Ohio State and for Bill O'Brien in Houston. Vrabel joked he's gotten a doctorate in coaching from his experiences with all those men.

The energetic Vrabel also will benefit from the fact that he takes over a Titans team that is coming off the franchise's first playoff appearance in nine years. The cupboard is not bare in Tennessee like it is in many other places that are generally looking for a new head coach.

"It's an amazing opportunity," Vrabel said. "But (just making the playoffs) is not our goal. It starts with winning the division so you can host football games in late January. We saw it yesterday with two teams at home that are now going to the Super Bowl."

Vrabel says he is excited to work with Titans quarterback Marcus Mariota, who he says "scared me to death" when he was scheming to try to stop the Tennessee offense in Houston. He plans to mold the offense around Mariota, but also made it clear that there are other ways to win in the NFL and he doesn't plan to essentially put all his eggs in the quarterback basket.

He gave no timetable for his plans on filling out his coaching staff, but says he plans to hire coaches that are good teachers and developers of talent, and the right fit for the culture he and general manager Jon Robinson want the Titans to have. Vrabel did make it clear that, ultimately, every decision, whether it be offensive or defensive philosophy or in-game decisions will be his.

One coach that is not expected to return is Hall of Fame defensive coordinator Dick LeBeau. The 80-year-old LeBeau has one year remaining on his current contract, but is not expected to stay on the new staff, according to multiple reports, and may be planning on retiring following a 59-year career as a player or coach in the NFL.