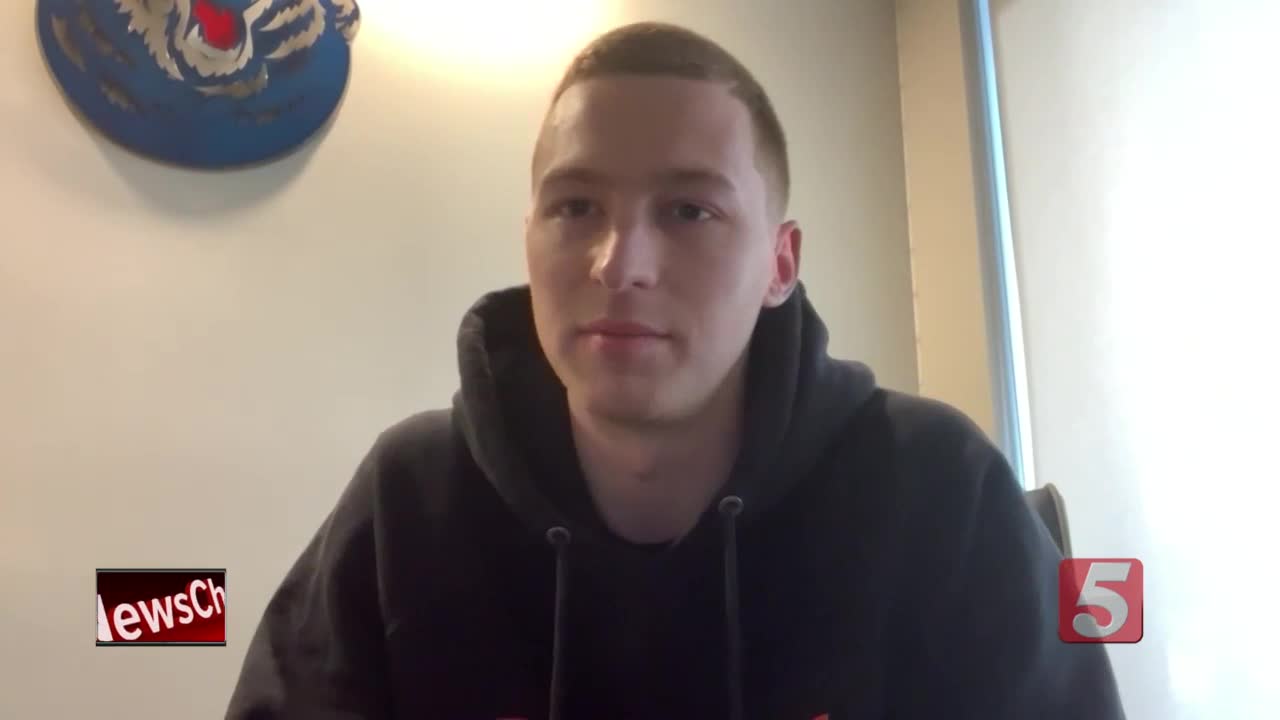 This has been the toughest year of Dylan Windler’s life. The first round pick has yet to play a game in the NBA.

NASHVILLE, Tenn. (WTVF) — This has been the toughest year of Dylan Windler’s life. The first round pick has yet to play a game in the NBA.

After being taken 26th overall by the Cavaliers in last June’s NBA Draft, the former Belmont star played through pain at the Vegas Summer League. He then had to shut things down in training camp due to a stress fracture in his leg.

“Kind of right after the college season ended I really didn’t get to stop or take any time off,” Windler said. “And it kind of just grew on me more and more and continued to get worse and worse.”

After a minor setback in December, Windler had season-ending surgery in January. It was a tough blow for the forward who played in every game of his Belmont career.

Now three months later, Windler is getting close to getting back on the court.

“I’m probably 70 or 80 percent of the way there,” Windler said. “It’s been a little over three months right now and I think the doc’s saying maybe a month or a month and a half before I’m able to play live basketball again.”

Despite the NBA’s shutdown, Windler’s been able to do his rehab at the Cavs’ facility in Cleveland. On Friday he was re-joined by teammates after the NBA allowed teams to re-open their facilities for the first time in two months.

Players are now able to go through individual workouts under strict health guidelines. The league hopes to begin group or full team practices later this month.
“It’ll be good to be able to see all my teammates, get back in the gym and be able to socialize with them a little bit,” Windler said. “But it’s also going to kind of suck because we all have to wear masks in and out now, where as before it was pretty much just me and the trainer.”

Windler says it’s still unlikely he’ll be able to play if and when this season resumes, even if it stretches through the summer. But he believes his year of watching from the sidelines has made him more ready for the NBA game whenever he gets back on the court.

“I got to still travel with the team this year and see games,” Windler said. “Just being able to watch that film and talk with the coaches and kind of get a better feel for our offense and how they want to run things. I think it will give me a bit of a jumpstart going into next year.”