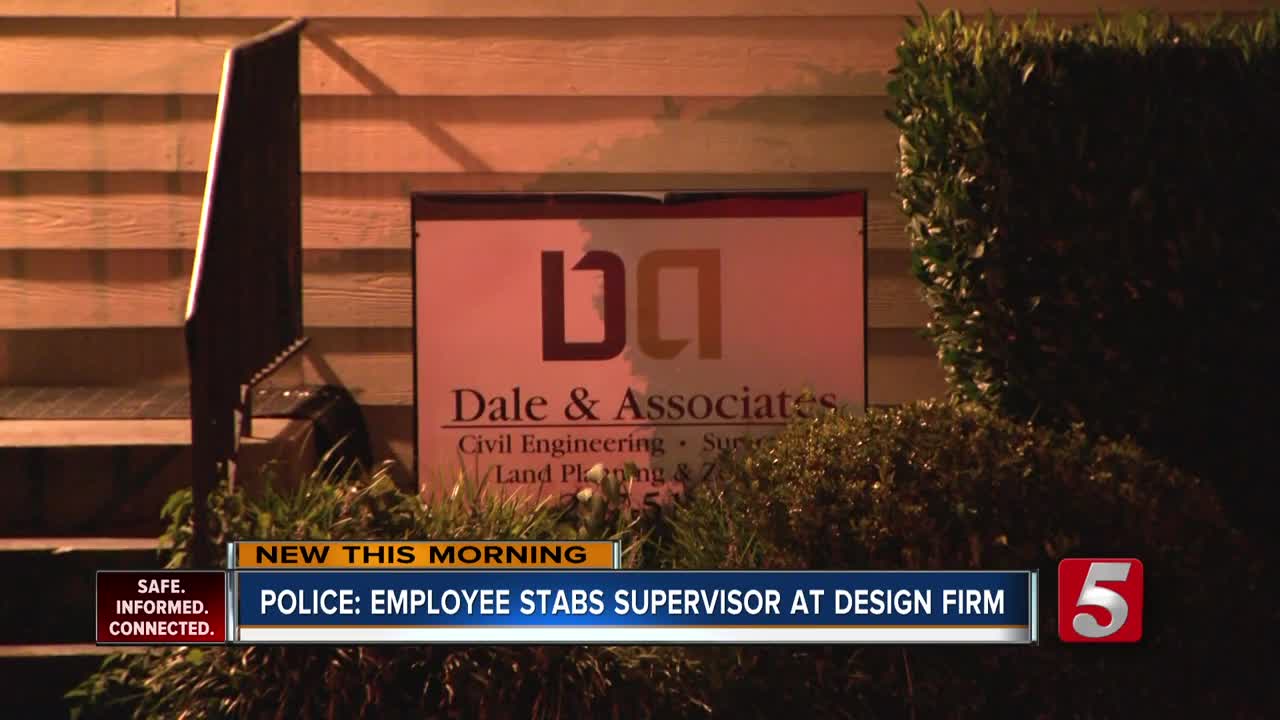 BERRY HILL, Tenn. — A man is charged with attacking his supervisor at a design firm in Berry Hill.

Around 1:45 p.m. on Friday, John Herren, 40, showed up to Dale & Associates with two steak knives, according to police. Next, he went into his supervisor’s office, stepped behind his desk, thrust his head back and sliced his throat. The victim was able to run away from Herren after the attack.

First responders rushed to the business to help the victim. They said the victim's cut was very close to a main artery and could have been a lot worse.

According to the Dale & Associates website, the victim is a principal engineer. The firm specializes in engineering, planning and surveying.

On Friday, Berry Hill Police recovered one of the knives at the office. Witnesses told police Herren ran out of the office with the second knife.

Shortly after the attack, Herren was arrested by the Ashland City Police Department.