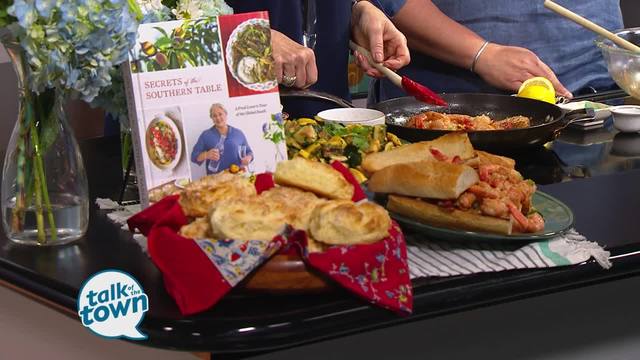 SPICY ASIAN CAJUN BBQ SHRIMP WITH GRILLED BAGUETTE is excerpted from SECRETS OF THE SOUTHERN TABLE © 2018 by Virginia Willis. Reproduced by permission of Houghton Mifflin Harcourt. All rights reserved.

Barbecue shrimp in New Orleans has nothing to do with a grill, a pit, or even barbecue sauce. Barbecue shrimp in New Orleans is a dish of butter-poached shrimp flavored with dried spices and herbs. It’s what happened to shrimp scampi as it traversed the Atlantic and crossed the levies of the mighty Mississippi. In the nineteenth century, trade routes opened between Sicily and New Orleans and thousands of Italians migrated to New Orleans. By 1870, New Orleans claimed the largest Italian-born population in the United States—even greater than the New York City area! A more recent immigration trend in the region has been the Vietnamese, leading to the introduction of new flavors into this Southern dish.

½ jalapeño, or to taste, seeded and chopped

1 tablespoon hot sauce, or to taste

This is a handy blend of herbs and spices that can easily be doubled or tripled. It’s great for turkey and chicken cutlets or to give some kick to pot roast, as I’ve done here. This will keep in an airtight resealable container for about 6 months.

2 tablespoons cayenne pepper, or to taste

Combine all the ingredients in a small airtight container or mason jar. Shake to combine.

Store in a cool, dry place for up to 3 months.

My friend and colleague Dr. Marcie Cohen Ferris is a professor in the Department of American Studies at the University of North Carolina. Her research and teaching interests include Southern history and culture—particularly the foodways and material culture of the American South and the history of the Jewish South. In her excellent book The Edible South she writes, “In contemporary worlds of popular and consumer culture, Southern food has become untethered from the complex historical narrative responsible for this cuisine. Think of buckets of Southern fried chicken and cathead biscuits like culinary spacecraft set adrift from the mother ship of southern history, culture, and experience.” I wholeheartedly agree. Many people outside the South think all Southern food is unhealthy and/or fried.

The term cathead biscuit is an authentic one, indicating that it’s a biscuit as large as a cat’s head, and a phrase my grandfather once used. This extra-large biscuit would not have been the norm on the everyday table, but it has become the standard size for fast-food biscuits. Ferris continues, “Fried chicken, biscuits, and sweet tea—the icons of Southern food—have become so ‘super-sized,’ enriched, sweetened, and filled with butter that they are almost unrecognizable to native Southerners.” This cathead biscuit is the real deal.

There are a few secrets to a tender biscuit: First, flours vary in their protein levels. Reach for a low-protein flour for light-as-air biscuits. After that, you want cold butter—when the cold butter is transferred to the hot oven it melts and produces steam, which helps produce flaky biscuits. Lastly, avoid overworking the dough, which activates the gluten and will produce a tough, heavy biscuit. The perfect biscuit should be golden brown and slightly crisp on the outside, with a light, airy interior.

4 cups White Lily or other Southern all-purpose flour, or cake flour (not self-rising), plus more for rolling out

Wheat flour contains two proteins, glutenin and gliadin. Gluten is a strong and elastic sheet produced by these proteins by the combination of moisture and motion. When you combine flour with liquid, the proteins  produce gluten. Gluten gives structure and chewiness to yeast breads, but you don’t want to develop gluten in tender biscuits.

Cathead Biscuits is excerpted from SECRETS OF THE SOUTHERN TABLE © 2018 by Virginia Willis. Reproduced by permission of Houghton Mifflin Harcourt. All rights reserved. 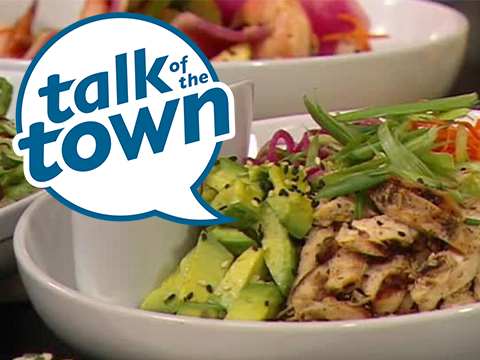