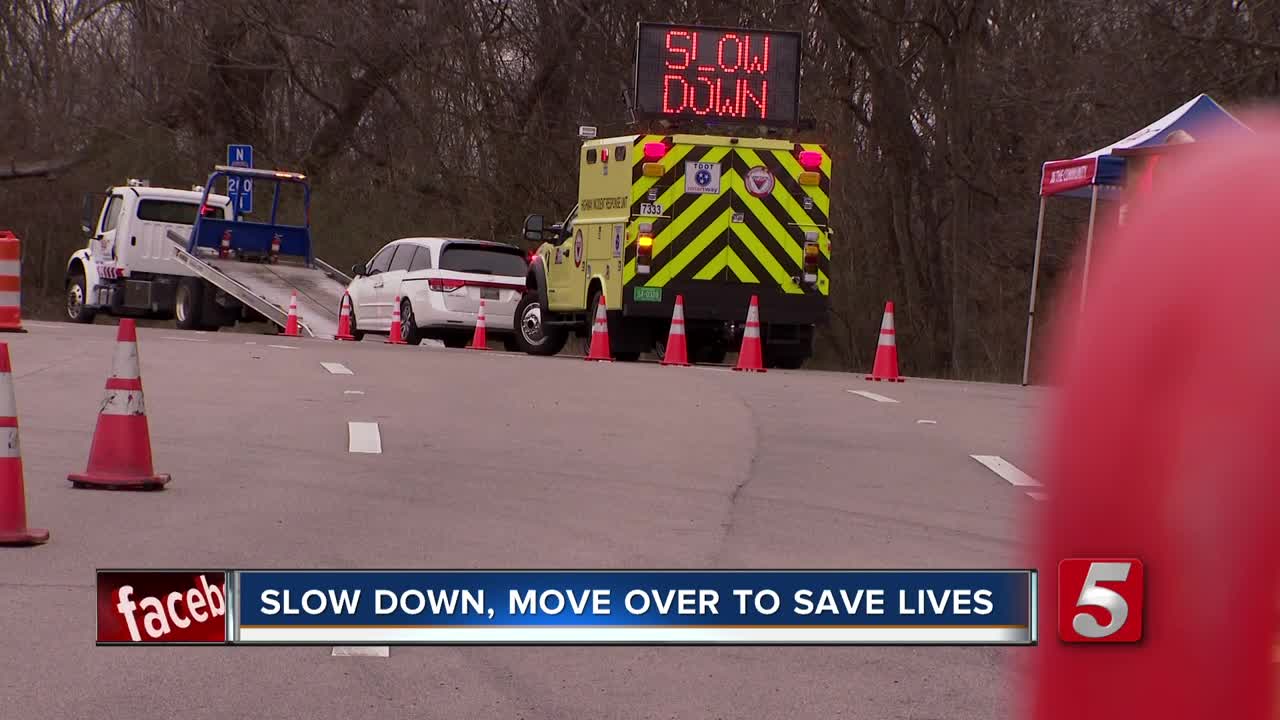 State law says if their flashers are on, you must move over or slow down. But many drivers aren't listening. 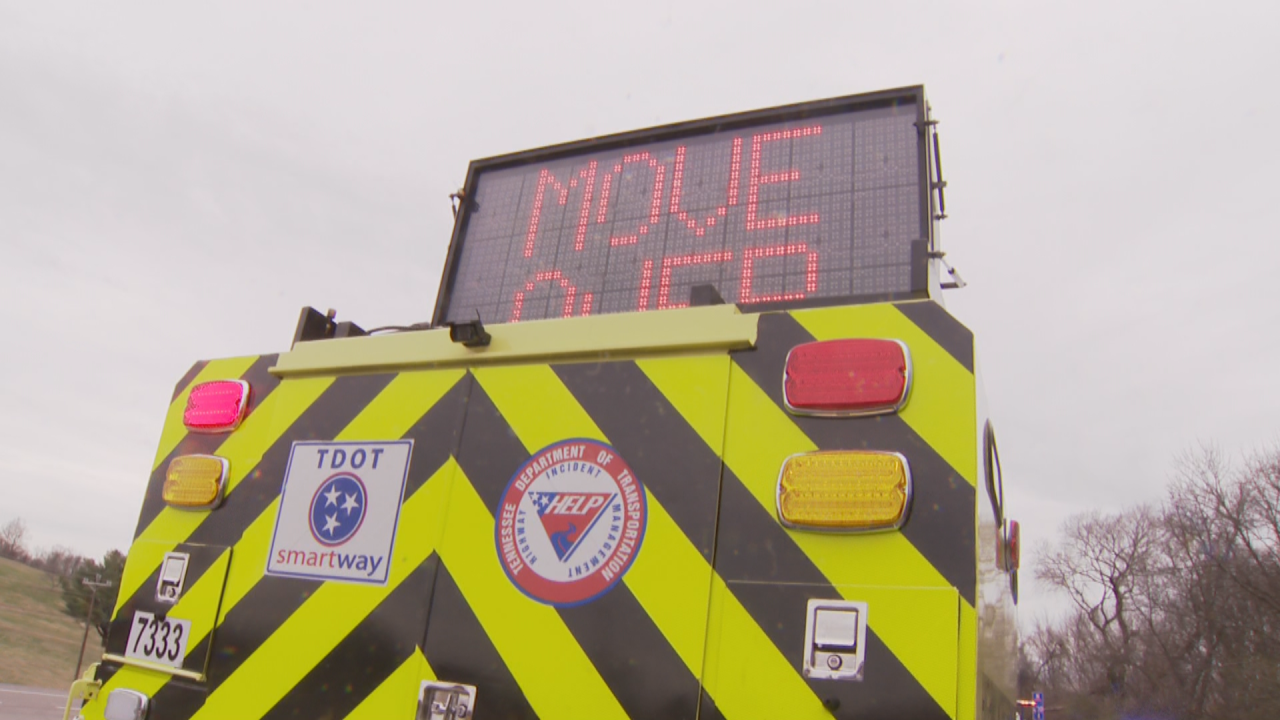 NASHVILLE, Tenn. (WTVF) — With more people on Midstate roads, it's more likely you'll pass someone pulled over for car trouble or a crash.

State law says if their flashers are on,you must move over or slow down. But many drivers aren't listening.

And it's possible at least some are new to the area, and may not know about the law.

Now, AAA, THP, TDOT, the Governor's Highway Safety Office and the TN Road Builders Association are teaming up on a push to change driver behavior.

Since the Move Over law was enacted, there have been nearly 100 crashes blamed on drivers' failure to comply, resulting in 37 injuries or deaths. Nearly 2,000 people have received move over citations.

And in the Middle Tennessee region, TDOT reports last year 17 different people either hit a TDOT help truck or the equipment around it due to failure to move over.

"Before I could get back I had noticed my truck had been struck," recalled Help Truck Operator Alex Shadowens.

Almost everyone who works on the side of the road has a story like his.

"They were okay," he said about the driver, "she did admit to being on her phone."

Tennessee Highway Patrol Lt. Bill Miller has two stories of his own.

"It's really scary when you're on the side of the road and you're trying to do your job," he said, "I have been in two near collision situations where I was almost struck on two separate occasions."

One of the vehicles clipped the driver's side mirror of a car, while he stood on the passenger side speaking to the driver.

Miller says it's still far too common a problem for people responding to a crash to become, or nearly become, crash victims themselves.

He says the biggest culprit is distractions. Distractions can range from texting or scrolling while driving to simply thinking about something other than what you're doing at the time.

He also blames the fact that everyone seems to be in a hurry.

The Auto Club AAA knows its operators are on the front lines.

"Tow operators are actually 15 times more likely to die in the line of service than any other private industry combined," said AAA Tennessee spokesperson Stephanie Milani.

Milani and other AAA staff set up a mock tow scenario on a test track in Nashville Thursday to remind everyone a 4-foot shoulder leaves no room for error.

That's why when someone's flashers are on, state law requires you to move over, away from the lane where they are parked.

If you can't change lanes you must slow down enough to exercise what's considered due caution. There is no set speed decrease.

"I try not to think about it much," TDOT operator Shadowens said about the dangers of his job, "you just have to watch your back."

But drivers can help. By paying attention and following the law they can prevent new close calls and tragedies.

In the past 70 years, 112 TDOT workers have been killed on the job.

And the life you save could be yours or your passenger's. Just this week 24-year-old Josie Walden was charged for the death of her passenger Austin Tice after she slammed into a TDOT Help Truck on I-24 in Rutherford Co in July.

To protect people on the side of the road, AAA offers a few precautionary tips: