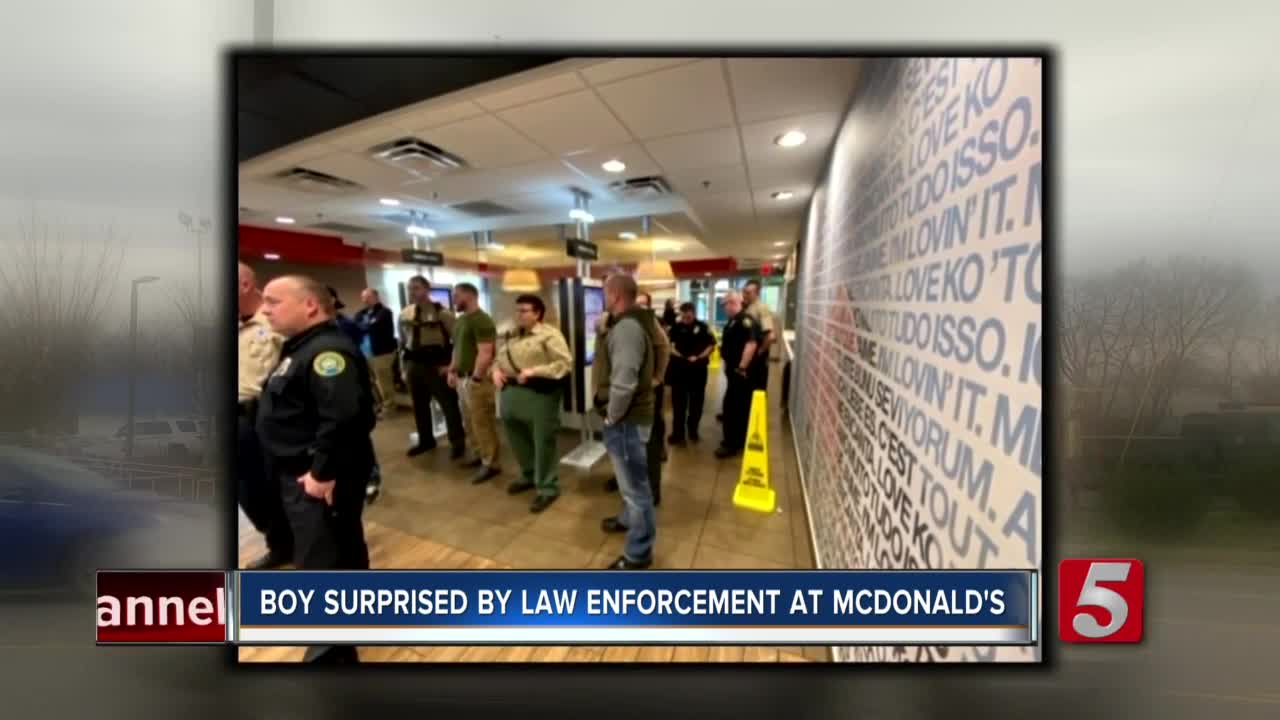 A 13-year-old boy who wanted to have a Dr Pepper with a deputy got his wish granted. 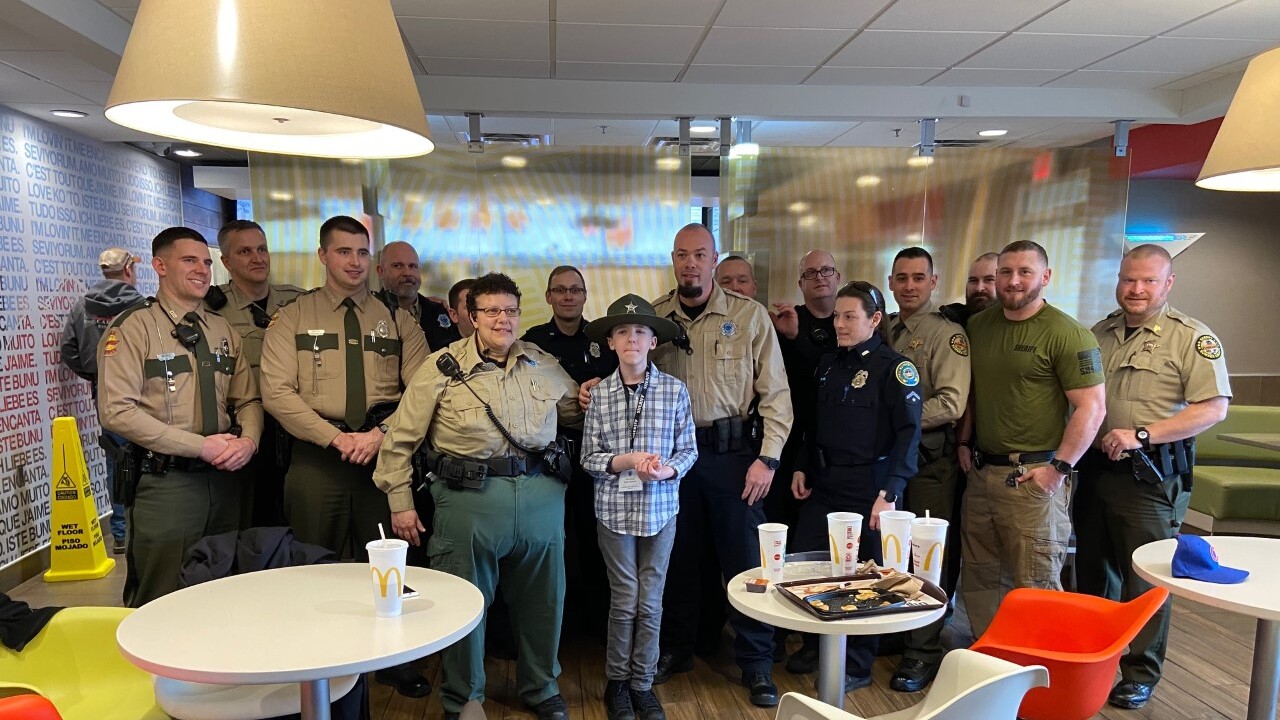 GALLATIN, Tenn. (WTVF) — A 13-year-old boy who wanted to have a Dr Pepper with a deputy got his wish granted.

While Bricen Henderson was expecting to meet one deputy, nearly two dozen law enforcement officers showed up on a Wednesday at the Gallatin McDonald's.

Henderson said, "I like having sodas with the police."

"He was super excited, the biggest smile I’ve ever seen on his face, clapping, I think he was on cloud nine the whole time he was there," Chris Vines said.

Henderson's grandmother, Cheryl Sague, said this was his reward for good behavior.

"He was jumping up and down, I mean he was so excited, because his goal was to have a soda with a policeman, and he got so much more," Sague said.

Initially, she posted on the Keep Castalian Springs Beautiful Facebook page asking if any law enforcement officers lived in the area. Sumner County Sheriff's Office deputy Chris Vines responded, and then reached out to his friends including deputy Brian Reynolds.

"He was super happy, but I don’t think he realizes the impact it had on us," Reynolds said, "I was just as happy as he was."

"Just seeing the joy that came across his face, and he started clapping himself, you could tell he really enjoyed it," Vines said.

Henderson has impaired vision, and he's autistic. He's a student at Tennessee School for the Blind. He frequently has appointments with Cleveland Gibbs, a behavior analyst. Gibbs created a system so that Henderson can earn tokens for following directions and making good decisions. If he gets to 75 tokens, Henderson gets to pick a reward. This time, he wanted to have a soda with a police officer.

"We work on tantrum behaviors," Gibbs said, "It proves that it works as a science."

The moment Henderson had with the Sumner County Sheriff's deputies, the Hendersonville Police officers, the Gallatin Police officers, and the Tennessee Highway Patrol troopers encourages him to keep reaching for the stars.

"I was just ecstatic, you know he’s 13 years old, and he may not have the same goals as other 13-year-olds, but he had a goal," Sague said," He knew what he had to do to reach the goal, and he reached the goal."

At the end of the day, he even got to ride in a sheriff's vehicle where he got to play with the sirens. It was a day Henderson will cherish forever.

According to Sague, he's already met his next token goal. On Sunday he got to go back to McDonald's for a soda.