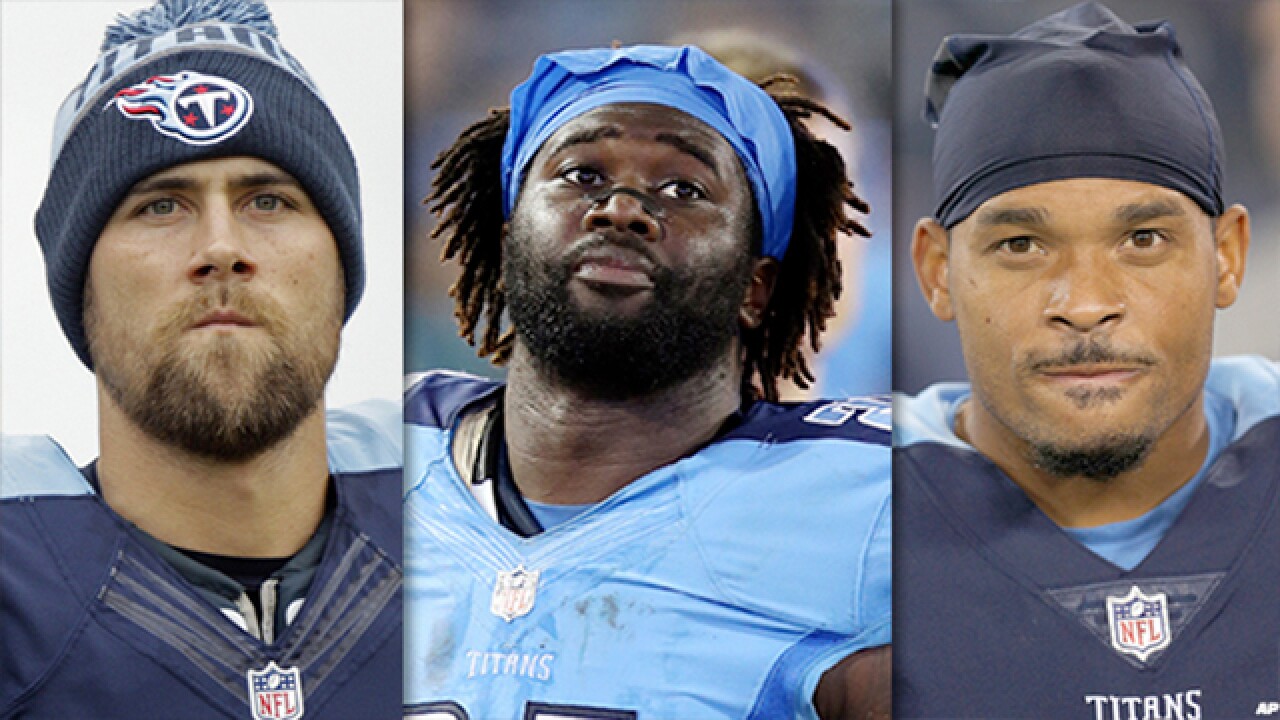 Copyright 2018 Scripps Media, Inc. All rights reserved. This material may not be published, broadcast, rewritten, or redistributed.
&lt;p&gt;Courtesy: titansonline.com&lt;/p&gt;

Three more players have been informed by the Titans that they’re being released from the team.

The team released the following information on the three players on the Titans website:

Cassel, a 13-year NFL veteran, spent the past two seasons as Marcus Mariota ’s back-up with the Titans.

Cassel played in six games, with two starts, with the Titans. Cassel guided the team to a win over the Texans in the 2016 season-finale when he completed 16-of-26 passes for 150 yards, with a touchdown and an interception.

Cassel started one game in 2017 – at Miami. He completed 21-of-32 passes for 141 yards with a touchdown in that contest, won by the Dolphins. Cassel also relieved Mariota when he suffered a hamstring injury at Houston on October 1.

Cassel, 35, has played with the Patriots, Chiefs, Vikings, Bills, Cowboys and Titans during his NFL career, which began in 2005.

In addition to Mariota, the Titans have quarterbacks Alex Tanney  and Tyler Ferguson under contract. Brandon Weeden  is scheduled to become an unrestricted free agent next week.

Searcy, who signed with the team prior to the 2015 season, played in 45 games over the past three seasons, including 33 starts. In 16 games last season, Searcy posted 27 tackles while starting six games.

At safety, the Titans have Pro Bowler Kevin Byard  and veteran Johnathan Cyprien , who signed as a free agent last offseason. Safety Brynden Trawick  also returns, while Curtis Riley  is a restricted free agent. Denzel Johnson , signed as an undrafted free agent, is also under contract.

Searcy played his first four seasons with the Buffalo Bills.

Weems signed with the Titans last offseason after playing previously with the Falcons and Bears.

Weems, an 11-year veteran, finished third on the team with 12 tackles on special teams. He also caught one pass for five yards while playing receiver.