What Is The Fate Of Barry's Transit Plan After Her Resignation? 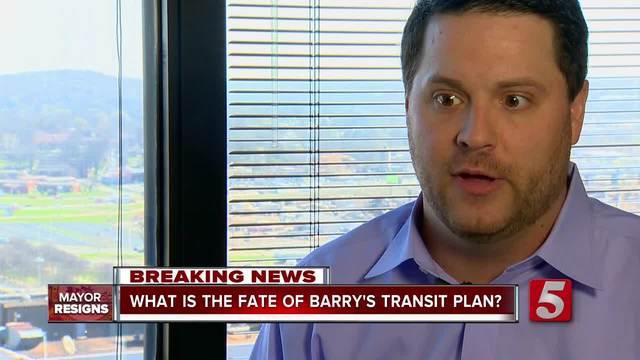 Officials at The Beacon Center of Tennessee have questioned former Nashville Mayor Megan Barry’s other decisions after an affair and investigation into the use of funds led to a guilty plea and her resignation.

The government watchdog organization was among those calling for an investigation into the mayor since Barry admitted to a nearly two-year affair with her bodyguard from the Metro Nashville Police Department.

After Barry plead guilty to theft Tuesday at the Historic Metro Courthouse and later resigned, center officials said she made the right call.

“Obviously, we’re glad that she did based on everything’s that happened,” said Beacon Center spokesperson Mark Cunningham. “With everything that’s going on and what had happened, we would have liked to have seen the resignation at least a couple weeks ago. It’s a shame that it took a felony conviction for her to step down.”

In early February, Cunningham said the affair between the mayor and her bodyguard was none of their business, but the possible misuse of taxpayer money concerned them.

From Barry's massive transit plan to the soccer stadium, the Beacon Center has never been a supporter.  Cunningham said they were concerned about Barry’s overall use of taxpayer money.

"Ultimately, I think we had issues with the way the administration has spent money generally," he said.

The Beacon Center has voiced opposition to Barry’s use of public funds for a new MLS soccer stadium and her multi-billion dollar transit plan. They said the affair with former police Sergeant Rob Forrest and the corresponding increase of overtime pay was indicative of other potential problems.

“I think it’s going to make everyone take a second look at some of the policies she pushed, whether it’s giving a bunch of taxpayer money to the soccer stadium, or whether it’s this transit plan,” said Cunningham.

The Center issued a statement Tuesday saying they looked forward to working with the new mayor.

A transit supporter tweeted at NewsChannel5's Alexandra Koehn saying, "This plan started before her and will continue after her. Our transportation woes are just as bad today as they were yesterday, We need Mass transit."

Transit for Nashville also issued a statement from their 120 members who represents thousands of Nashvillisans:

"The Transit For Nashville coalition is moving full speed ahead. The people of Nashville made their voices heard over years of public input and deserve to vote on May 1. Our team has been busy, and we know busier days are ahead. We will continue to work hard and share with voters why Nashville needs better transportation options to keep the city moving."

The transit plan will be on the ballot May 1st.