A new state law seeks to give forgiveness for people who accidentally ignore "No Firearms" signs at businesses. 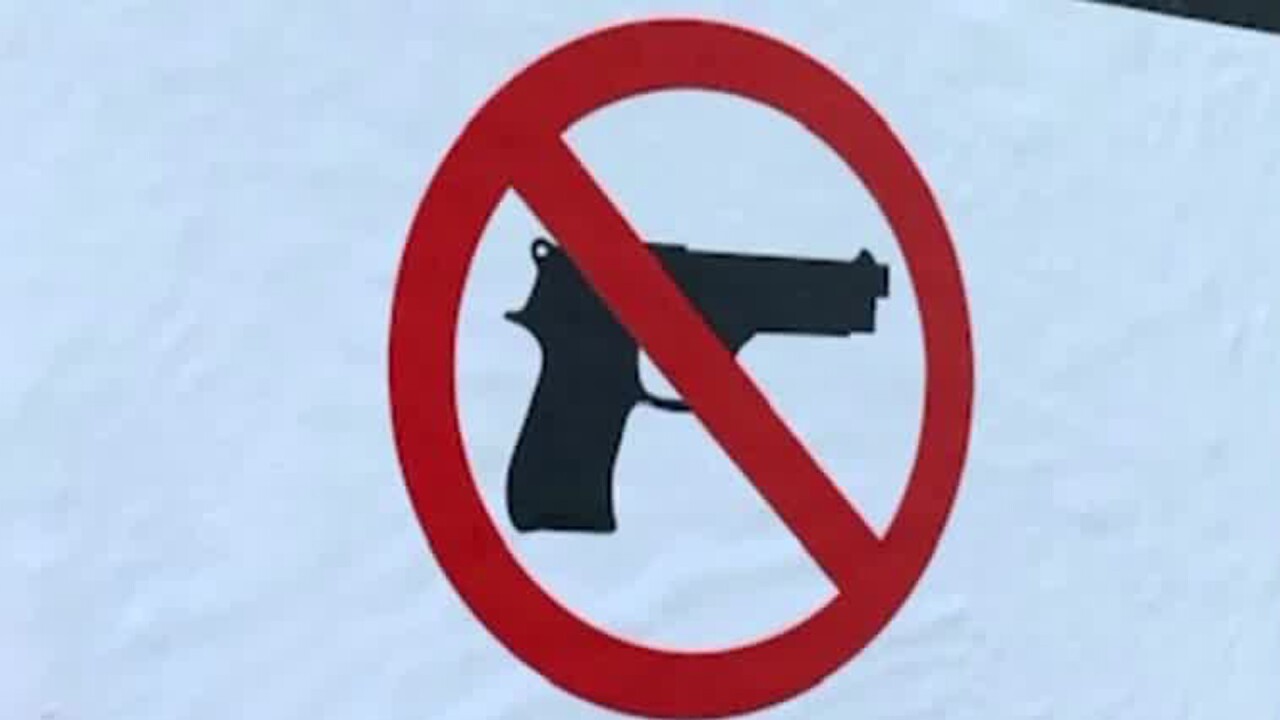 NASHVILLE, Tenn. (WTVF) — What do you do if you're legally allowed to carry a handgun and you accidentally walk into a business where a "no firearms" sign is posted?

Under Tennessee law, you've just committed a misdemeanor, but state house representative Clark Boyd says you shouldn't be punished for an accident.

He's brought a bill that would grant mercy to someone who ignores posted "no firearms" signs at businesses, but didn't mean to.

Boyd cited a situation where a handgun carry permit holder might have to chase their children into a store with posted signs.

"If you were in the business, because that circumstance happened, and someone mentioned it to you, or you saw a sign somewhere else in the building, you have broken that law," said Rep. Boyd. "The moment you step through that door, you've committed a crime, and all you want to do it make it right."

In Tennessee, ignoring the signs is a Class B misdemeanor, punishable by a $500 fine.

However, this would give handgun carry owners a defense to paying that fine.

Boyd admits that in the past five years, no violations were given for gun owners committing the crime, but he believes this sets a guideline in case such a circumstance were to happen.

Opponents of the bill said it would give an excuse for handgun carry permit holders to ignore the law.