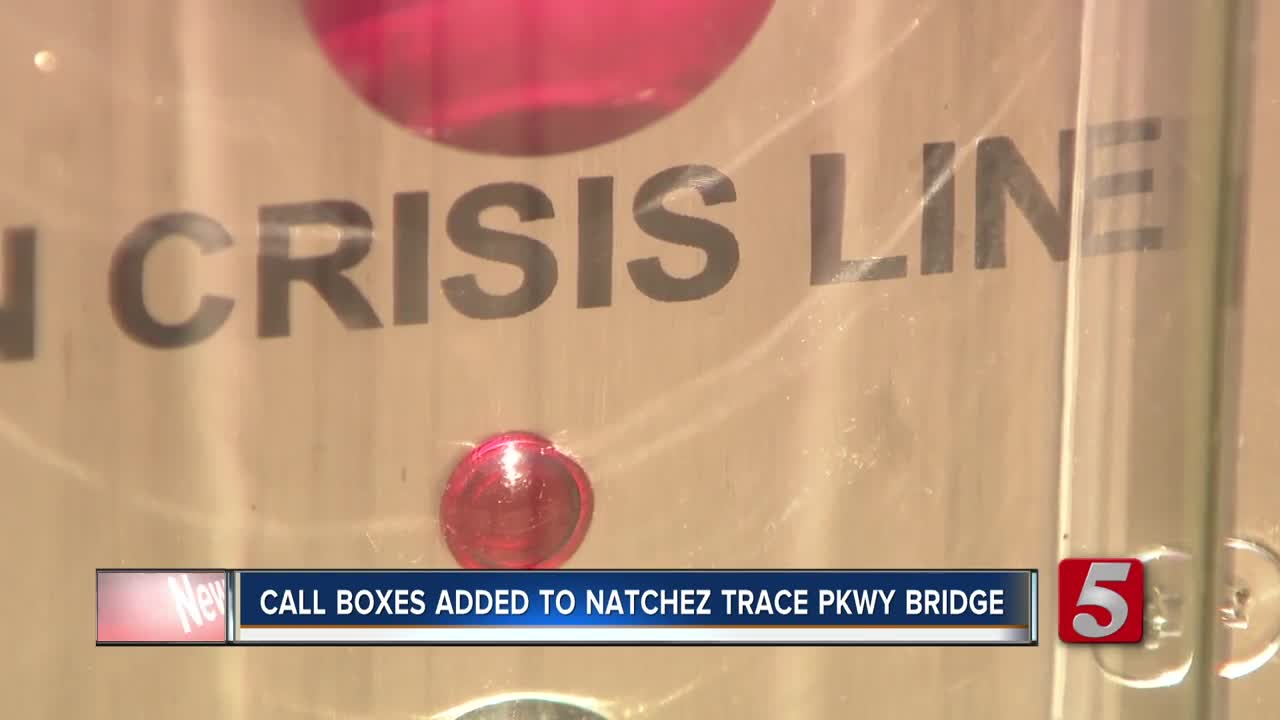 Two new call boxes to help with suicide prevention have been unveiled on the Natchez Trace Parkway bridge. 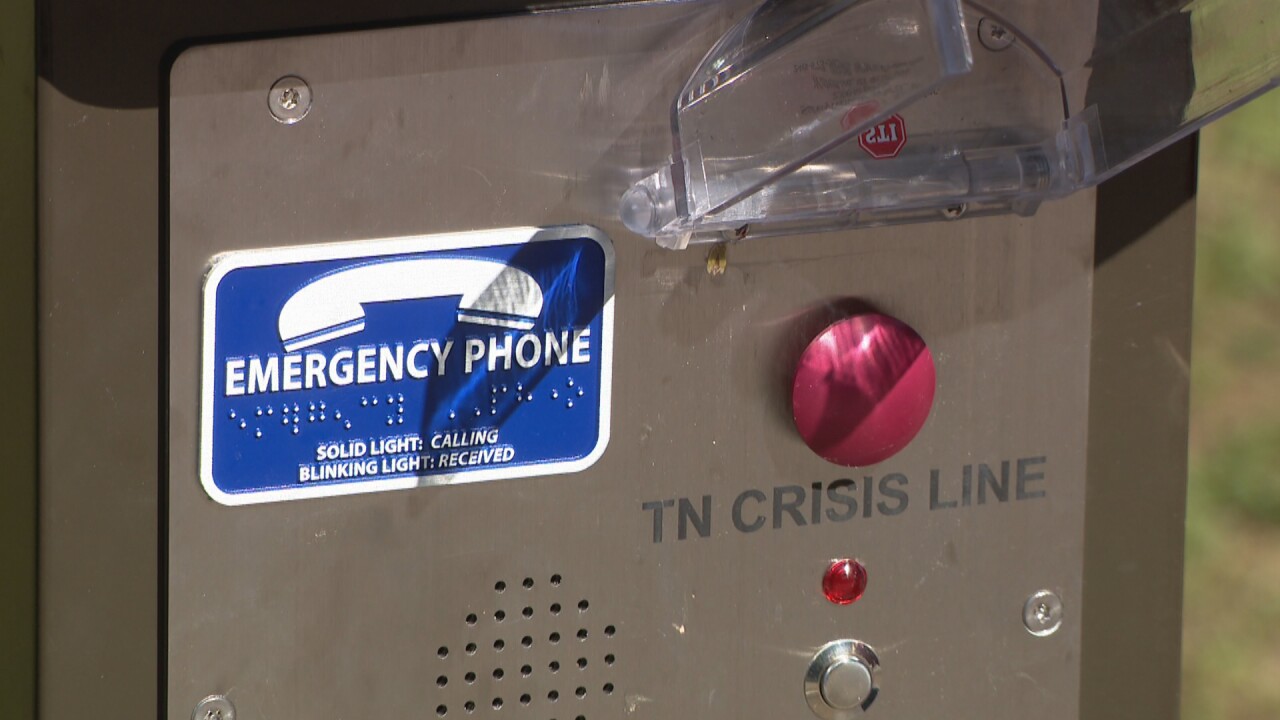 The parkway, which runs through Williamson County, ranks in the top 10 for suicides within the National Park System.

The bridge itself is considered a feat of engineering. It is award-winning, beautiful and beloved by locals and visitors.

But the bridge was originally built as a highway bridge. That means it wasn't meant for pedestrians, and it has railing that only reaches 32 inches high.

Those low railings attract a darkness to it that can tear families apart.

"I knew he had these thoughts," said Trish Merelo about her 17-year-old son John, who jumped to his death in 2016, "we were monitoring him, we were watching him, but I guess deep down I didn't think he'd actually do it."

So far, 29 people have killed themselves by jumping from the bridge. Including another young man on Tuesday.

"He had so much going for him, he was academically gifted, he was in marching band, he had wonderful friends," Trish said about John "this can't just quietly be allowed to go on."

In her grief, she helped form the Natchez Trace Parkway Bridge Barrier Coalition, which has been pushing for action to prevent suicides on the bridge for almost a year. And they've gained traction with the local community and lawmakers in the area.

The Federal Highway Administration and Natchez Trace Pkwy staff recently allocated $1.2 million to research and identify possibly solutions like a barrier, but the task is complicated. Because the bridge is on federal land and is such an important engineering and cultural landmark, federal regulations won't allow a barrier that changes the look or feel of the bridge. With those obstacles, construction likely won't start on some sort of barrier until 2023.

A group of University of Tennessee engineering students is also working on the problem for their senior design project this semester.

In the meantime, Trish, the National Parks Service and lawmakers unveiled the two call boxes Wednesday they hope will make a difference.

"As we worked on how to make the call boxes viable in a rural setting, technology finally caught up," explained Chief Ranger Sarah Davis.

Each call box lights up blue and has a large, red button to immediately connect someone with mental health professionals. There is also a button to dial 911.

Congressman Mark Green was one of many grateful to Trish that her year long push led to this.

"You've taken action and it will save probably hundreds of lives," he said to her.

Senator Lamar Alexander also showed his support, voicing what many people think when they come across the dark truth about the bridge in Williamson County.

"It's difficult to think of tragedies in such a beautiful place."

Trish is encouraged by the swell of support. And the recent action. She just hopes the call boxes buy time for someone else's loved one.

"Time is your friend when you are someone who is suffering from deep depression," she said, "you won't always feel this way. You won't."

Merelo doesn't know if the call boxes would have saved John, but hopes they will make others stop and reach out for help.

If you or anyone you know is having thoughts of suicide, there is help. Call the crisis hotline at 855-Crisis-1.