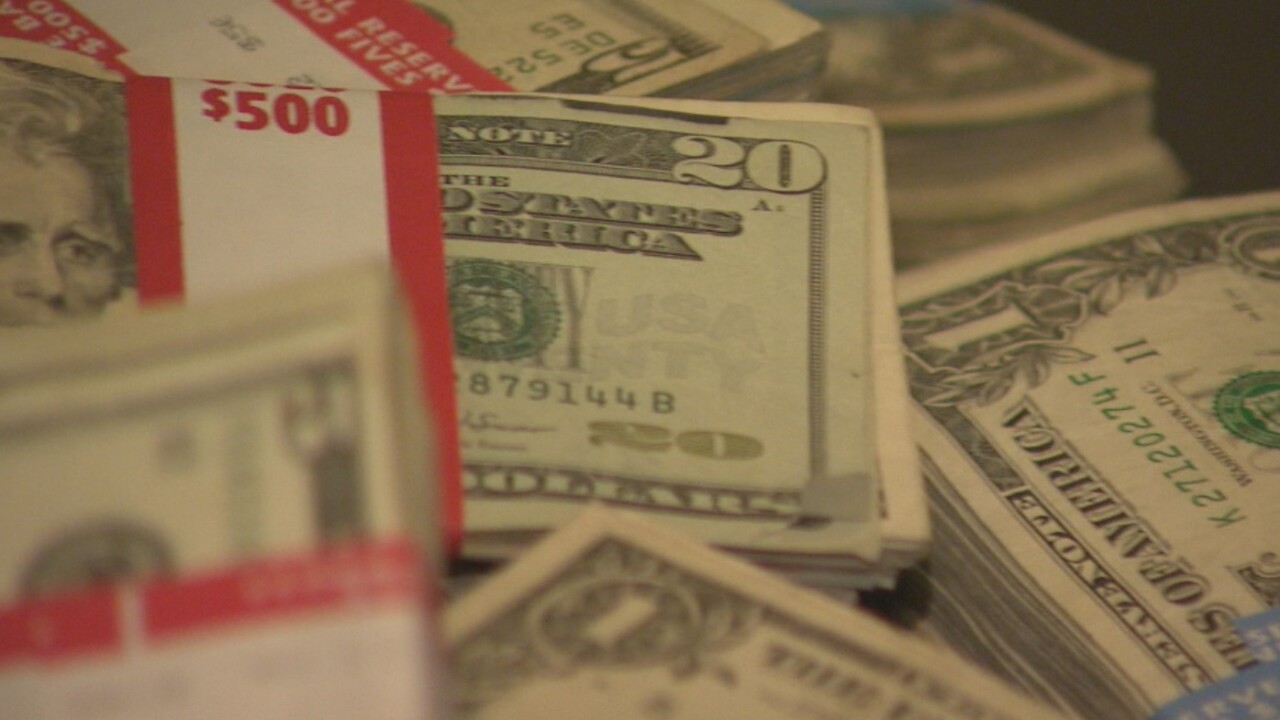 NASHVILLE, Tenn. (WTVF) — The Tennessee Comptroller's Office released reports of the 2017 and 2018 fiscal year that detail over $3.5 million in misused or stolen funds from local governments across the state.

The report dove into the cash shortages from county governments in 2018 and municipalities and other organizations in 2017 and found a total unrecovered shortage of $3,523,129.

NewsChannel 5 took a look into the comptroller's report of theft and misuse in Middle Tennessee governments and organizations.

The comptroller's report found the Manchester Coffee County Convention Center had a cash shortage of $31,097 at the end of the 2018 fiscal year. The report said a former general manager withdrew money from the center's bank account for personal use and paid personal bills. The former employee was found guilty in 2016 of one count theft over $10,000 and two counts official misconduct. The center still has not recovered the money in restitution.

From August 2014 to August 2017, the H.G. Hill Middle School School Parent-Teacher Organization President stole at least $31,490 from PTO funds. The report said the former PTO president spent $8,475 with the PTO debit card on 36 personal purchases including home rent, car payments, utility and cable bills, clothing, furniture, snacks and cigarettes. She spent $6,832 on 25 ATM cash withdraws, and took $10,102 from the spring 2017 candy bar sale, $2,090 from the fall coupon book sale and $1,911 from the 2015 and 2016 spirit wear sales. The report added the former PTO president also wrote herself a $2,000 check from the PTO account. She was indicted on one count of theft over $10,000 and one count of fraudulent use of a credit or debit card in February 2019.

The comptroller's report also included the fallout from a NewsChannel 5 investigation into former Mayor Megan Berry and her affair with her police bodyguard Sgt. Rob Forrest. The investigation found Berry and Forrest used government money to pay for personal travel and overtime. In 2018, Berry pleaded guilty to theft in excess of $10,000 and paid $11,000 in restitution. Forrest pleaded guilty to the same charge and paid $45,000 in restitution.

Also in 2018, the Metro police department saw a cash shortage of $109,910. The report says a Metro narcotics investigator stole the money from November 15 to November 17. The investigator pleaded guilty in June 2018 and was sentenced to serve 10 years in prison and a $250,000 fine. The former officer was also ordered to pay $80,989 in restitution. The remaining shortage will be written off by the government.

In 2017, a Mount Pleasant police officer collected $1,578 in traffic tickets by stealing the money and destroying the tickets, the report said. The officer was fired and paid $1,518 to the department. The remaining $60 was deemed uncollectable and written off.

By the end of fiscal year 2017, Clarksville Gas, Water and Sewer Department had a cash shortage of $41,578. From January 2011 to January 2016, a former materials management technician used a department purchasing card to buy $47,518 in various items including children's tennis shoes, clothing, and health and beauty products. The report says the former employee fabricated forms and other documentation to hide the nature of the purchases and logged fake items into the inventory system. He was fired by the department in 2016 and indicted on three counts of theft over $10,000, one count of official misconduct and 10 counts of forgery. In June 2017, the employee had made restitution payments of $5,940, leaving the department a $41,578 cash shortage during the 2017 fiscal year.

In 2016, a former Gallatin government administrative assistant withheld cash collections from deposits, taking change funds from her cash drawer and manipulating the city's accounting system. The report said the employee used the cash to pay personal bills and expenses. They were fired by the end of 2016 and indicted on one count theft over $1,000 and one count official misconduct in April 2017. The employee balanced the city's cash shortage of $1,173 by paying full restitution.

During the fiscal year 2017-2018, Sumner County Schools had a cash shortage of $5,000 following an investigation of a district employee. In 2012, the school district was missing $18,697. It was later learned an employee purchased personal items with school funds. The former employee was found guilty to one count of theft of property between $10,000 and $60,000, sentenced to six years probation and ordered to pay restitution. The district was paid $13,697 by its insurance company, but the remaining $5,000 has yet to be paid. The report said the former employee has not paid any restitution.

The Recreational Department has an outstanding cash shortage of $32,352, according to the report. An audit of the 2005-2006 fiscal years found $45,037 was taken from the Fairview Recreational Center. An unnamed person pleaded guilty in the case and was ordered to pay restitution. However, the defendant has only paid $12,685, $246 of which was paid in 2018.

The report said from January 2015 to August 2017, a Williamson County Parks and Recreation assistant adult sports coordinator took $7,615 that was designated for an adult softball league. He collected the money from patrons as payment for league registration fees and out-of-county fees and failed to turn it over for deposit. The former employee also altered records to hide his actions. He pleaded guilty to one count theft under $1,000 and one count official misconduct. He was sentenced to supervised probation and paid court-ordered restitution in full.

A former employee of the Office of Trustee pleaded guilty to theft under $1,000 after $14,333 was removed from the department's accounts. In 2017, the county collected $11,833 from insurance, but in late 2018, the former employee was ordered to pay the insurance company back in full and pay $2,500 to the county. The restitution was paid by the end of the year.