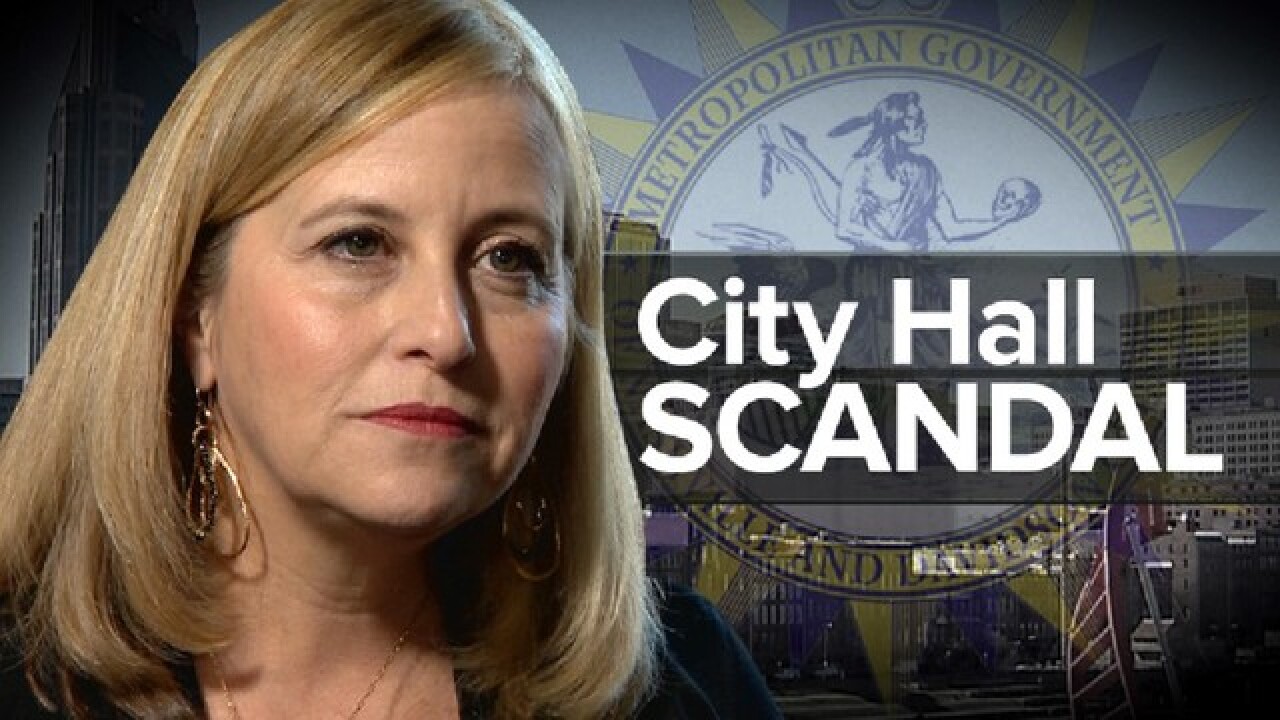 Here is the timeline:

NewsChannel 5 submits request for records relating to Forrest’s travel and overtime, as well as the mayor’s communications with her security detail.

Barry admits the affair with her police bodyguard, Sgt. Rob Forrest -- first, in an exclusive interview with NewsChannel 5 Investigates. Her office releases the records requested by NewsChannel 5.

Bodyguard Responds To News Of Affair With Mayor

DA Glenn Funk asks the TBI to look into Barry's affair. NewsChannel 5 Investigates uncovers new pictures showing the two together on taxpayer-financed trips and data showing that Forrest charged taxpayers for overtime that amounted to 32 extra work weeks in 2017.

DA Asks TBI To Investigate Mayor's Use Of Funds

No Complaint Filed With Council Ethics Board

NewsChannel 5 Investigates uncovers new details about some of the mayor's trips, as the Metro Council begins preparing for what could be an unprecedented investigation. They want to know whether Barry abused taxpayer money in her two-year affair with her police bodyguard.

Mayor's Spending May Be Investigated

Mayor's Lawyer: There Are No Other Affairs

Billboard: 'We Love Our Mayor'

Councilman: Mayor May Not Be Fit To Govern

New information shows that Barry frequently traveled without security early in her term. But, as her affair intensified, she and Forrest began traveling together more frequently at taxpayer expense. NewsChannel 5 Investigates discovered Forrest's overtime made him the second-highest-paid person in the Metro Police Department in fiscal year 2017, just behind the chief.

Committee Resolution Will Seek Outside Help

In a nearly unprecedented move, Metro City Council members vote to appoint a special committee which will investigate whether public funds were improperly used during Barry's two-year affair with her police bodyguard.

Committee To Investigate Mayor's Use Of Funds

In a second exclusive interview, Mayor Barry tells NewsChannel 5 Investigates that she's prepared to write a check if investigators question any of her use of taxpayer money.

Nashville Mayor: 'I Just Want To Make It Right'

Documents released by the mayor's office show Forrest's travels with Barry were approved by Police Chief Steve Anderson. But the police department denied that ever happened. IT officials blame a computer glitch for registering the bogus approvals.

Auditor To Work With Committee Investigation

NewsChannel 5 Investigates uncovers security video showing that Mayor Barry and Sgt. Forrest found time alone in the early mornings in Nashville's historic City Cemetery. Meanwhile, a newly filed search warrant affidavit reveals that TBI agents have recovered two nude photographs of a woman taken by Forrest while he was being paid by taxpayers to protect Barry.

Ethics Board To Meet Following Complaint

Barry has surrendered the passcode for her personal phone to the TBI, her attorney says in a statement. Meanwhile, documents obtained by NewsChannel 5 Investigates show Barry's attorney asked DA Glenn Funk to recuse himself from the case.

For weeks, Barry insisted she was just following police department policies for her security. But NewsChannel 5 Investigates discovers there was actually a written policy -- and it looks a lot different from what the mayor suggested.

Nashville Mayor Megan Barry resigned after pleading guilty to theft charges in criminal court. Barry pleaded guilty to theft of property over $10,000 -- a Class C Felony. She will pay $11,000 in restitution and serve three years' probation.

7 Potential Candidates For Next Nashville Mayor

Did Megan Barry Get What She Deserves?

Board To Discuss Forrest's Pension After Plea

Almost six months after Megan Barry's resignation as Nashville's mayor, a new audit is out on how much her affair cost the city. And the answer is: nobody knows.

How Much Did Affair Cost Taxpayers?