Dozens were displaced following a large apartment fire in Bellevue.

Dozens were displaced following a large apartment fire in Bellevue.

The blaze broke out Monday night at Creekwood Apartments on the 7400 block of Highway 70 South.

Firefighters were able to get the fire under control. They rescued a cat from one of the apartments and thankfully, no injuries were reported.

According to the red cross and property manager, a total of 24 apartments were impacted by the fire. The red cross assisted 23 people who were displaced.

Many residents had to save what they could and rush outside.

Mayor Megan Barry and and Council Member Sheri Weiner visited the apartment complex to talk to first responders and residents. 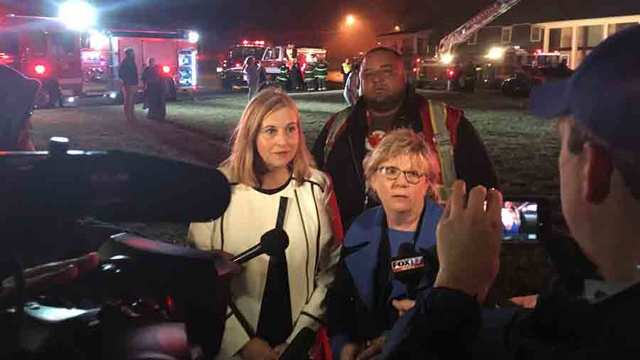 Officials said the fire started due to electrical wiring failure, igniting combustible materials in a chase between apartments. A chase is a groove or space in walls or through floors of a building for piping or ducts.

Fire officials said there were no sprinklers in the building, but there were working smoke alarms.

Shelters were made available at Bellevue Church of Christ and Bellevue Middle School. Officials from the Red Cross also responded to the scene to help those displaced.

The American Red Cross set-up command at the Bellevue Church of Christ, 7401 Highway 70 South, where staff and caseworkers will assist victims with lodging, medication, personal needs, counseling, food and finances. They can be reached at 615-250-4300.

The same apartment complex also caught fire in 2000. In that incident, 16 units were destroyed while firefighters struggled with water issues. No one was hurt in that blaze either.